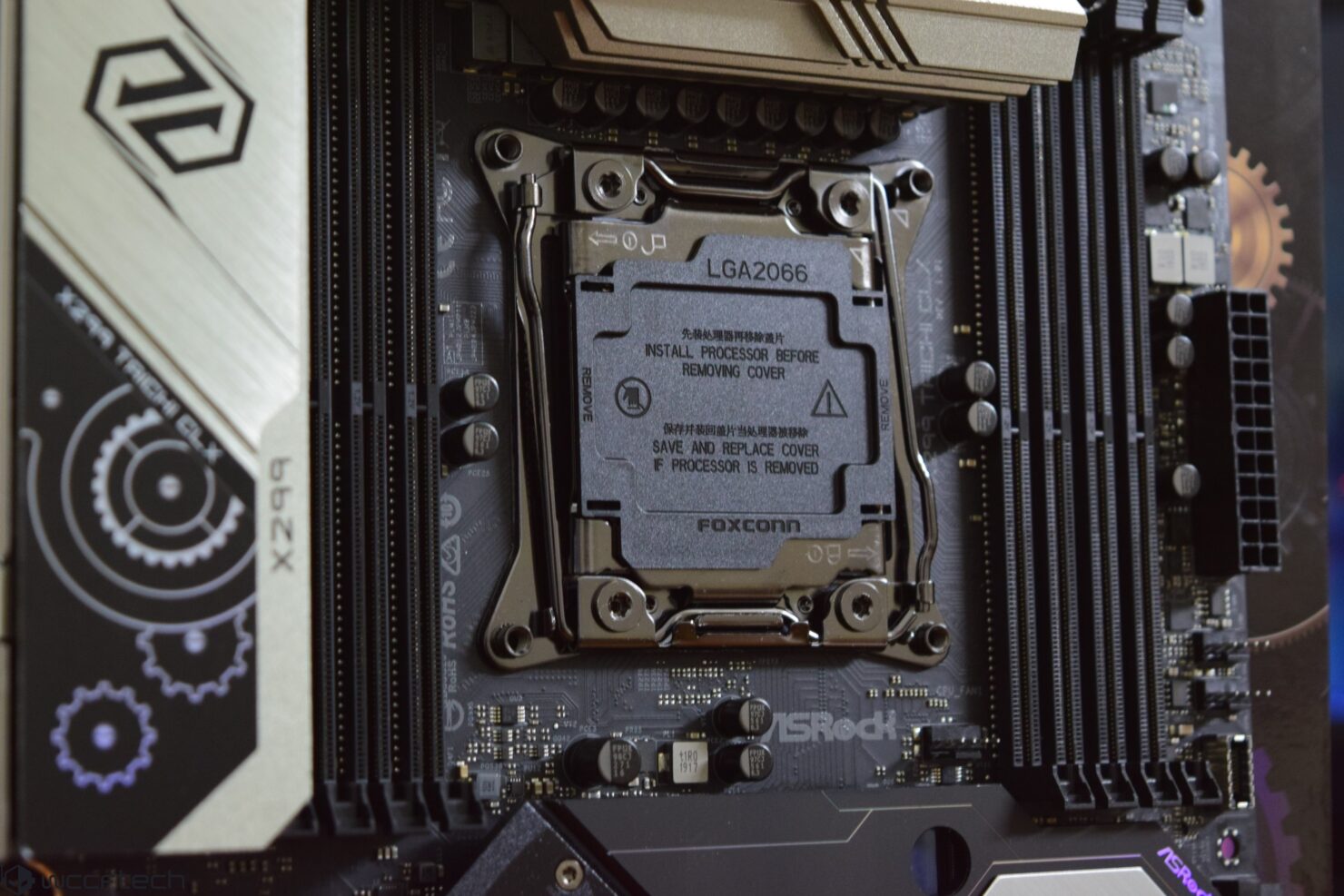 ASRock has tweeted out about how the well-known overclocker Nick Shih has used the ASRock X299 Taichi CLX motherboard to get an astounding amount of RAM installed. Nick Shih used the consumer-grade X299 motherboard (review here), which generally only offers support for up to 256 GB of non-ECC DDR4 RAM and loaded it up with 1 TB of RDIMM DDR4 memory.

The RAM that Nick Shih used were eight SK Hynix 128 GB LRDIMM (load-reduced DIMM) modules, even though the X299 Taichi CLX doesn't officially support ECC (or Error Correction Code) and doesn't offer any support for LRDIMM modules. LRDIMMs may look like typical DDR4 modules but they are currently only supported by workstation motherboards and no consumer X299 board can support it right now. However, that is about to change as ASRock is prepping up a new BIOS that would enable RDIMM support on the consumer-grade X299 motherboards with 7th, 9th and 10th Gen processors. 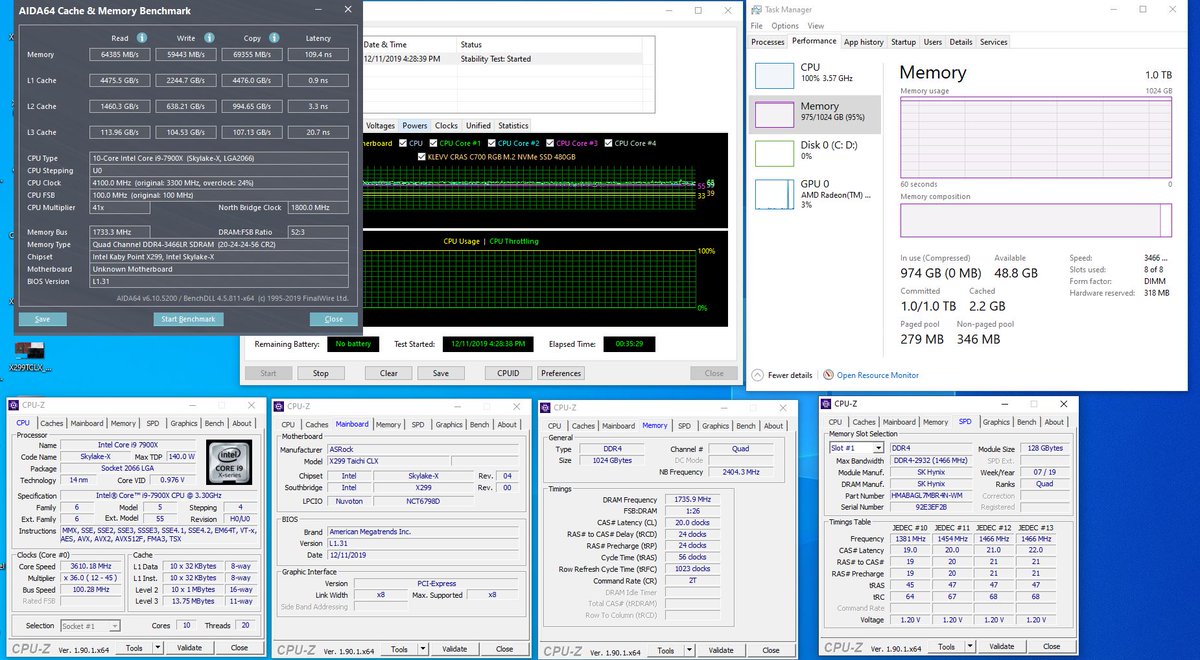 Nick Shih has already used the LRDIMMs in a couple of other builds in his portfolio. Usually, the LRDIMMs have a max speed of just 2,666 MHz. The modules that were featured on the test setup were 'HMABAGL7MBR4N-WM' which comes with a clock speed of 2,933 MHz, timings of CL21-21-21-47 and a default voltage of 1.20V. Another tremendous adventure that Shih has done with LRDIMMs is overclocking them to reach an immense speed of 3,471.8 MHz, with the timings of 20-24-24-56, which is heavily reliant on the IMC (integrated memory controller) inside of the CPU itself. LRDIMMS works in a similar fashion to Registered DIMMs but they buffer the address and control signals through register logic.

Samsung had announced its 256 GB LRDIMMs last year, which would be quite the task for Shih to take on if he chooses to, but 2 TB of RAM in a consumer motherboard would be a fantastic sight. This is the highest amount RAM currently installed in a consumer-grade motherboard, and the only other option would be the MAC Pro, which offers 1.5 TB of RAM at its highest configuration. The Mac Pro costs roughly up to $52,000.