ASRock is a well known brand in the tech world, and the past couple of years have garnered them even more fame, all thanks to their quality motherboard lineup, specifically the ASRock Z77 Fatal1ty and Z77 OC Formula. ASRock similarly showcased their upcoming Z87 motherboards at Computex 2013, and today we bring you a rather unusual ASRock product announcement. 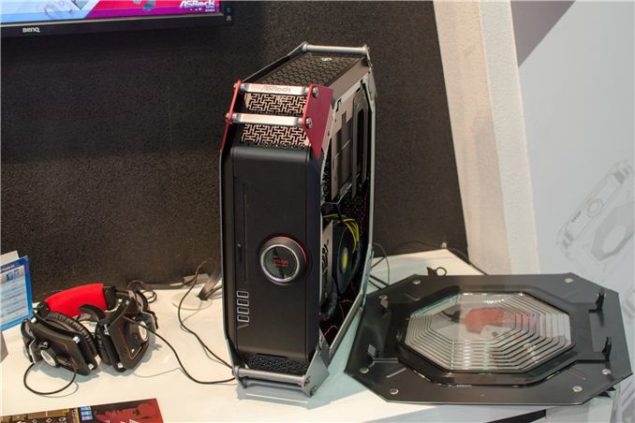 Images are courtesy of Anandtech!

That's right folks, ASRock has unveiled it's own mini-ITX gaming system, it has been going for a while now, but ASRock finally took the plunge and feasted upon our eyes, the M8. The specifics about the system are still unknown but ASRock offers a vast variety of components of your choice, the better the expensive. Though it is known to pack Intel's Haswell CPU and motherboard combo. ASRock also tells that the system can pack discrete graphics card as big as the Nvidia GeForce GTX Titan, although you have to remove  the top of the tower, which will give you access to PCI-E riser card inside.

The ASRock M8 sports a sleek chassis design, it was designed in corporation with BMW (Bavarian Motors Company), hence also the name M8 (M for BMW and for 8 series Intel chipset). Button placement include a i-Drive like knob  which functions as a power button, it also allows for quick cycle through all the features of the case's menu including the control of the case's fan speed's and allowance for temperature monitoring through it's small OLED display. The side panel is another sleek part of the system, instead of the usual screws, ASRock has used magnets to to hold the panel together. A pretty neat feature indeed.

The ASRock M8 mini-ITX gaming system bare-bones will retail for $499. 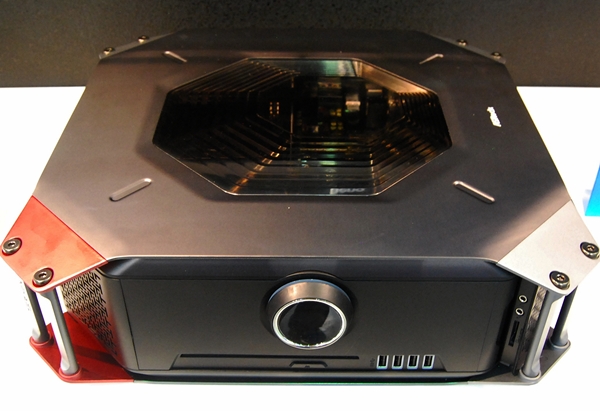 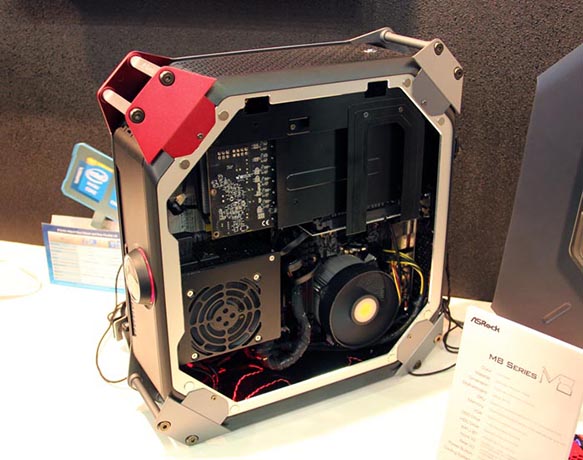