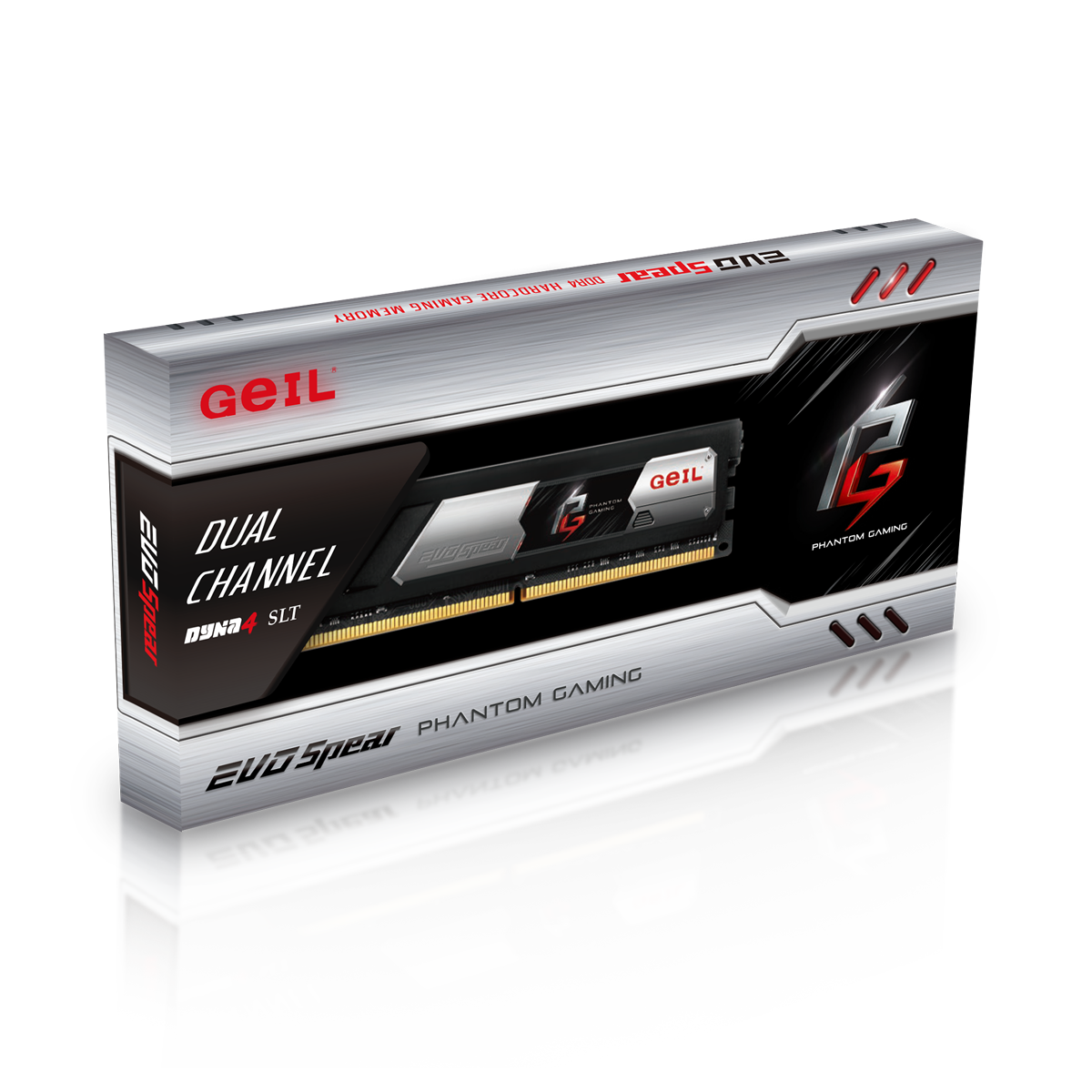 These sticks of RAM come with a very low profile heat spreader to allow space for any air cooler. These are similar in design to the Patriot’s Signature Premium DDR4 memory. These sticks would be great for small form factor systems such as the Ghost S1. This kit will be offered for both AMD and Intel platforms in capacities ranging from 4GB to 64G. As many of you know, AMD can be a little finicky with the memory and whether it accepts it, so they have a Ryzen version which says Ryzen on the heatsink.

Individual stick capacity goes up to 16GB. The speed of the memory ranges from 2,400MHz-3200MHz. The memory specialist confirmed that the CAS latency speeds will be in between C15-C17 and the voltage 1.2-1.35V. This also comes with Intel XMP 2.0 profiles for a quick and simple setup. I wouldn’t say this would be for a serious overclocking because of the low profile heat sink and this isn’t geared toward overclockers. GeIL says that memory modules are tested rigorously tested with the brand's proprietary DYNA 4 SLT Tester to guarantee maximum stability and reliability. After their tests, they are confident that it will never fail because they gave it a lifetime warranty.

Pricing nor the release date have been released, but we would have to assume that these are going to be at a lower price because the heat sink makes it look like a budget model.