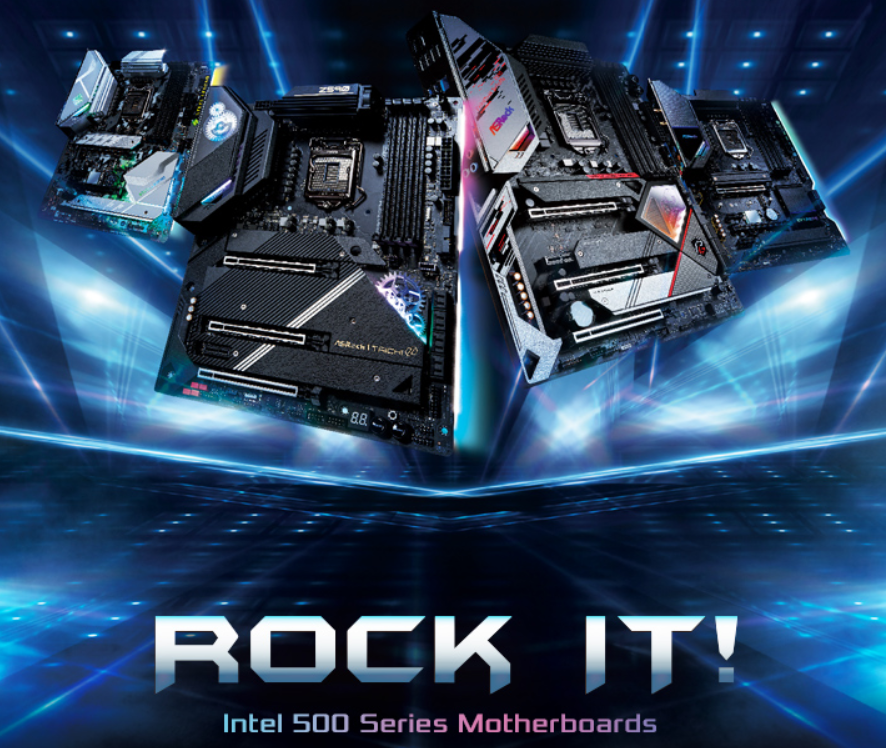 ASUS might be recognized as the brand of choice for gamers and enthusiasts when it comes to motherboards but it looks like the company has lost its market share lead to ASRock in Japan. It was revealed in the latest BCN Ranking report that ASRock has toppled ASUS's reign in the board segment for the first time in 10 years.

BCN Ranking numbers are based on sales databases collected and aggregated from actual sales data of PCs & components from major retailers and online DIY shops which account for an overall 40% of the Japanese PC market. As per the report, ASUS has been the top brand in the Japanese motherboard market for quite a while but times have changed.

The report shows that ASUS at one time had a motherboard market share of close to 50% and held top from April 2011 till February 2021 but that has gradually been falling. However, since the mid of 2019, ASRock's share had steadily climbed to an average of 30% and even closed the gap by 2.6% in 2019. In February 2021, the gap between ASUS and ASRock motherboards was just 1% but during the previous month, ASRock's share climbed to 37.9%, marking a 3.7% gain over ASUS. 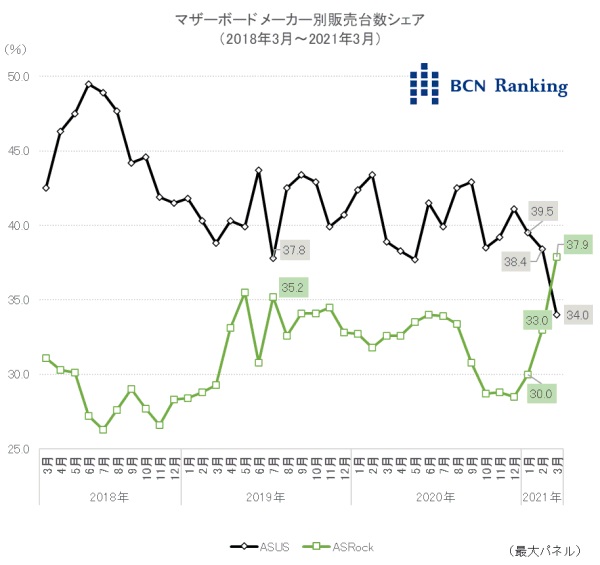 BCN Ranking report shows that ASRock has outpaced ASUS as the motherboard brand in Japan.

This marks the first time in the last 10 years that ASRock has managed to beat ASUS in the overall motherboard market segment. It also comes in as no surprise because while ASUS has generally put a more premium price tag on its motherboard lineup whereas ASRock now offers much higher quality boards with feature-rich designs at much more attractive prices. There are even options that offer better features for lower prices compared to ASUS.

For example, the recently released ASUS PRIME Z590-A motherboard costs $279.99 US whereas ASRock's Z590 Steel Legend with WiFi 6E costs just $211.99 US. We tested the Z590 Steel Legend in our review and find it to be a great value at its price. ASUS also raised the prices of its components for the PC segment stating operating costs, logistics, and higher price of components as the main reason which also affected the sales of its products in the DIY segment.