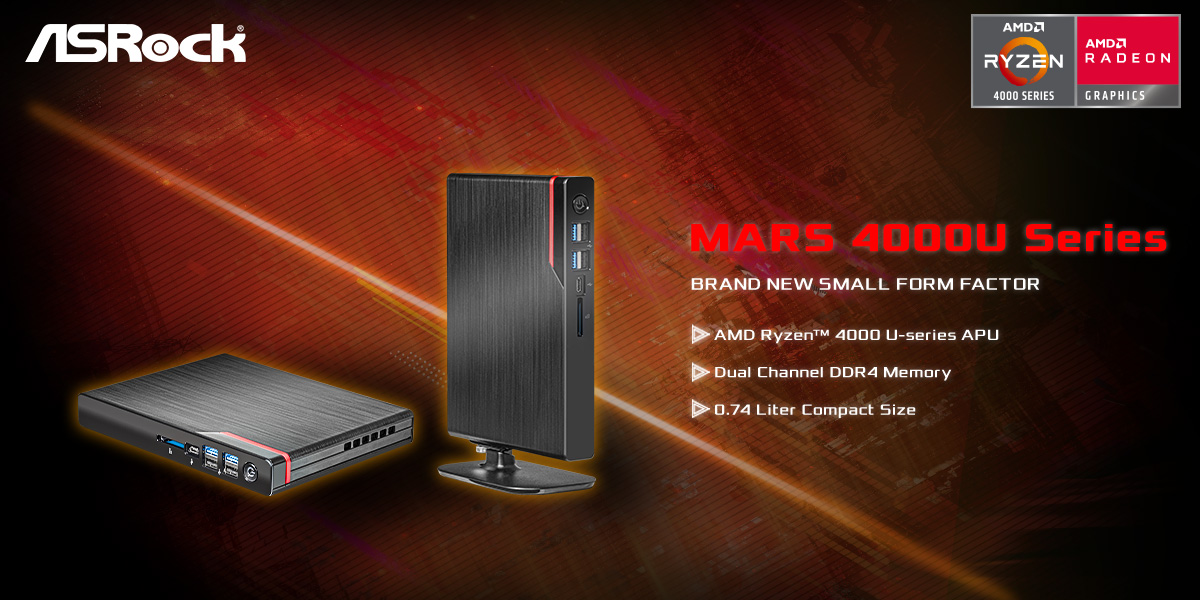 ASRock has announced its Mars Mini-PC series which features the AMD Ryzen 4000U Renoir APUs in a small form factor design. The Mars 4000U series Mini-POC come within a super-compact case meant for general office, home theater use, and even gaming.

The main feature of the ASRock Mars 4000U Mini-PCs is that they are rocking AMD's Ryzen 4000U 'Renoir' APUs. These APUs are originally designed for the mobility segment but ASRock is bringing them over to the desktop PC market with its new compact Mini PC series. The MARS Mini PC comes with support for up to 8 core and 16 thread Ryzen 4000U APUs and the full list is provided below:

In addition to the AMD Ryzen 4000U Renoir APUs, the Mars 4000U Mini PCs feature support for dual-channel DDR4 memory with speeds of up to 3200 MHz and capacities of up to 64 GB. It also comes with support for PCIe NVMe M.2 SSD along with a 2.5-inch SATA hard drive bay to allow for decent storage capacities.

The CPU is cooled by an active cooling solution which features a single fan that blows air through an aluminum fin based heatsink that carries the air out through the exhaust vents. ASRock also ships a VESA mount with the Mars for easy installation in business and office environments. The pricing and availability for ASRock's Mars 4000U Mini-PC have not been announced yet.