Ashes of the Singularity, the first game to use DX12 and asynchronous compute, is coming out of it's alpha preview and moving over to Steam for Early Access on October 22nd 2015. 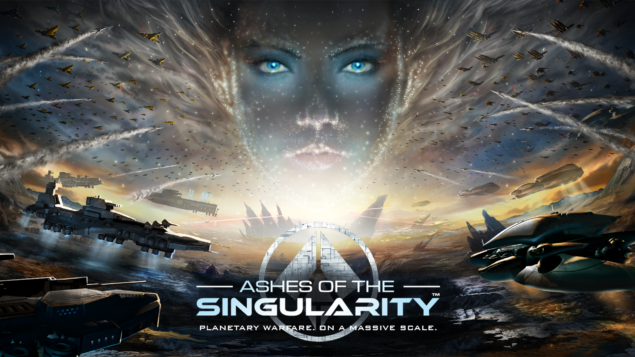 Pre-Order Ashes of the Singularity on Steam Early Access with a cool 20% discount.

If you head over and decide to pre-order, Ashes of the Singularity will be 20% off at $39.99 for a limited time. This early version will also have a robust AI for single player and the ability to enjoy multiplayer RTS battles with friends.

Not only is this the first game to include native DX12 support, but it's also the first RTS to be 64-bit and the Nitrous engine also makes use of Object Space Rendering, a technique for realistic lighting and shading that's usually reserved for CGI and not games.

As we've shown you, asynchronous compute does make a marked difference with performance, at least in the early stages of development. Thousands of units can be on screen at any one time with volumetric effects and physically rendered lighting that can make for quite the scene. All told, this could be the revival of the RTS to its glory days with a natural evolution to the massive battles we always love, but with significantly better graphics due to the decreased overhead of DX12.

"We are very excited to go into early access. Given how ambitious this game is, we're going to need all the help we can get from our player base to reach our goal of making this the most epic, large-scale real time strategy game ever."