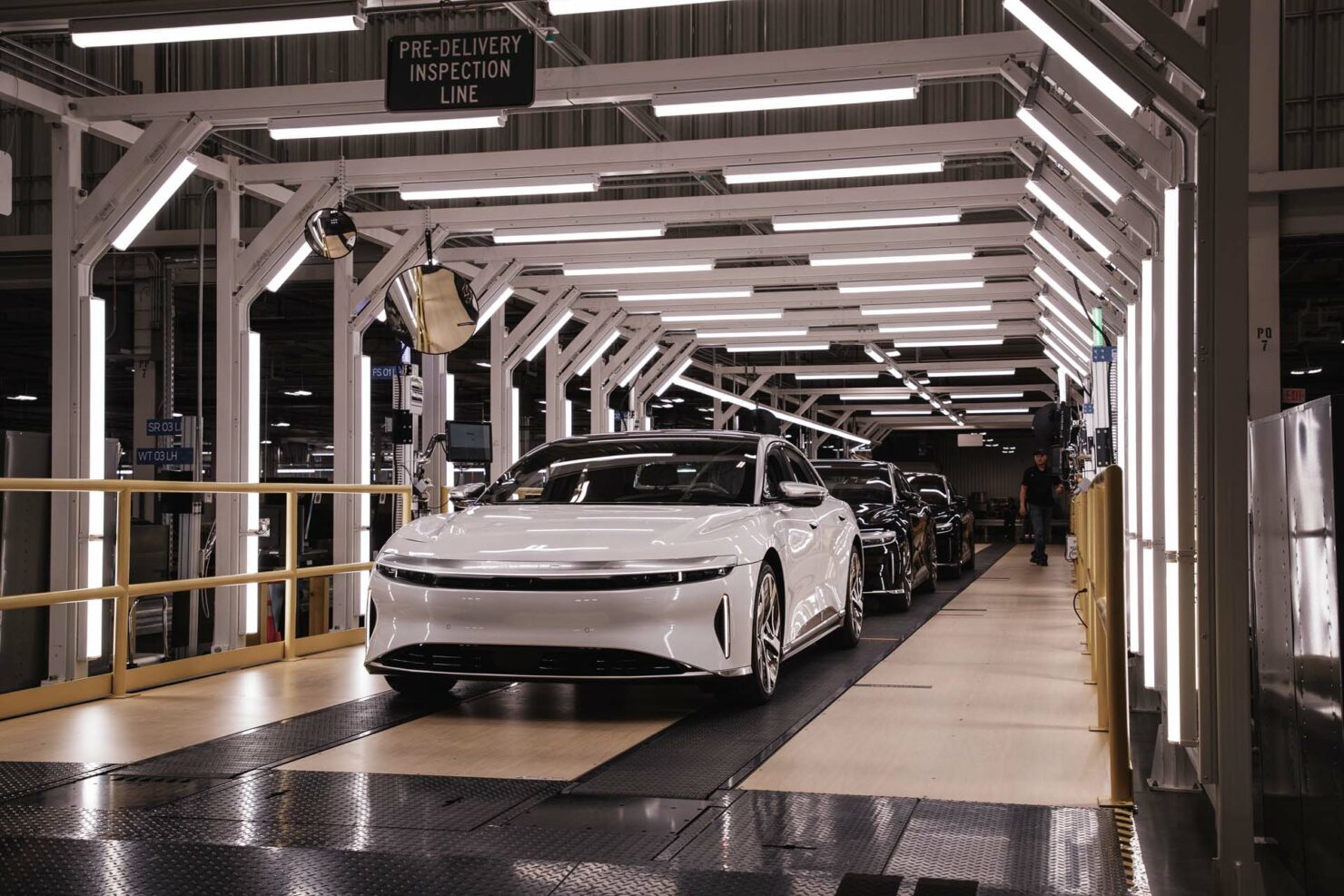 Lucid Group (NASDAQ:LCID), a retailer of luxury EVs as well as advanced battery tech, is currently relishing in the aura of having achieved a major milestone. With Lucid Air EVs now hitting the road, the stock is approaching lofty levels last seen in the pre-merger SPAC phase.

No longer just a Dream. The very first members of the #LucidOwnersClub are here to take delivery of their Dream Editions. pic.twitter.com/5Rm2cqAcg5

Lucid Group is a fascinating case study. It is, after all, a purely American brand. However, due to significant investments from high-profile entities in the Middle East – primarily the Saudi Public Investment Fund (PIF) – the company is playing a vital role in the ongoing green transformation of a region long believed to be a playground of the big oil industry.

Before discussing the specifics of Lucid Group’s potential windfall, let us first take a look at Saudi Arabia’s auto market. The Kingdom is host to the largest such market in the GCC, accounting for around half of all car imports in the region. The graphic above gives a detailed geographical breakdown of car import sources. Bear in mind that due to a lack of public transportation, the per capita car ownership in the entire GCC is quite high. Moreover, Saudi Arabia is also witnessing an auto boom of sorts currently, with female drivers now permitted to hit the road. In 2020, 3 million females were projected to begin driving in contrast to 500,000 additional men. This demographic skew in favor of female driving is expected to continue as the historical imbalance now corrects itself.

This brings us to the crux of the matter. Saudi Arabia’s vision 2030 aims to localize at least half of the current vehicle import volume, creating a sizable opportunity for Lucid Group and other auto manufacturers in the process. In 2019, the Kingdom imported vehicles worth $12.5 billion. This means that by 2030, the Kingdom aims to produce at least $6.25 billion worth of cars locally. To do this, Saudi Arabia has been in talks with a number of major auto manufacturers around the world, including Ford, Chevrolet, General Motors, Nissan, and Toyota. The Kingdom aims to establish a vehicle manufacturing hub at its west coast, as per the reporting by Bloomberg. Moreover, Schneider Electric Saudi Arabia and GREENER by IHCC recently signed a partnership agreement to develop e-mobility infrastructure in the Kingdom.

So, how does Lucid Group fit into this emerging paradigm? As we’ve covered repeatedly, Lucid Group is slated to establish a $3 billion manufacturing facility in Saudi Arabia by 2024. The Saudi Standards and Metrology authority, as well as the Kingdom’s investment minister, have given public statements in this regard. To date, Lucid Group is the only major EV manufacturer to have laid out solid plans for establishing a major footprint in the region. This means that the company stands to enjoy a prolific first-mover advantage.

In another important announcement recently, Saudi Arabia has now mandated that at least 30 percent of the cars in the capital Riyadh would go electric by 2030. The plan would see the city’s carbon emissions halved over this decade. With a population of around 8 million people, this initiative alone would create a demand for over 2 million electric vehicles by 2030. Bear in mind that luxury SUVs constitute around 20 percent of the Kingdom’s imports currently. This scenario fits snuggly with the launch of Lucid Group’s Gravity SUV in 2023.

Nonetheless, detractors would argue that Tesla (NASDAQ:TSLA), as the current EV leader, stands to gain quite a lot from this ongoing green transition. Well, this is where Lucid Group’s first-mover advantage comes to play. First, as per the reporting by CNBC Arabia, Saudi Arabia constitutes the second largest market for Lucid Air preorders, currently numbering around 13,000.

Secondly, the Kingdom is currently flaunting the Lucid Air EV on various forums, taking pride in the sizable stake that the Saudi PIF still maintains in Lucid Group. As an illustration, look no further than the recently concluded fifth edition of the Future Investment Initiative Forum held at the King Abdulaziz International Conference Center in Riyadh. The venue showcased Lucid Air EVs at a prime spot (see the images in the hyperlinked report), further cementing the company’s first-mover advantage. I don’t spot any Tesla on the venue. People often underestimate the power of state patronage in Saudi Arabia, which remains a potent element for commercial success.

Of course, this does not preclude a Tesla footprint later on. Nonetheless, the largest EV manufacturer in the world would have to establish a sizable production footprint in the Kingdom to enjoy the perks currently being availed by Lucid Group.