Arma 3 is Getting a New Official Map, Will Debut at PC Gaming Show

Bohemia Interactive has placed a countdown timer on their Arma 3 website that's counting down towards the reveal of a brand new official terrain map at the PC Gaming Show on the 16th of June. 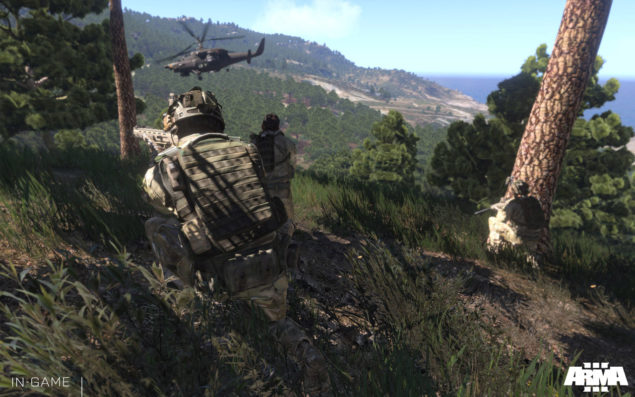 Arma 3 is about to get a new official map that's supposed to challenge players in great new ways.

Arma 3's extensive community already has a profusion of great maps to choose from that are made by some very talented designers, but now Bohemia Interactive is going to be releasing a brand new official terrain for those that are a little wary of downloading community made maps.

A new terrain also might mean more story elements and essentially a new expansion to the game. More content, official or otherwise, is always a win for gamers. What the new terrain has in store for us, though, is unknown at this point. Perhaps it'll depart from the usual elements found in Altis or Stratis. Snow capped mountains? Tropical island setting? More urban perhaps? The CEO of Bohemia Interactive, Marek Spanel is excited to be able to bring more first party content to the game.

Following in the footsteps of Chernarus and Altis, the new Arma 3 terrain is already shaping up to become one of the most compelling destinations in the series, and we can't wait to show it for the very first time at E3.

Arma 3 has been an incredible success for Bohemia Interactive, inspiring an immense and creative modding community while providing a decent first party experience as well. The scale and realism are not for everyone, though the difficulty of completing missions can create a level of satisfaction rarely found in games. Arma 3 also has quite the cult-like following, one that has helped spawned standalone games such as DayZ.