If you've ever played Arma 3, or any of the previous Arma titles, then you would most likely agree on the fact that Arma strives to be as realistic as possible, hey it's a Military Simulation game after all. But if you really want to make the game even more realistic, soon you'll be able to do just that, with the mod "ACE3" - Advanced Combat Environment. 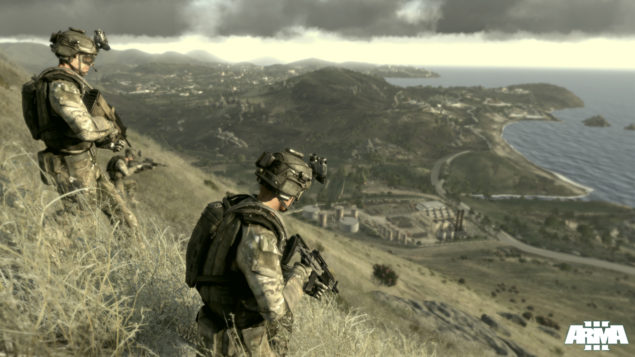 The mod is being produced in a collaboration between three former mod-teams, that have now merged together to create a "team devoted to creating the most comprehensive and realistic gameplay experience for Arma 3". The Advanced Combat Enviorment (ACE) team, the Authentic Gameplay Modification(AGM) team, and the Combat Space Enhancment (CSE) team. Now they are all together and are just known as ACE.

Over at the official Arma 3 forums, the modder 'NouberNou' has posted the announcement of the ACE3 mod. The mod is being built modularly, meaning that the team can focus on separate components as well as the core features.

ACE3 is built modularly, thus a team can maintain its own tailored version, excluding a select number of components that they don't like, or which conflict with other addons. Larger components themselves, like the medical system and other core features also include various customization options, allowing mission designers and communities to tweak the overall experience.

They are aiming to release ACE3 with its "initial release goals" later this month if everything goes according to plan. Currently they have listed the core features as well as some of the additional features, and they are the following:

I haven't played Arma 3 in quite some time, and I'm contemplating picking it up again when the mod is released, if only to give myself a headache over how hard it sounds. If you wish to check out the forum thread, where one would assume any updates would be posted, you can do so over here. And I'll leave you with a short teaser trailer of ACE3.