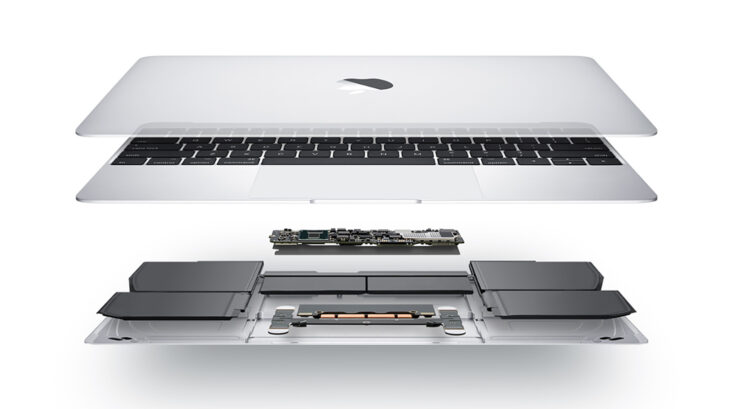 More details surrounding Apple’s first ARM-based MacBook from its specs point-of-view have been shared once more. Previously, it was stated that the machine would sport a 12-inch display and would start from $799, making it one extremely competitive machine, especially one that’s being sold from Apple. Now, more internal hardware details surrounding the upcoming notebook have been shared, although you might find that there are similarities with the previous reports as well.

Previously, Komiya provided insight regarding the kind of hardware we should expect from the ARM-based MacBook, and that included bringing back the butterfly keyboard. According to his latest tweet, there appears to be little to no change to his earlier tweet, because the upcoming ARM-based MacBook is said to sport a 12-inch Retina display, but it will only have one port. This may suggest Apple may be using the same chassis as the discontinued 12-inch MacBook.

Also, Komiya mentioned previously that this 12-inch MacBook will be powered by Apple’s A14X Bionic chipset along with a jaw-dropping 20-hour battery life, but on this occasion, he doesn’t mention which silicon will be found in the machine, but he was kind enough to share the battery stats again. He also states that the 12-inch MacBook will be offered in the 8GB RAM and 16GB RAM configurations, with the base model expected to sport 256GB of storage, possibly allowing users to upgrade it to 1TB through Apple’s website.

Unfortunately, one area where customers might hold off on their purchase is when the butterfly keyboard is added in the conversation. According to the tipster, the 12-inch MacBook will ship with Apple’s 4th-generation of butterfly switches. There was a reason Apple switched to the scissor switch keyboard on the new 16-inch MacBook Pro so unless the technology giant has found a way to prevent spontaneous hardware issues from occurring, bringing back the butterfly keyboard is a bad idea.

Luckily, the 12-inch ARM-based MacBook is expected to be highly portable, with the specifications details mentioning that it will be extremely lightweight at two pounds. Finally, the pricing; Komiya suggests the new product will start from $849 for the base model, with students being able to purchase the machine for $799 thanks to Apple’s program.

Overall, these specifications appear very promising, at least on paper, so we’ll wait for some real-world results to see if Apple’s ARM-based 12-inch MacBook is all it’s hyped up to be.