ArenaNet has responded to the criticism surrounding the confusing pricing tiers and Guild Wars 2: Heart of Thorns bundle options. They’re offering reparations for those that accidentally bought a bundle that didn’t need the entire bundle. 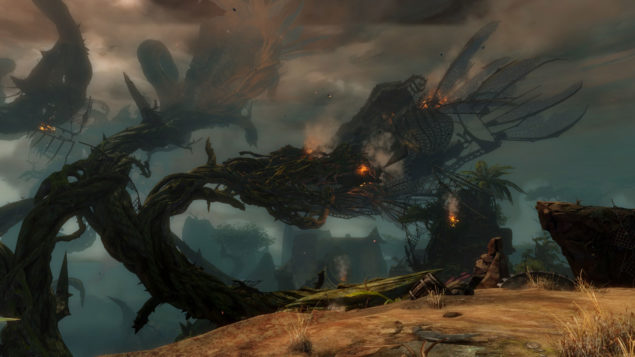 ArenaNet is now offering refunds to those that accidentally purchased Guild Wars 2: Heart of Thorns with the base game, confusingly the cheapest option.

If you already own the base game or bought it and registered it before January 23rd 2015 and also pre-ordered any of the versions of Heart of Thorns, then you’ll be gifted one extra character slot. They say that there might be a delay in receiving your new character slot, but that they’ll ensure everyone gets the extra slot in due time. Also, if you do plan on purchasing the newest expansion and you purchased the core game and registered it between January 23rd and June 16th, you’ll be refunded for portion of the expansion that’s for the the core game.

The complaints centered around how the new expansion was bundled. Guild Wars 2: Heart of Thorns is a true expansion, requiring the base game, as such ArenaNet had several ways to buy the expansion all of which included the core game.Even the cheapest option available also bundled with the base Guild Wars 2 game, so there was no way to simply add on just the expansion itself. The idea was to help make it more accessible to new players.

With the confusion and angst about this, ArenaNet has decided that for all expansions going forward, they’ll have one single purchase price that includes all the previous content.

We believe that to keep the game dynamic and vibrant with a constantly growing community, it should be as easy as possible for new players to get into Guild Wars 2. For Guild Wars 2: Heart of Thorns, we didn’t want the core game’s price to be a factor in a new player’s decision to begin playing Guild Wars 2. In the future, if we release further Guild Wars 2 expansions, we plan to offer all of the prior expansions, the core game, and the latest expansion for one single purchase price.