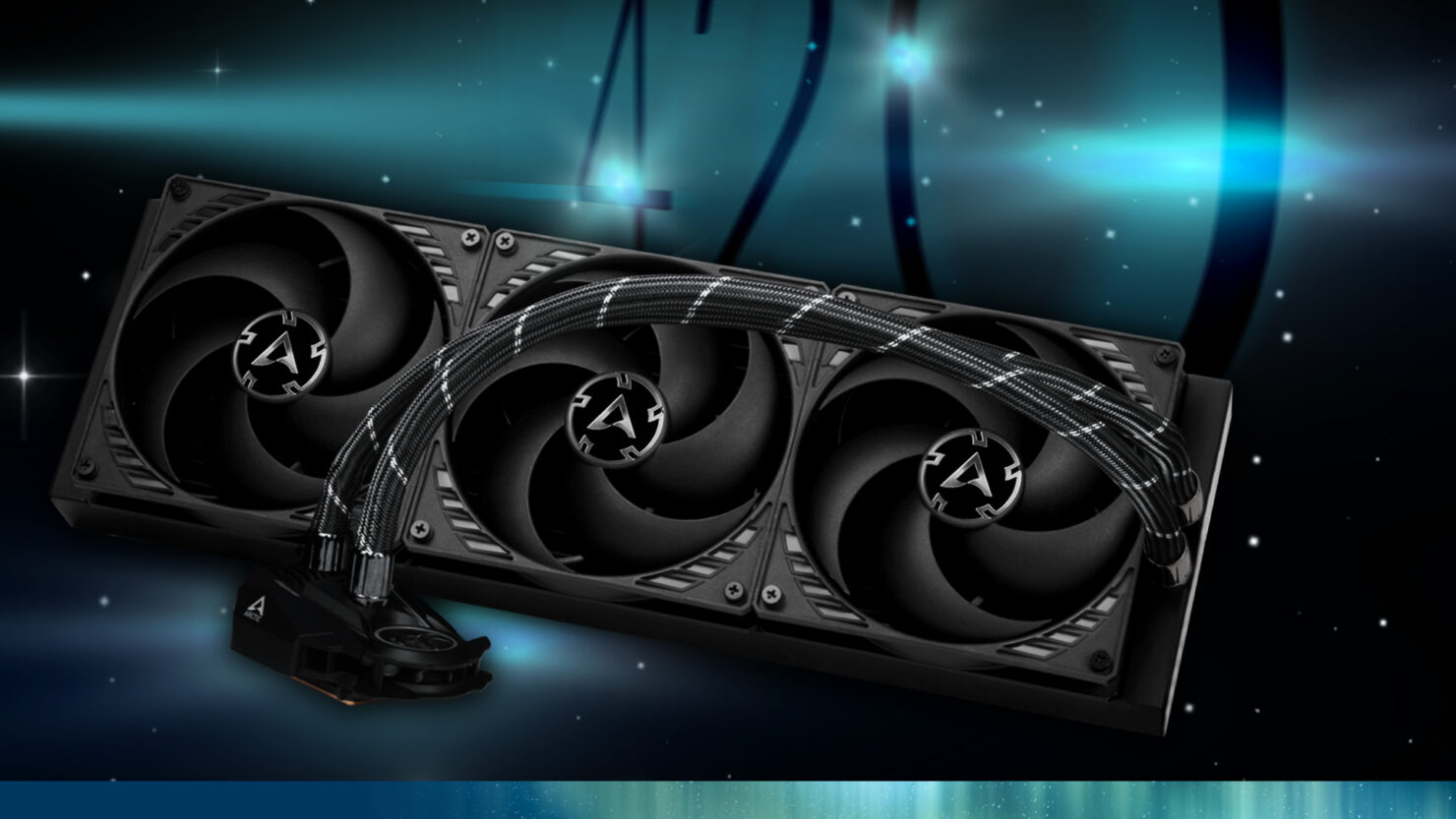 The ARCTIC Liquid Freezer II 420 comes with a 420mm AIO cooling design which is quickly getting traction from various cooler manufacturers. AlphaCool who is regarded as one of the prominent liquid coolers was one of the first to offer a 420mm AIO liquid cooling solution in its Eisbaer lineup almost two years ago and released an Aurora variant with RGB support last year. Now ARCTIC has brought forward its own cooling solution.

The pump features a copper cole plate with a Micro Skived fin array to channel coolant through. It operates at 800-2000 RPM (PWM). The 420mm radiator is all aluminum and features three 140mm fans (P14 PWM-Fan). ARCTIC will include its MX-4 thermal paste with the package. Tubing for the cooler is made out of fiber-sleeved rubber and features Y-splitter for radiator fans. The fans on the cooler are rated at 200-1700 RPM (PWM) and have a noise output of 0.3 sones while featuring fluid dynamic ball bearings. The static pressure is maintained at 2.4mm H2O and airflow is rated at 72.8 CFM.

The cooler also comes with an active VRM cooler over the pump which allows for lower VRM temps. The mounting mechanism is all stated to be very easy and anyone tech-savvy can install the cooler with relative ease. 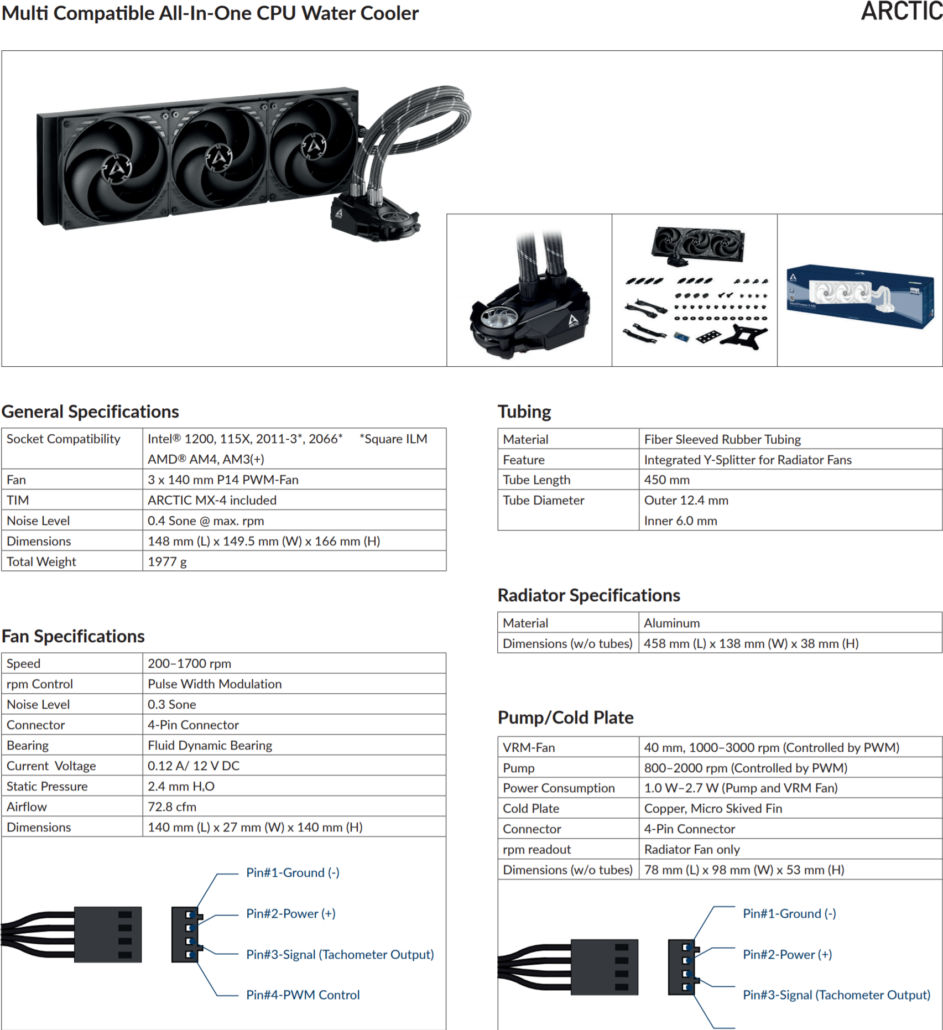 The cooler is available now through ARCTIC's main webpage for a price of €119.99. The cooler will be a perfect fit for higher TDP CPUs, especially Intel's existing 10th Gen lineup and if you plan on building yourself an AMD Ryzen 5000 PC, the extra cooling performance that a cooler like this has to offer definitely won't hurt if you plan to run at overclocked speeds.