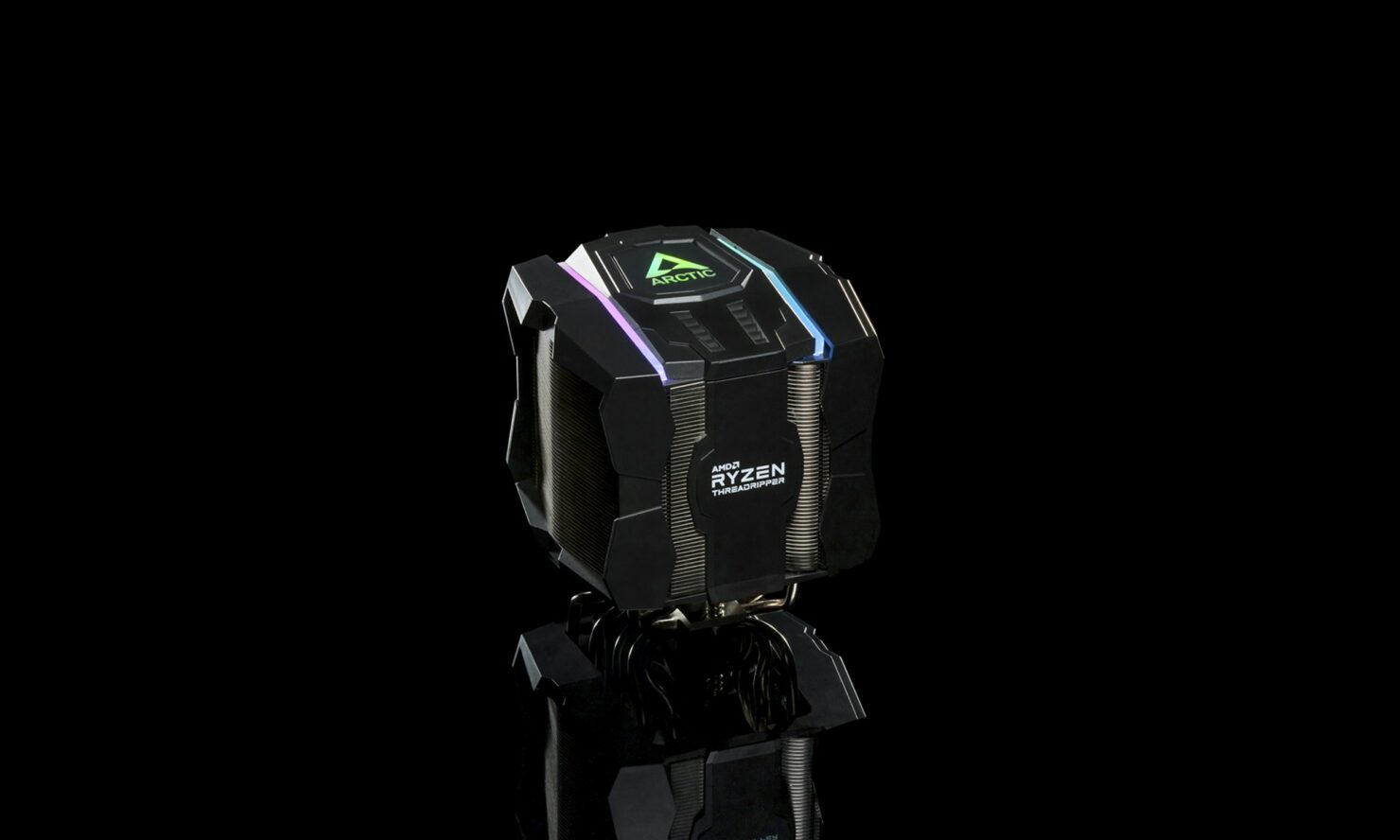 ARCTIC has launched its latest Freezer 50 TR CPU cooler that is designed specifically for AMD's Ryzen Threadripper processors. The new cooler comes in massive dual tower design heatsink & has been fitted with dual fans that are accompanied by some nice A-RGB LEDs.

The ARCTIC Freezer 50 TR is a massive heatsink and has massive cooling potential. The reason for this design choice was that it has been built specifically for AMD Ryzen Threadripper CPUs. The air cooler comes in an asymmetrical (U-shaped) dual-tower design which has two aluminum fin stacks through which eight 6 millimeters copper heat pipes run. The heat pipes make direct contact with the processor which allows for efficient thermal load transfer to the fins stack. Some features of the heatsink include:

"With the Freezer 50 TR, the target was simple yet hard to reach: we had to be the best air cooler in the market and be able to cope with the amazing wattage that the Threadripper can pull out," said Vincent Andre, Technical Director at ARCTIC. "Countless hours of design, simulation and testing were necessary, but I think we have reached our target. With A-RGB integration, the Freezer 50 TR is not only the most powerful ARCTIC air cooler to date, but it's also the first-ever with lighting effects."

Need to tame one of these processors with up to 32 cores? This is the option to go for!https://t.co/E9dLlHtLPd pic.twitter.com/nXjVSJ6RO3

In addition to these features, ARCTIC has highlighted that its mounting solution for Freezer 50 TR is easy to install and includes secure hold. There's enough ram clearance on both sides of the cooler, allowing users to equip memory with a maximum height of 37.5mm. ARCTIC also includes the MX-4 thermal paste in the CPU package which is a nice addition and an industry renowned solution for cooling.

Coming to the design itself, ARCTIC has feature A-RGB LEDs on the front of the cooler body which looks nice. The A-RGBs are compatible with major motherboard RGB sync software such as ASUS AURA SYNC, ASRock Polychrome Sync, MSI Mystic Light Sync and Gigabyte RGB Fusion 2.0. A total of 13 A-RGB LEDs are included which can be fully custom,ized and there's an optional A-RGB controller that can be purchased separately to control the RGBs through remote control. 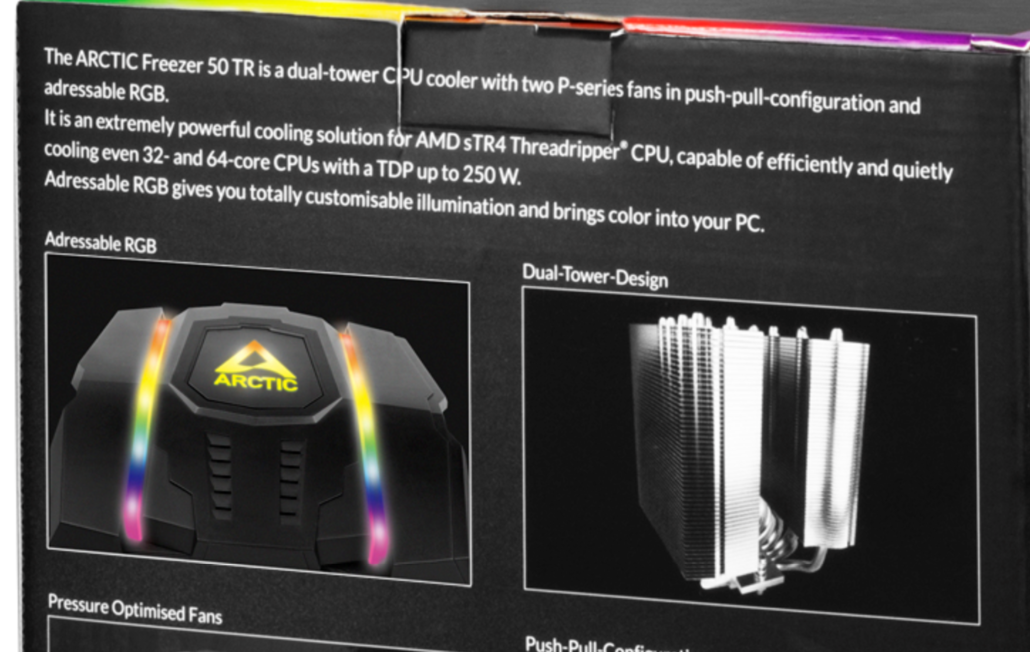 That's about it as far as the heatsink is concerned, ARCTIC mentions that while there Freezer 50 TR has support listed for all AMD Ryzen Threadripper CPUs, it also supports 32 cores and beyond which is referring to the upcoming 3rd Gen AMD Ryzen Threadripper processors. The packaging lists down that the Freezer 50 TR can support up to 250W TDP 32 core and 64 core CPUs and since there is no existing HEDT Threadripper CPU with 64 cores, it basically confirms that it would launch with AMD's next-gen Threadripper lineup. This would be one of the many Threadripper exclusive heatsinks which have been developed recently which also include the Cooler Master Wraith Ripper, Deepcool Fryzen TR4, Be Quiet Dark Rock Pro TR4 and Noctua's upcoming NH-D15 TR4.