Arabian Nights Inspired Game City of Brass Will Release on May 4th for PC, PlayStation 4 and Xbox One 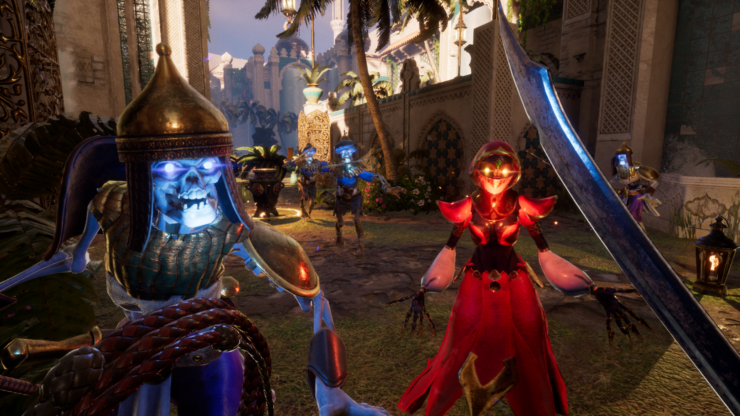 City of Brass first debuted on Steam Early Access in September 2017 and retains an impressive 98% of positive user reviews. The full game will be available for PC, PlayStation 4 and Xbox One on May 4th.

City of Brass is a fast-paced hack-and-slash adventure leaping from the pages of Arabian Nights. We hope players will enjoy plundering the city for its treasures when the game launches this May.

Players will be able to tailor the challenges to their own liking via the Blessings and Burdens system, which lets them tweak values like player health, damage output and item costs. This system is also integrated with Microsoft's Mixer streaming platform, ensuring that viewers can interact directly with the player doing the livestream.

Below you can find an entire gallery of screenshots, the full feature set and the release date trailer for City of Brass.

Become a daring thief in City of Brass, a first-person action adventure from senior BioShock developers. Armed with scimitar and a versatile whip, you’ll lash and slash, bait and trap your way to the heart of an opulent, Arabian Nights-themed metropolis – or face certain death as time runs out.

This City Has Teeth!

Players will have to leap across pits, slide under blades, avoid spears or arrows, evade or employ sprung paving slabs, and skirt round poison gas traps – all the while manipulating these dangers to their advantage against enemies.

Incarcerated within the city are genies, most of them friendly, who will barter benefits in return for loot or grant wishes for a powerful advantage.

The rhythmic interplay between sword and whip is carefully tuned along with sprinting, crouching, sliding, leaping and vaulting to give a fluid, balanced and natural feel to the movement and melee. Eternal replayability is granted by a design that encourages combinative gameplay within an ever-changing but logical procedurally generated world. Players will die in the City of Brass – often, and quite horribly – but they will always want to come back for just one more try…