343 Industries is coming into April hot, with a new trailer for their upcoming Halo 5: Guardians and now they've announced the new update for Halo: The Master Chief Collection. They aren't letting off the pedal just because of the Halo 5 hype, in fact they're just as dedicated than ever to bring the best Halo experience ever. 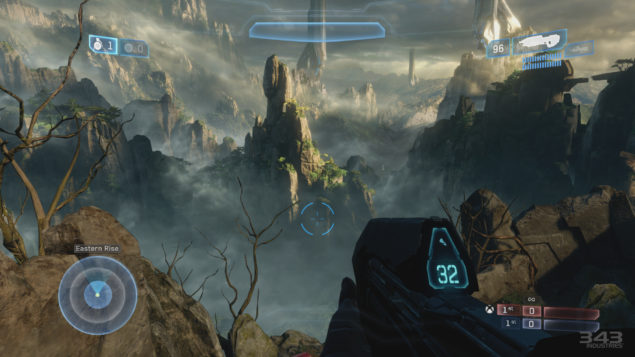 The April update for Halo: The Master Chief Collection will include penalties for quitting, improvements to ranking and more.

Even though 343 Industries has released their debut collection last year and Halo 5: Guardians is expected just around the corner, they aren't going to let the development and improvement of their halo product (pun intended). The newest April update details have emerged on the Halo Waypoint blog.

Some of the big changes to Halo: The Master Chief Collection will be the addition of penalties for quitting a match as well as for betrayals. This should help to prevent those that are a little more serious about the game from exiting when the going gets a little too tough, as well as from killing teammates and such. Also there will be some unspecified improvements to the ranking system, hopefully making ranking up a little bit more achievable for the casual players like myself.

Also expect to see updates to the map playlists as well. They've seen fit to help bolster competition by limited the number of players per playlist, and will most certainly be updating and re-adjusting those for the newest content update.

Based on results and feedback, we’ll be looking to update team sizes and player counts across existing and upcoming playlists, including Team Doubles, as we get closer to the next update. Lastly, SWAT and Team Snipers will both make a return into the rotation in the near future, and we’ll continue to evaluate playlist data to determine which playlists become permanent additions.

Despite the horrible multiplayer accessibility upon the release of Halo: The Master Chief Collection, it still remains among the top games I actually want to play on my Xbox One, provided I can get the matchmaking to work and actually enter a game. But all of those issues seem to be water under the bridge.