According to many Apple Fans, iPhones and iPads have always felt more 'responsive' and 'natural' then their Android counterparts. Well thanks to to the TouchMark 1 technology we might just finally be able to explain the reason behind it all: iPhones Touch Latency. 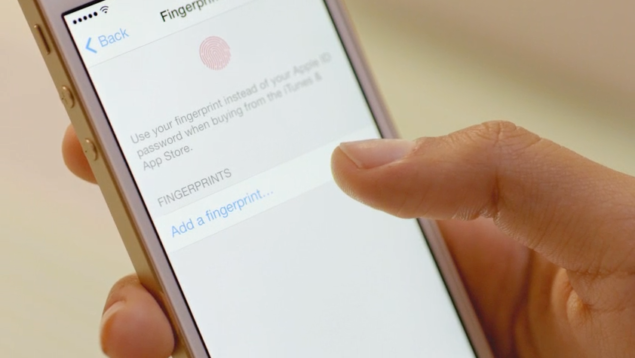 iPhones Touch Latency A Main Factor Behind Their Success?

TouchMarks 1 (Agawi )is a relatively unknown benchmarking technology in the tech world. It is still fledgling but of extreme importance. The TouchMark 1 Technology was developed by Agawi and utilizes both Hardware and Software mechanisms; both of which are open source. And the TouchMark team came up with very impressive results: the iPhone 5s is a basically in a league of its own where the iPhones Touch Latency is concerned. The only product anywhere near the iPhone 5s is the older version of the iPhone. 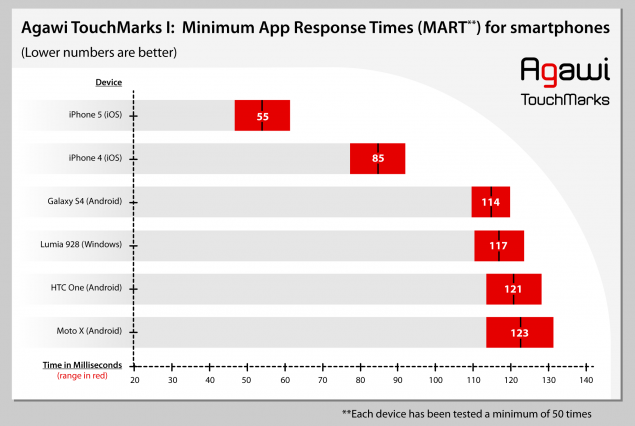 Well needless to say these results are very impressive. The Upper Range of the Apple Flagship iPhone 5s is still Half of the Lower Range of Androids Best. In some cases the iPhone Touch Latency is 3 times less then that of an android counterpart. It is no wonder that some Apple users report that the iPhone keyboard is more 'responsive' then the ones on Android based devices.

Although we must take into account the fact that Android has no standardized smartphone ideology. However whats really surprising that the Galaxy S4, which is one of Android's Flagships, is twice as slow as the iPhone 4s. As any Benchmarker would tell  you, a 200% difference is not an acceptable difference in any competition and the S4 should have performed better. We are not sure whether the slow result is due to Hardware limitation or OS limitation.