Cupertino tech giant Apple plans to make its smartphones even better than its current large screen iPhones thanks to the latest patent granted to the company. Apple’s patent information has been reported by a reliable source stating that the company will severely be able to improve the functionality of its upcoming iPhones. This is because Apple’s patent involves the use of a digital camera component that will possess a light splitter cube. The light splitting cube object will be able to split the light entering in to the camera in to three color components, along with three image sensors that have been positioned in such a matter that they will comfortably be able to receive one of color component’s rays entering in to its opening. 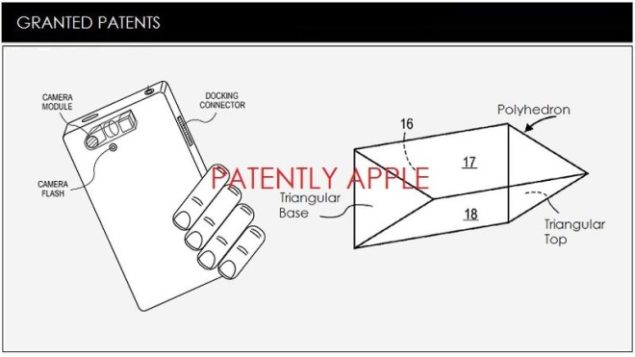 Apple’s patent will allow the firm to create a more efficient camera:

A folding mirror, which is part of Apple’s patent, has been included, and its role will be to act as a deflector. The mirror’s functionality is going to be controlled by a powered actuator automatically and for those who do not know this, the power actuator is part of the iDevice’s optical image stabilization (OIS) mechanism but far superior. The regular OIS mechanism involves the use of a moveable sensor or a moveable lens in order to capture stabilized images. However, there was a limit to how the OIS chip could function. Objects inside the lens’ area of capture that are moving too fast would often end up being hazy.

This limitation could be lifted with Apple’s patent. In addition, the combination of Apple’s A9 chipset and possibly the M9 co-processor will allow the iDevice to capture images more efficiently than ever before by an iPhone. While the efficient OIS chip does sound like a great perk to have in an expensive device such as an iPhone, another advantage of being a proud owner of the company’s handset will be the camera’s zoom functionality. 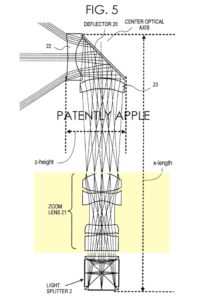 Apple’s patent details suggest that this particular functionality might be considered as a true zoom feature since the moveable lens will be able to achieve variable magnification and capture the image without compromising its overall quality. Apple’s patent has opened up several possibilities for the tech giant, with the primary one being augmenting the image capturing and video recording functionality of future iDevices. Additional information concerning the patent along with leaked hardware details of Apple’s products will be published as soon as it becomes available.