Apple's 'Hey Siri' event caught a lot of highlights last week. The event harnessed new releases, upgrades and several announcements, which will be launched soon. iOS 9 was one of the major announcements, which is expected to be released tomorrow. iOS 9 is Apple's latest update to its operating system that will have support for iPhone, iPad and the iPod Touch. As excited as we all are for the release, Apple is also said to be launching its new app for Android, called 'Move To iOS'. 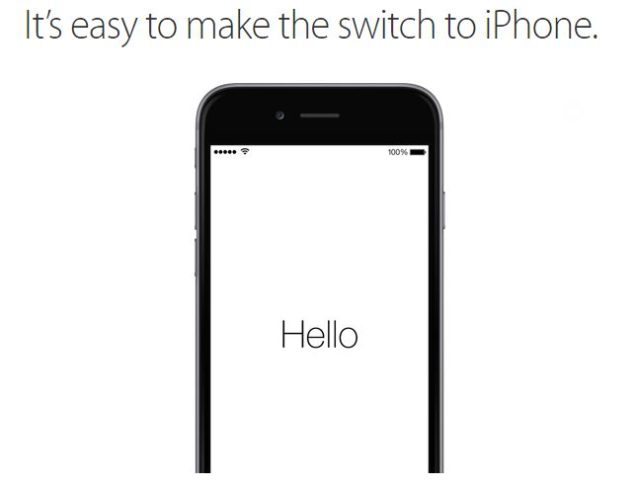 Move To iOS is an Android app designed for users who want to switch from Android smartphones to iOS. It's basically a transfer app that lets Android users transfer their personal data to iOS device, which previously we have seen is a major menace. Apple's idea to develop the Move To iOS app was followed by the wave of Android users shifting to iOS. This app will probably make the transfer seamless and painless.

Let's see, how does Apple's Move To iOS app help transfer data from Android to iOS.

Apple's 'Move To iOS' App To Be Launched Alonside iOS 9

Czech blog LatemSvetemApple reported on Tuesday that two apps, 'Move To iOS' and 'Move From Android' with corresponding purpose, will be released on the Google Play Store and App Store on the 16th of September. According to Apple, the Move To iOS app will wirelessly transfer your data to the iOS device, whereby making it easier for users to shift from Android to iOS.

The application will allow Android users to transfer their personal data, wallpapers, information, non-DRM supported songs and books to an iPhone. Other supported things to be transferred includes message history, contacts, photos and videos, mail accounts, web bookmarks and calender events. This is pretty much all of the major stuff that Android users have on their devices, making it easier for them to shift to Apple's ecosystem. 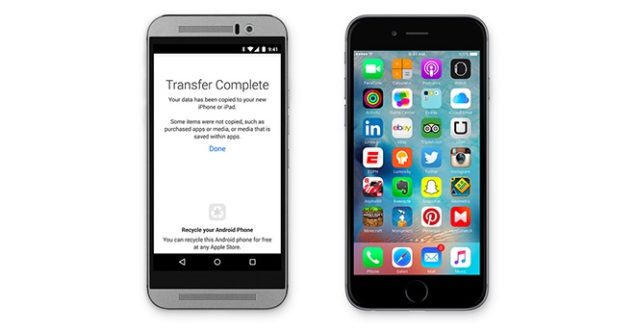 This is a really important setup for Apple as it tends to bridge the gap between two different operating systems. Move To iOS will also devise and look for free applications that Android users had on their devices. Any paid apps part of the exchange will be moved to the iTunes Wish List.

By any chance if Android users have any trouble regarding the transfer process, they can visit their nearest Apple Retail Store where Apple's Specialist team will guide them. After the completion of the data transfer process, you also have the ability to recycle your old Android device, completely free of charge from Apple.

Apple's switch to iPhone webpage has all the additional details and recommendations of the app migration from Google's Play Store to the App Store. Visit their page for additional information. This is it for now, folks. Will you guys be making a shift from your Android device to the iPhone? Let us know in the comments.