While releasing large screen iPhones ended up being a huge game changer for Cupertino tech giant, Apple, the company is now going to improve its future mobile devices’ image capturing prowess by incorporating a single camera sensor that is going to be surrounded by multiple camera lenses. According to the information present in the latest patent filed by the company, the company is on to something big concerning the cameras of its future iOS devices. 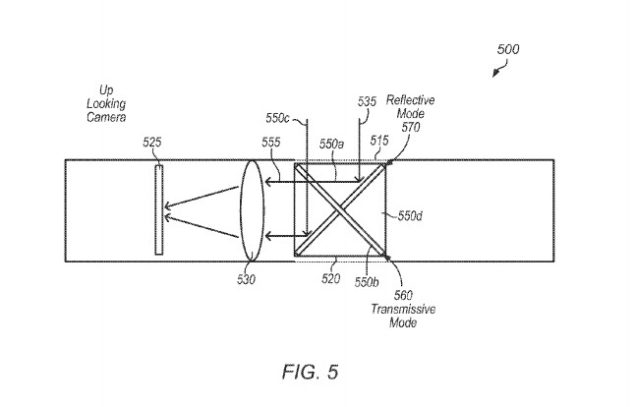 In the abstract of the patent, it states that:

If both the front and rear cameras end up utilizing the same camera sensor, then it will most likely allow Apple to further reduce the thickness of its upcoming iOS devices, which mind you, is not necessarily a good thing, seeing as how less amount of space could result in a smaller battery pack, coupled with less amounts of heat dissipating from the chassis. However, if Apple does decide take this approach and incorporate it in to its upcoming products, then we might very well be seeing the end of protruding camera lenses.

Apple’s iPhone 6 and iPhone 6 Plus has camera lenses that were protruding outwards of the chassis thanks to their reduced thickness. Earlier on, Apple had successfully filed for another patent that will allow its future handsets to get improved zoom functionality coupled with an improved OIS chip. Apart from being able to exude tremendous amount of speed from future iOS devices, we can safely bet that if consumers have gotten used to using their smartphones as substitutes for DSLR cameras, then iPhone 6S, iPhone 6S Plus and the rumored iPhone 6C are the devices that should be waiting for.