As the iPhone 6 nears its launch, more and more details haves started to surface about Apple's next flagship smartphone. Currently there's speculation that out of the two variants of the iPhone 6 being launched, only the more expensive and high end 5.5" variant will feature the scratch resistant sapphire screen. Apart from this, the iPhone 6 is also expected to get an increased battery, a new A8 SoC and will be launched with Apple's iOS 8, which it self will bring several unprecedented features to the platform.

Today there's a new leak straight out of China which claims to show details of the A8 processor expected to feature on the iPhone 6. The document surfaced on Weibo and is the courtesy of the repair firm GeekBar. To their credit, like several other leakers GeekBar has been credited with previous accurate Apple leaks. However, if today's information is to be taken correctly, then according to GeekBench Apple's A8 for the iPhone 6 will come with 1 GB of RAM. 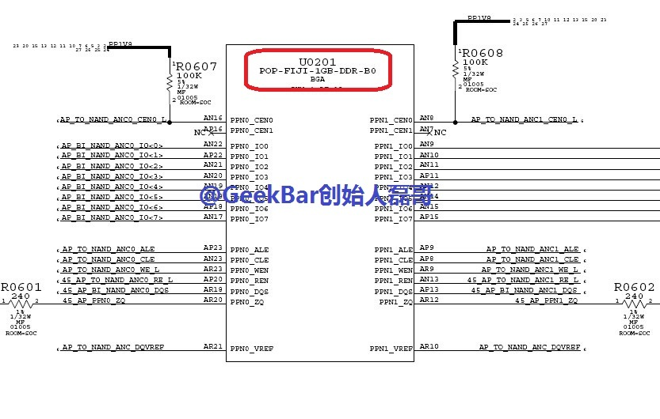 The iPhone 6 To Not Upgrade RAM From The iPhone 5S - To Feature Similar 1 GB RAM.

If the iPhone 6 is really to come with 1 GB of RAM then this will make the smartphone fall behind several of the top flagship devices out there. Almost all of the top Android devices come with at least 2 GB of RAM, and some even feature 3 GB. The reason Apple has continued to stick with the 1 GB on the iPhone is due to iOS performance which has been built for the iPhone.

Yet, if the iPhone 6 falls short in the RAM department, then we might not be able to fully experience the advancements offered by iOS 8. Even though iOS has been capable of offering the same capabilities as Android while consuming lesser resources, but 1 GB RAM significantly lowers the leeway offered to developers while designing apps for iOS 8.

Nevertheless, nothing's for sure right now. The blueprints above are for the RAM alone and not the actual SoC. For all we know the iPhone could feature more than one 1 GB RAM chips, particularly for the larger iPhone 'L' or the iPhone 'Air'. Maybe Apple really will differentiate iPhone models more this time? The larger screen will require more resources after all.