The potential release of the iPhone 5se is just over a month away and the rumors keep piling up for what the handset might look like. A new speculation states that the iPhone 5se may come in Silver, Space Gray and Bright Pink, which is different than the Rose Gold color found on the iPhone 6s. The information comes in from a Japanese website, Mac Otakara who received details from a third-party vendor. 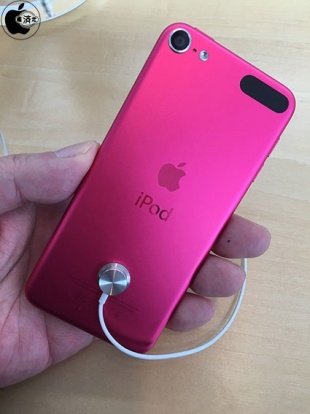 The iPhone 5se can potentially release at a March 15 event. The cited information compared the Bright Pink color with the iPod nano seventh-generation and the iPod Touch. Both of these iPods shared a much brighter pink color than the Rose Gold. The details are secondary information as no one has currently seen the Bright Pink color on the iPhone 5se. Henceforth, the exact color scheme of the handset remains unknown. However the vendor did mention that the color is not the same as the iPhone 6s.

Before the launch of iPhone 6s, we did hear that the smartphone will arrive in pink, however, it turned out that the pink color referenced was actually Rose Gold. Considering the current rumor to be true, the iPhone 5se could make a clear distinction between a Bright Pink and the Rose Gold.

Apart from the Bright Pink color, the source did not mention about any other color. However, the traditional silver and space gray might be part of it, but it rather seems to be an odd lineup with a standalone Bright Pink. It is possible that Apple will include other color options as well, just like the iPhone 5c.

Since the potential unveiling of the iPhone 5se is a little more than a month away, we would probably hear more leaks and rumors about the 4-incher. This could include part leaks and other features as well. The forthcoming details would thus show a better picture of the colors that might be part of the release.

Right now, we have information that the iPhone 5se might be the same size as the iPhone 5s with the curved cover glass design similar to that of the iPhone 6. Moreover, the handset is expected to boast an A9 processor chip, Touch ID and an 8-megapixel camera rear facing camera. More information will be detailed as soon as it arrives.

This is it for now, folks. What do you think about the Bright Pink color on the forthcoming iPhone 5se? Would you give it a try once its here? Let us know in the comments.