Apple Watch Series 3 Takes Over The World One Country At A Time – Is Your Country Next? 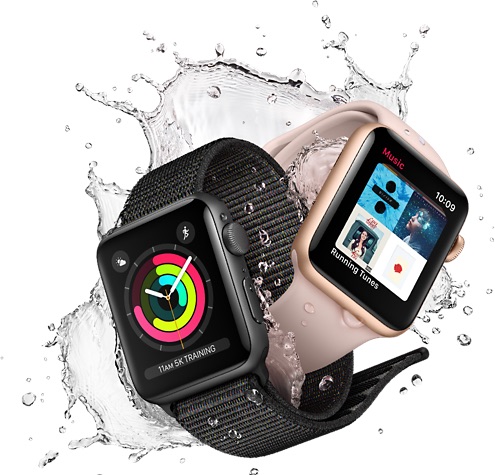 Apple Watch Series 3 was launched at Apple’s event back in September. The series was announced at the same time as the iconic iPhone 8 and 8 plus and the iPhone X was launched. Like every other product the watch series faced critique and many others loved it. The series has been a success so far. It is faster than the previous series and is much more efficient. Series 2 has been discontinued, so the current lineup includes Series 1 and Series 3 Apple watches.

Watch Series 3 success around the globe

The new series models both Wi-Fi and GPS and it was launched last week in Bahrain and Malaysia. The series became available for purchase on the company’s website in Mexico and the Philippines as well today.

According to the tech giant, the non-cellular models will also be made available in South Korea on November the 3rd and in Brazil on November 17th. There is no denying that once again, despite a lot of criticism, yet again another Apple product has been successful. The series was initially launched on September 22nd in the United States, Australia, Austria, Canada, China, Denmark, Finland, France, Germany, Hong Kong, Ireland, Italy, Japan, Luxembourg, the Netherlands, New Zealand, Norway, Portugal, Puerto Rico, Singapore, Spain, Sweden, Switzerland, Taiwan, and the UK.

The GPS- only models expanded to the UAE the very next day and became available on September 29th in Croatia, Czech Republic, Greece, Guam, Hungary, Iceland, India, Jersey, Macau, Monaco, Poland, Romania, Russia, Slovakia, Thailand, and Turkey. Likewise, Kuwait, Qatar and Saudi Arabia also joined this particular list on the 30th of the same month. Apple Watch Series 3 models that come with LTE were launched in the US on September 22nd. Other countries where this model was launched included, Australia, Canada, China, France, Germany, Japan, Puerto Rico, Switzerland, and the UK.

Apple Watch Series 3 Demand Is Higher Than Expected, According to Renowned Analyst