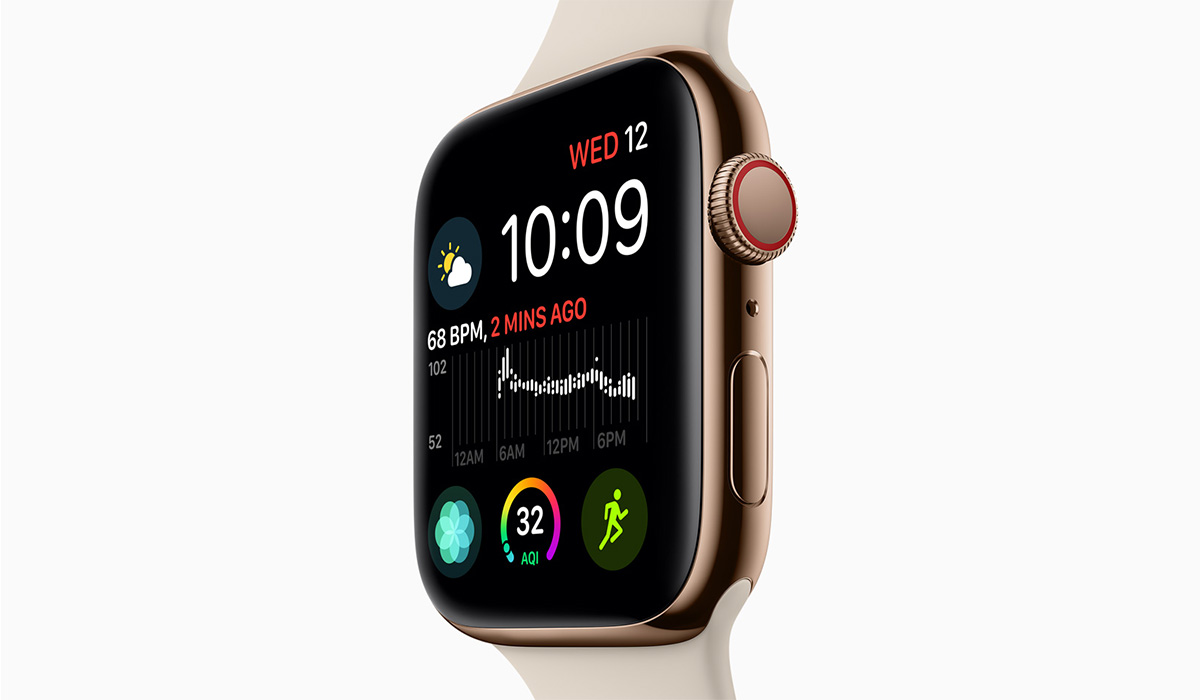 Following in the footsteps of the new iPhones, the Apple Watch Series 4 is pricier than the previous generation which makes one wonder if it is worth shelling out for one or should you make do with the earlier models? Let us find out.

The first noticeable change from the Apple Watch series is an increase in case size from 38mm and 42mm to 40mm and 44nm, giving the watch nearly 32 and 35 percent, respectively, greater screen estate to display more things simultaneously. Though the resolution has been increased, the display looks about just as sharp as the Series 3’s screen and at 1000 nits, the peak brightness level is also the same.

The significant increase in the display size was achieved by rounding the edges of the display and trimming down the bezels. Apple has opted for the energy-efficient LTPO OLED screens for the Apple Watch Series 4. Additionally, the Apple Watch Series 4 can work with any existing wristband and offers the same level of water resistance as the Series 3, which means you don’t have to take it off before jumping in the pool.

The digital crown now provides haptic feedback when turned to simulate the feel of a mechanical element and the button on the right-hand side looks more subtle now. The Apple Watch Series 4 models also continue to provide LTE support and the loudspeaker, which is now 50 percent louder, has been moved further away from the microphone for clearer calls. You can make calls or stream audio to the watch even when your iPhone isn’t in close vicinity. To address the signal reception issue of the Series 4, the new model is made of ceramic and sapphire.

If you are willing to splurge a little bit more, you can get the Hermes edition of the Apple Watch Series 4 which comes with sophisticated clasps and glamorous leather straps.

The Apple Watch Series 4 is powered by the new S4 chip, which has twice the performance of the chip inside the Series 3. It is flanked by the same 16GB storage seen on the GPS + Cellular Series 3 model, but twice that of the GPS Series 3 versions. Also, the S4 chipset is the first 64-bit silicon from Apple to be found on its wearables.

The latest Apple Watch also has a new gyroscope and accelerometer sensor which give it more sensitivity to track your activities precisely and detect if you have fallen so that it can call for help if needed. In addition to having an optical heart rate monitor like the previous models, the Apple Watch Series 4 also has an electrical heart rate monitor which lets you take your Electrocardiography or ECG. The ECG isn’t there just for show and tell, because its readings can be used for medical purposes, but this feature will be made available by the end of the year.

Although the older models will also get the new watchOS 5 update which will come pre-installed on the new one, the infograph watchface might be exclusive to the Apple Watch Series 4 as it appears to have been made for larger displays. At 18 hours, the battery life has remained unchanged and this could be the reason why the always-on display feature hasn’t been introduced yet.