We've arrived at that time of year again at which attention begins to turn to what's happening with mobile software. Google's I/O will talk about the next flavor of Android, while Microsoft has already shed more light on what can be expected of Windows 10, and next month, Apple's annual Worldwide Developers conference will offer insight as to what's next with iOS and OS X. The big iOS 9 update will be among the major talking points at WWDC '15, and having already speculated on what might be added to the iPhone and iPad feature set, a report from a reliable source indicates that at least one Apple Watch may soon grace both iOS and OS X. 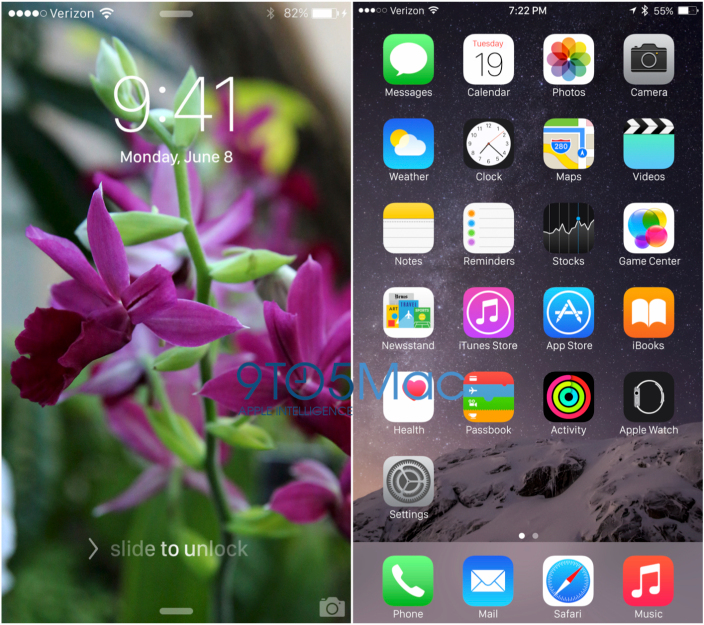 With the Apple Watch, a new system font by the name of 'San Francisco' was introduced, and far from being a move in the name of vanity, it was specifically designed to enable comfortable reading on such a small display. According to 9to5Mac, it will be making its way to iOS 9 and the upcoming OS X 10.11 Mac software later on this year, and will make its debut in June at WWDC.

Helvetica Neue, the current iOS system font of choice, only came into play with iOS 7 back in 2013. On Mac, it's been in place for a matter of months, as part of the major design overhaul with OS X 10.10 Yosemite. But Apple appears to have taken to the Apple Watch's notably clear, legible font, and in a move that also aligns with the company's yearning for uniformity, it seems that all of its major products will conform to the San Fran font. 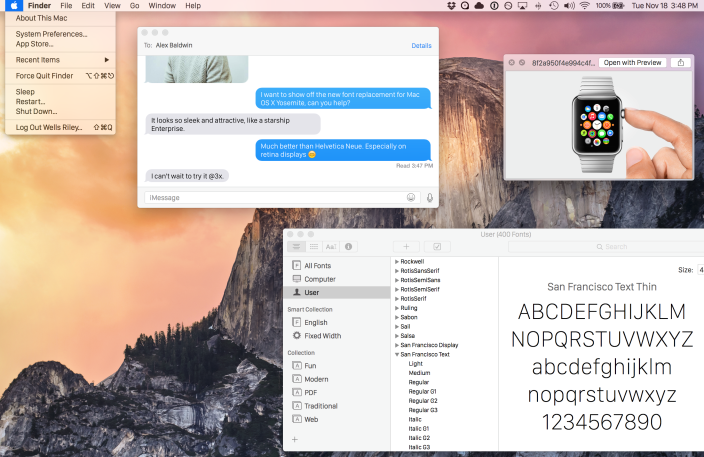 The sources of 9to5Mac's report, which also gives a taster of how iOS and OS X will appear when featuring the new font, also mention that the decision to switch to San Francisco has not yet been finalised. As such, there's a lingering possibility that the idea could be pushed back farther than iOS 9, if not completely scrapped altogether.

Sure, the alteration of the text may be seen as a minor adjustment by many, but it's worth considering that Apple's attention to minute details has been integral to its success in recent years. Scarcely does the company put a foot wrong in ensuring that every little nook and cranny of both software and hardware is tended to with precise scrutiny, and since most mobile device owners interact with their devices at every opportunity, it's a change that probably won't be missed if it does come into effect.

Based on these images, I think it's a subtle visual change that may be slightly easier on the eyes, although it's hard to make any real judgement without using it first-hand.

What do you think of the San Francisco font on iOS and OS X - yay or nay?