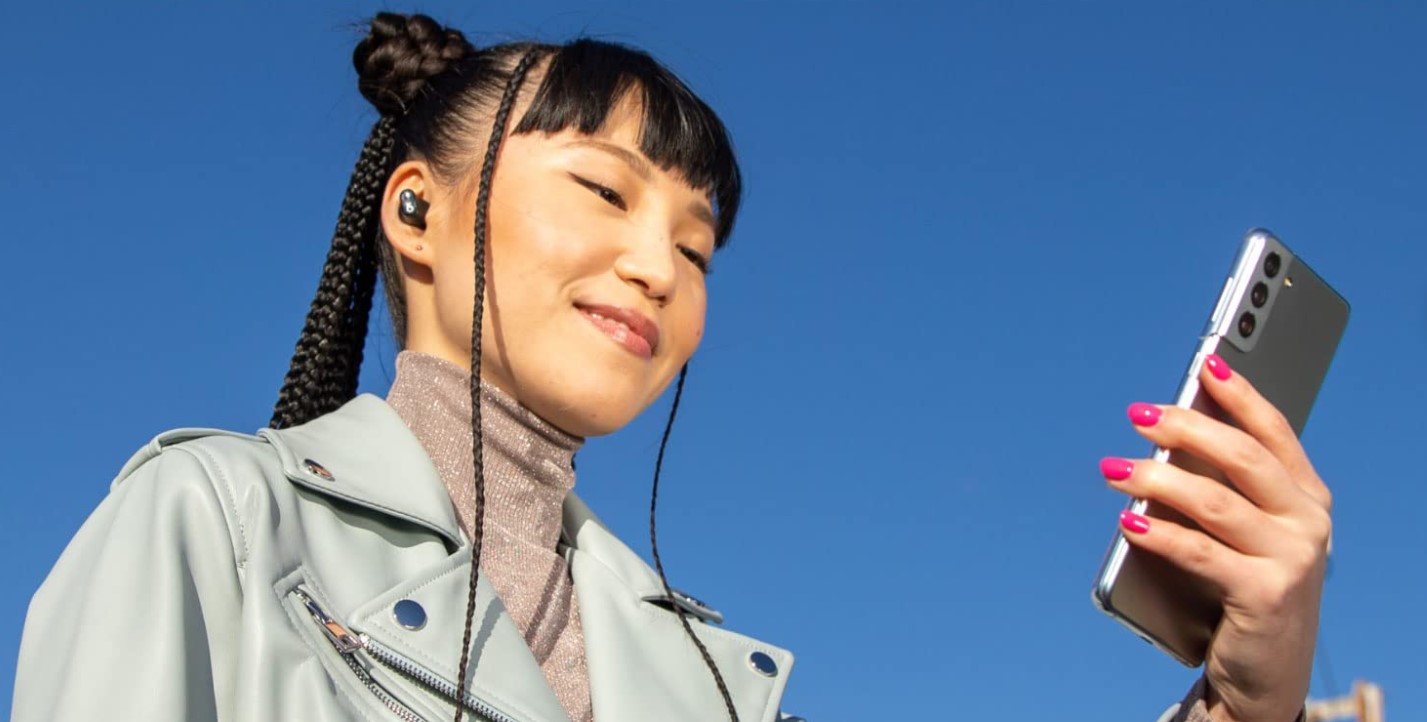 Apple does not prefer talking about the competition unless the company wants to show how better it is doing in one or multiple aspects. However, to use a rival’s product for marketing the Beats Studio Buds, that is a rare sight, even for an entity as large as Apple, as on this occasion, the Galaxy S21 was spotted in an image made to sell an Apple product.

No, your eyes have not deceived you, there is actually a marketing image of a model holding a Galaxy S21 with a pair of Beats Studio Buds in her ears, with the following description provided.

“Beats Studio Buds feature simple one-touch pairing for Apple and Android devices and easily connect via Bluetooth. With the Beats app for Android, you'll get features like built-in controls, device status (i.e. battery levels), and firmware updates. With Apple devices, those features are built in to iOS with no app required, and and you can also activate Siri hands-free just by saying "Hey Siri".”

Since the Galaxy S21 is one of the best Android flagships you can purchase, perhaps this marketing image from Apple was a way to convince non-iPhone users to purchase the Beats Studio Buds. We say this because Apple has included some tidbits about the Beats app for Android too, where users will have access to built-in controls, battery levels, and other details.

Assuming that is true, this is certainly a bold step. Then again, it could have been a mistake from Apple’s marketing team, and the image may get replaced with a new one in due time. However, keep in mind that any AirPods model work with any Android device too, but these are not marketed in such a fashion. Perhaps Apple wants consumers to believe that its AirPods family have been made specifically for iPhone users, while the Beats Studio Buds caters to both categories.

If you want, you can get the Beats Studio Buds from Amazon right now, and if you own an iPhone, you will experience that seamless wireless connection without heading into the ‘Settings’ menu. With Android, though, you will still have to go through that pairing process.