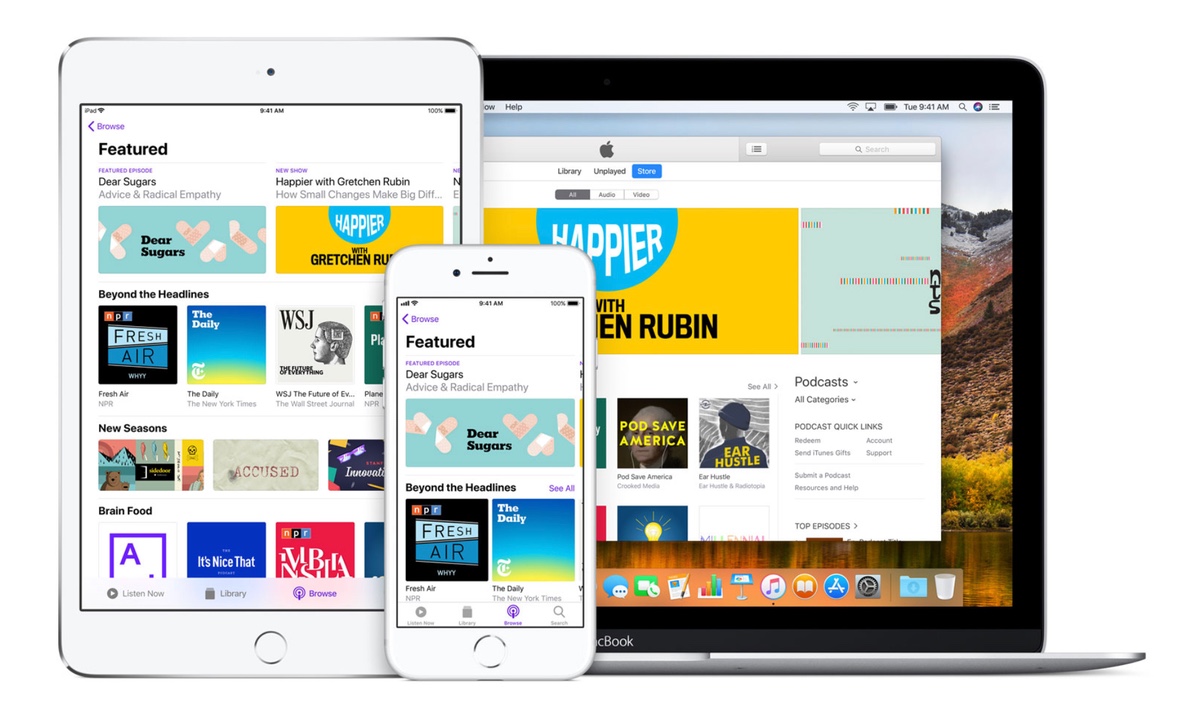 Apple is scheduled to host its Spring Loaded event on April 20. The company is expected to announce a boatload of upgrades which includes the new iPad Pro models, AirPods 3, and a new item-tracking AirTags accessory. Other than hardware upgrades, we are also hearing that the iPhone-maker will also announce its new Podcasts Subscription service on April 20. The new addition was spotted in the beta of iOS 14.5.

As mentioned earlier, Apple is expected to announce its new Podcasts Subscription service at its April 20, Spring Loaded event. The details were revealed by Vox's Peter Kafka in his findings in the iOS 14.5. Spotted by 9to5mac, Kafka stated in a tweet that he is "pretty sure Apple is prepping its own Podcast plan - a paid subscription service - on Tuesday."

In the latest iOS 14.5 beta, the Podcast app features a new account button on the "Listen Now" tab just like you would find in the Apple Music app. In addition to this, the notifications settings have been moved to another location as well which means new other account and subscription additions might be on the way. The subscription is also rumored to be part of the company's Apple One as well as Apple Music.

At this point in time, there is no news when Apple might release iOS 14.5 to the public. However, we suspect the company will announce it on April 20, after its Spring Loaded event. In terms of competition, Spotify has already jumped on the Podcasts bandwagon, expanding its business to other than just music streaming. The company has launched its original Podcasts which are exclusive to the platform. We suspect Apple will add similar features to its Podcasts Subscription service.

Apple's event is scheduled to take place tomorrow and we will update you guys as soon as we have more information regarding it. What are your expectations from Apple's Podcasts Subscription service? Let us know in the comments.