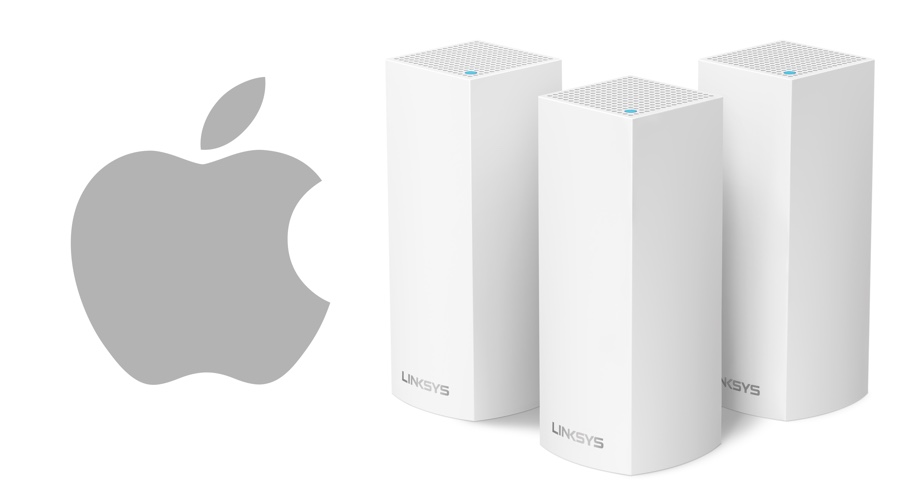 Apple has started to sell a third-party mesh WiFi system from Linksys called the Velop. The company also revealed that it will continue to sell the AirPort lineup of devices.

With No Apple AirPort Update in Sight, the Company is Now Selling a Third-Party WiFi Mesh System in Stores and Online.

Slowly and gradually, the WiFi trend is going towards mesh systems. Heck, even Huawei has made one, which speaks a lot about the idea's popularity. Now, Apple has made the move and started to sell the Linksys Velop mesh WiFi system online and in stores.

The interesting thing here to note is that Apple hasn't upgraded its own WiFi router lineup since 2013. Reports even started to come in that Apple has disbanded the team working on its wireless routers. If the addition of Velop is anything to go by, then it's safe to assume that we won't see an Apple-branded wireless router, probably ever.

Here's what Apple had to say in a statement to 9to5Mac regarding the matter:

People love our AirPort products and we continue to sell them. Connectivity is important in the home and we are giving customers yet another option that is well suited for larger homes.

Those of you who aren't aware, the Linksys Velop is an extremely high-performance, tri-band mesh WiFi system. And since it is a top-tier system, therefore it commands a top-tier pricing too. We're talking $499 for a three-pack here. But you do have an option for a two-pack that retails for $349. Still, not cheap, given you can get something (somewhat) similar from Google for just $299 for a three-pack.

If you're interested in picking one up, then you can head over to the online Apple Store to place your order, or walk straight into one to pick one up. It's available to buy right away.

Personally, I would highly recommend investing in a mesh WiFi system if your primary goal is to blanket your entire space with WiFi. But if you already have a router that gets the job done without any hiccups, then there's really no point tin upgrading at all.