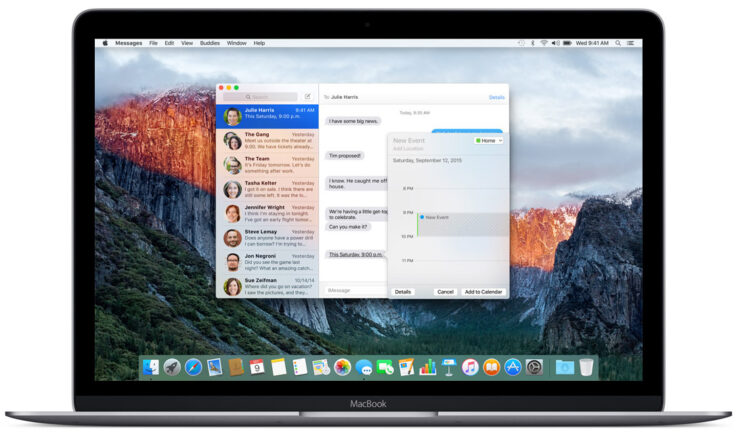 It seems like the right time for Apple to release the new beta for its devices. The new beta for OS X El Capitan and tvOS have been released just one week after Apple officially released its OS X 10.11.5 and tvOS 9.2.1 to the public. Even though Apple did not include any major changes in its previous update, the new builds are yet to be seen and tested for any forward-facing changes. Let's see how the first beta of OS X 10.11.6 and tvOS 9.2.2 differ from the previous version.

Apart from this, Apple has also seeded the first beta of iOS 9.3.3 to developers, so do check out what's new. In terms of OS X, it seems Apple is holding on to the trends of not releasing any major features in its first few betas. The update is small and majorly focuses on behind the scene tweaks and performance enhancements. If there are any bigger changes discovered in the first beta build of OS X 10.11.6, we will definitely keep you posted.

As for the first beta of tvOS 10.11.6, the scenario seems to be the same as it boasts bug fixes and under the hood performance enhancements. Apple has seeded the beta software for tvOS one week after it officially released tvOS 9.2.1 to the public. The previous update did not brag any major changes and it seems that today's build will be no different.

Developers who want to give this new beta build a try can now install it on your fourth-generation Apple TV. To install the update, make sure that your Apple TV is connected to a computer via a USB-C to USB-A cable. Once you do that, the beta software will be directly installed on the device via iTunes.

As we have mentioned before, there are no major upgrades in the new software builds for OS X and tvOS. Nonetheless, if anything new is discovered, we will surely let you guys know about it. This is it for now, folks. What do you think about these two new beta releases for OS X 10.11.6 and tvOS 9.2.2? Do you think Apple has incorporated any new feature in the update? Share your thoughts in the comments.