Apple Preparing Monster 32 Core HEDT CPU To Take Out The x86 Market, Home Grown Discrete GPUs In The Works Too 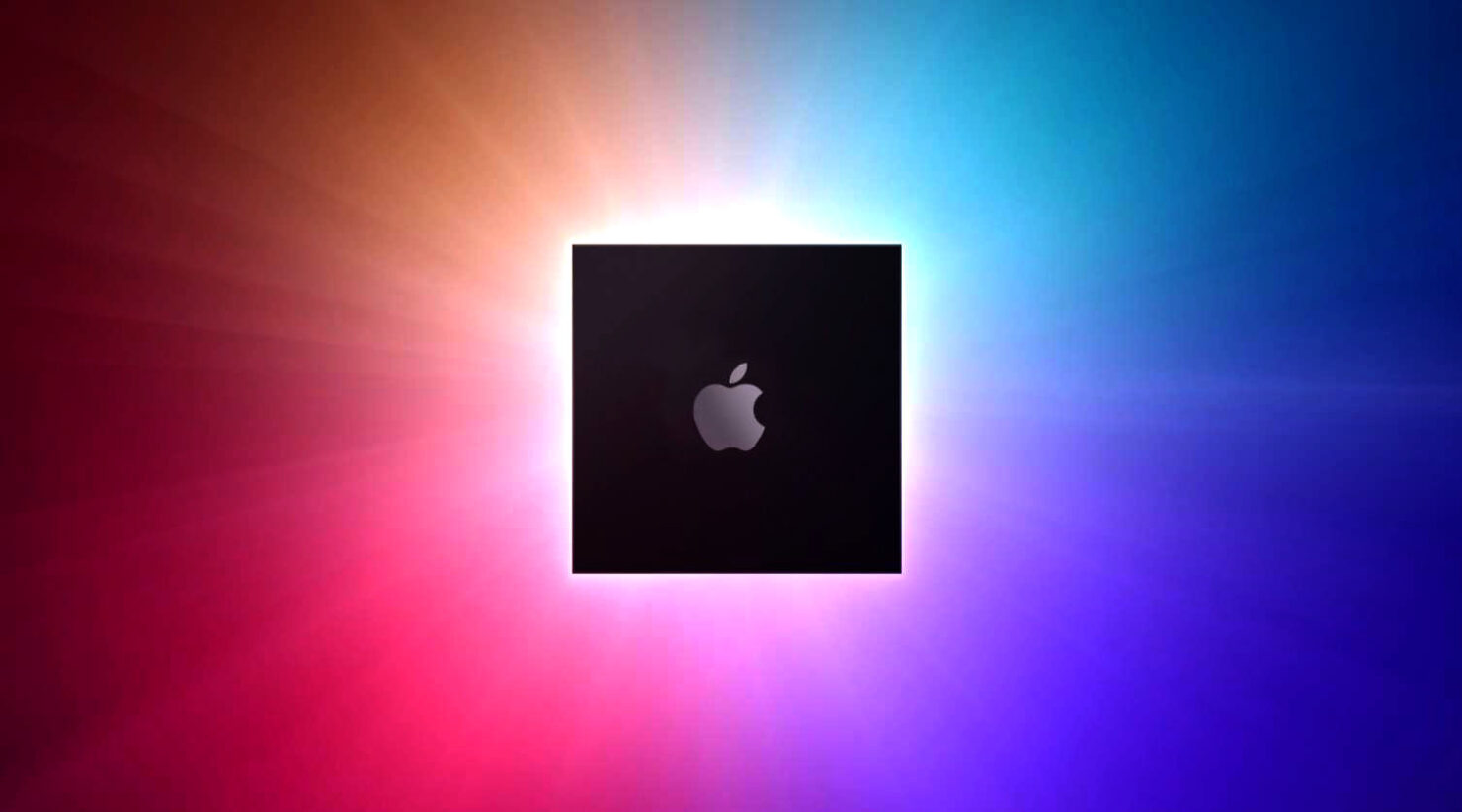 Apple's M1 CPU is a very impressive 15W part and while it is certainly the fastest low power processor, it is nowhere near the fastest when compared to high-end x86 silicon from AMD and Intel. According to a recent report by Bloomberg (fair warning, this is the same publication that posted 'the big hack' story about a tiny and practically unfeasible Chinese chip which was never proven or retracted) Apple is currently working on a processor that should obliterate even the fastest x86 CPUs from Intel and AMD.

All that said, the name of Bloomberg still means something so we will not be marking this as a rumor and I do personally believe this will very well turn out to be true. This would make for a very very interesting couple of years in the next decade as Apple - a company bursting with cash and the first-priority arrangement with TSMC - enters the high-performance computing ring and attempts to do something no other ARM-based company has ever succeeded at.

Apple has already announced its intentions to start moving away from the x86 ecosystem and this is something we believe is in the best interest of the company considering the x86 champion is asleep at the wheel. According to the Bloomberg report, the company is already working on a 8-core (the M1 is 4+4), 12-core, and 16-core mainstream CPU part which should be rolled out soon enough.

But that's not it, the company is also working on a 32-core HEDT part that will likely be featured in its Mac Pro series - which currently features Intel's 28-core parts. Keep in mind, we are assuming that their desktop chips will have big cores and it could also turn out that there are small cores in the core count as well (although I would consider that unlikely).

On the GPU side, Apple is using AMD's discrete GPUs and reportedly plans to phase them out as well with their in-house silicon. The home-grown GPU will have up to128 cores and will replace the Radeon designs currently being used. 16 and 32 core parts for mobile and 64 core parts for desktop are already in active development and will be significantly faster than the Radeon GPUs they replace. 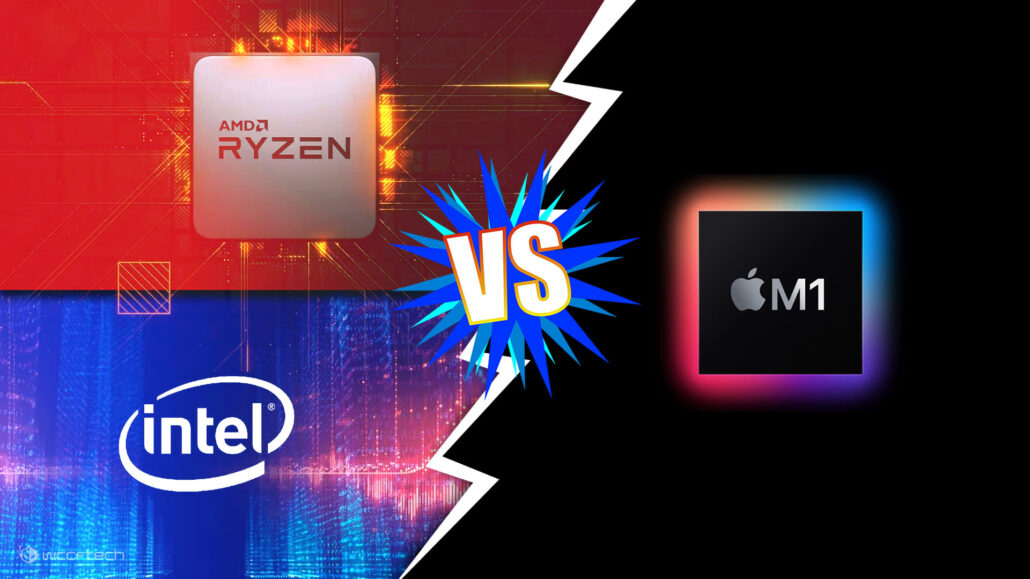 Here is why Apple will very likely succeed in this effort

One of the major reasons why ARM-based competitors have never been successful in the past is because Intel has historically enjoyed a node lead of roughly 1.5 to 2 years over the entire industry. This not only boosts the performance of the underlying architecture but also makes it very hard to compete. Fortunately (or unfortunately depending on whose side you are on), Intel's lead has not only ended but the company is actually lagging slightly behind TSMC right now. Keep in mind the marketing names of the processes mean nothing, if you look at the fin pitch and gate pitch, TSMC's 7nm process is roughly equal to Intel's 10nm. But 5nm is a full node advantage over the company's 10nm process (which isn't even fully out of the gate I might add).

AMD has to rely on TSMC but the latter does not give it first priority treatment and it always gets more affordable levels of nodes (N+1) when compared to Apple - which usually gets the latest and greatest. This means that as far as nodes go, and considering the pile of cash they are sitting on, Apple has it pretty much in the bag. Nothing short of a complete miracle will stop Apple from retaining its process advantage over the next half-decade.

The second major reason is that of clock speeds. One major reason why x86 has (historically) always fared well in high-performance tasks (and conversely not been very good at low power tasks) is that it can sustain very high clock speeds without any leakage. With Intel struggling to keep up and AMD CPU design focusing on IPC rather than clock speeds, the door is wide open for an IPC-centric competitor to take Intel and AMD's figurative lunch. Based on the current trajectory, and if this report turns out to be true, a 32-core Apple CPU that can clock even remotely close to the M1 should essentially destroy 32-core parts from Intel and AMD.

We do expect Apple to easily be able to create GPUs with higher perf/watt than the AMD Radeon designs currently being used - which are mostly part of the mid-end spectrum.

Here is why Apple might not succeed in this effort

Now let's discuss factors that might impede Apple's seemingly unstoppable path to domination. Keep in mind, however, that I consider this a low probability scenario but all facts of the case are being presented for completion. Intel has previously stated that their 7nm process will be on track by the end of 2021. Considering the company has historically slipped on every single process announcement we have very little confidence in this statement, unfortunately.

But on the off chance and by some miracle, Intel is able to complete the shift to EUV by 2022 and is able to achieve good yields on 7nm, then their lagging factor will disappear overnight. This will make the company's processor much much more competitive overnight. To give you an example, the company's 10nm based TigerLake CPU actually beats the Apple M1 in single-threaded results in Cinebench - something no other x86 processor has been able to pull off.

On the other hand, if AMD's next generation of Zen processors are able to achieve very high clock speeds (which once again, we do not see happening because that is not their design philosophy), they will be able to hold the fort against Apple's HEDT efforts even with a 1 node disadvantage. The least likely scenario (in our opinion) that can benefit the x86 market is if AMD is able to get node-parity with Apple parts from TSMC (for context, Apple is on 5nm while AMD is on 7nm).

The GPU side of the story, however, is completely different. Based on current information, we do not expect Apple's 128-core part to be competitive with NVIDIA or even AMD's high end (but it should be able to easily replace the ones Apple is currently using). Considering Apple's GPUs will be made for their own platform and unlike AMD/NVIDIA will likely actually be available to purchase, it makes little difference in the end whether Apple can beat AMD and NVIDIA's flagships. We also expect NVIDIA and AMD's Radeon side to be in a significantly better position to defend market share than Intel and AMD's Ryzen side right now.