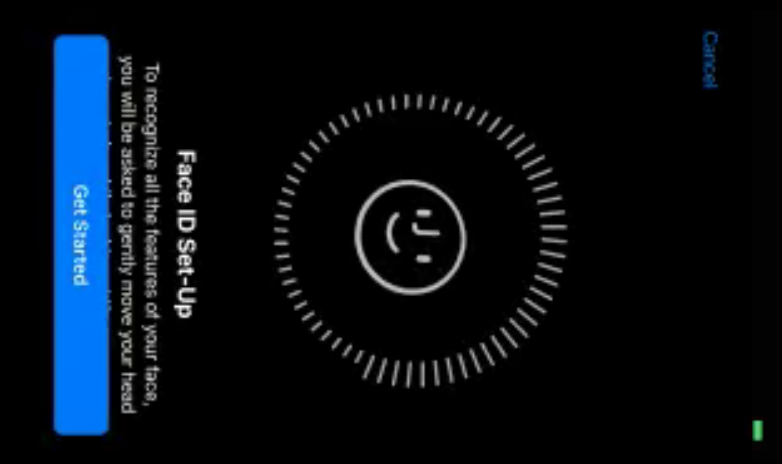 With three days left until Apple's iPhone 8 launch, leaked iOS 11 firmware just keeps on giving. Despite the fact that it's been around for quite a while, developers have started to become active only over the course of the past couple of days. This activity is supplemented by detailed Face ID leaks, the latest of which is Ming-Chi Kuo's latest claims. While the renowned analyst isn't accurate all of the time, the pinpoint accuracy of his claims grants him a good status among Apple sources. That being said, we've got more Face ID details for you today. Take a look below to find out more.

Imagine if Apple doesn't launch a single iPhone with facial recognition this year. It'll leave a lot of folks red faced. A lot of leaks, both hardware and software related claim that the iPhone 8 (or iPhone X), will shift the focus completely to facial recognition this year. However, the feature wasn't believed to be the smartphone's sole security focus. Apple will introduce virtual fingerprint recognition for the iPhone, claimed the rumor mill.

However, just like the Samsung Galaxy S8 proved it wrong, hype for the feature died down for Apple as well. Subsequently, as more and more 'front panels' surfaced showing no button cutouts, folks started to claim two alternates. 1) The iPhone 8 will feature rear fingerprint recognition. 2) Apple will enlarge the smartphone's power button for Touch ID. Out of these, support for the second continued well into August.

But then, supply chain sources started to make some very interesting claims. Apple, this late into the iPhone 8's development cycle, faces yield problems. It's this claim, combined with latest mega Face ID leaks that claim no Touch ID for the premium, $1000 iPhone, whether it's named as the iPhone 8 or the iPhone X. Today's images lend more solidity to these claims, despite the growing 'selectivity' of the rumor mill.

After all, things never got this specific for the Samsung Galaxy S8. iOS 11 firmware leaking will raise a lot of big questions at Apple, especially if its authentic. The company's never lost this much control, and this at the time of a redemption iPhone is interesting to say the least. Will or will Apple not remove Touch ID completely from the equation? That remains the biggest question before the 2017 iPhone launch. Thoughts? Let us know what you think in the comment section below and stay tuned. We'll keep you updated on the latest.