Apple launched its Near Field Communication based services 'Apple Pay' after introducing the iPhones 6 in 2014. It's been five years since the service became official, and since then, Apple's started to give its 'Services' segment greater attention due to a growing iOS user base. Now, we've got a report from eMarketer stating that Apple Pay is now top mobile payment services in the United States. Take a look below for more details.

While Apple launched Apple Pay all these years back, the company has only recently started to seriously approach financial services by launching the Apple Card in March and making it available in August. Looks like the combined effect of a growing iOS user base, improvements to Apple Pay and the introduction of Apple Card is bringing more folks inside the fold of Apple's mobile payment platform.

This is suggested by data from eMarketer who analyzed usage patterns of smartphone users in the US. According to the survey conducted this month, 47.4% of proximity mobile payment users in the US (30.3 million) use Apple Pay. This means that Apple Pay has beaten the Starbucks app, which according to eMarketer, has been at the top for a while. 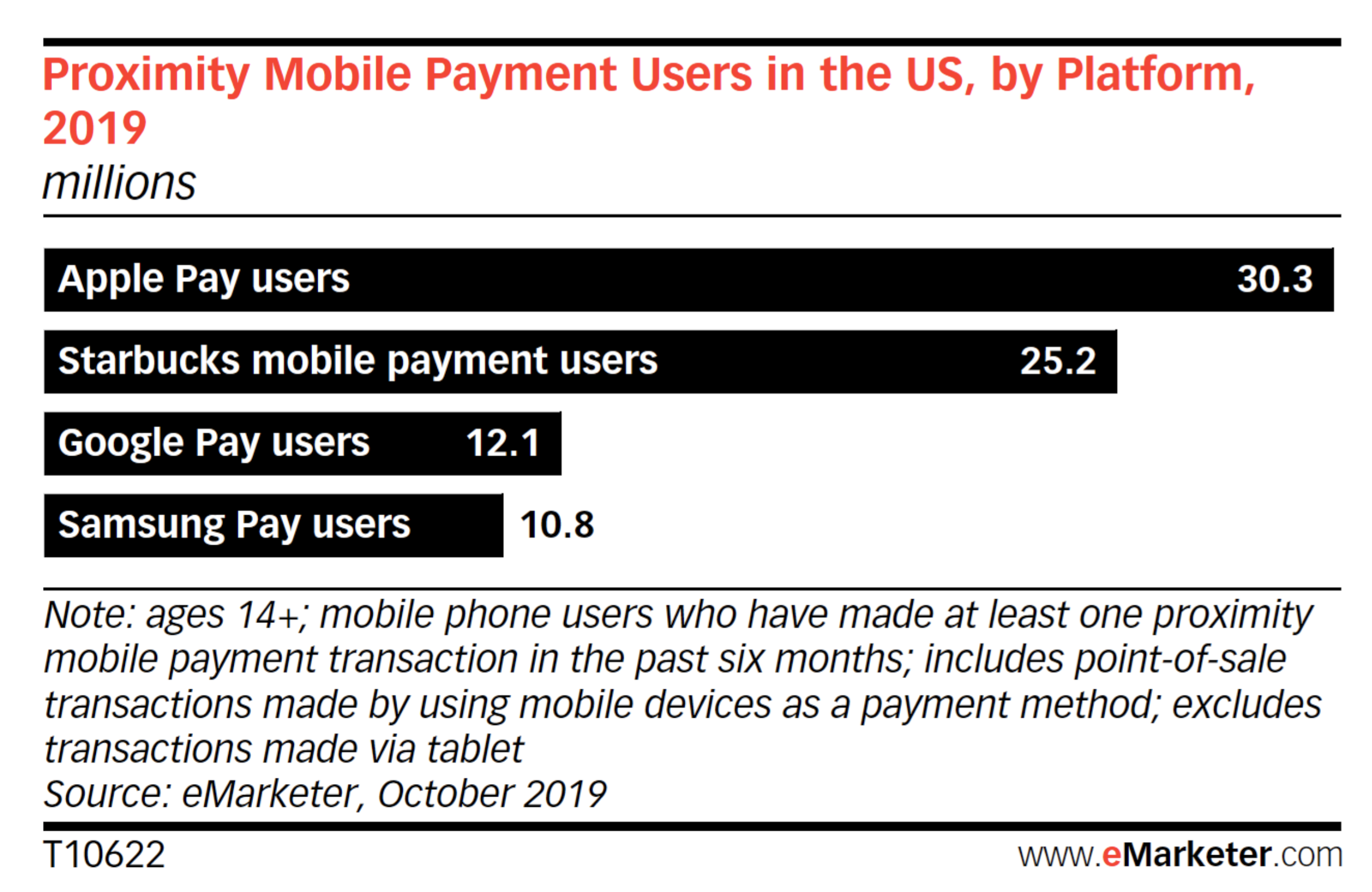 The Starbucks app, in comparison, is used bt 25.2 million users which represent 39.4% of total users. In third place is Google Pay with 12.1 users and at the bottom is Samsung with 10.8 million. Given that Starbucks' app is limited only in the company's stores, it was only natural for it to be overtaken by another more generic application.

According to eMarketer analyst Yory Wurmser, a big reason behind Apple Pay's growth is the increase in point-of-sale systems utilizing NFC. Additionally, two services in Android, as opposed to one service in iOS, leads to a split in market share for the former. But even if we combine Google Pay and Samsung Pay users, Apple's mobile payment system users would still outnumber them.

Total spending through proximity mobile payments will reach $100 billion this year in the US, with the total number of users using the services to grow by 9.1% to 64 million. Finally, adults aged between 25-34 years form the largest chunk of this user base. Thoughts? Let us know what you think in the comments section below and stay tuned. We'll keep you updated on the latest.