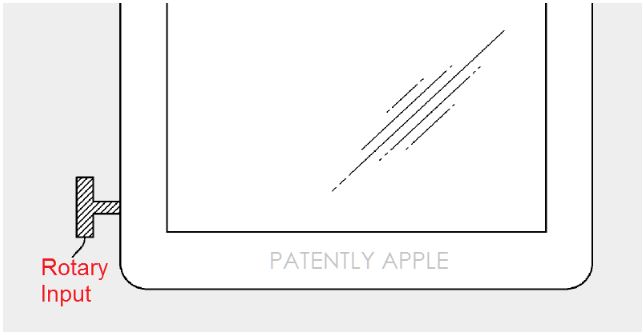 Recently, Apple patents a new method of interacting with the iPhone and iPad. It seems Jony Ive and his team are contemplating the idea of having a Digital Crown on other iOS devices besides the Apple Watch. The patent application was spotted by Patently Apple showing a rotary input device on a tablet. The patent suggests many uses for the digital crown which we will talk about later on.

Other than a rotary input mechanism, the patent application also hints at a device without any bezels. The digital crown will be used on the bezel-less device for basic user interface interactions. It's not likely that Apple will ship the device with a digital crown any time soon. Normally, Apple doesn't pan out products that it patents right away. We have seen Apple's patents turn into a live product but this might not make it out for another couple of years. That, if Apple plans to implement it in the future.

For me, digital crown would be a nice touch on the iPhone, considering the utility derived from it could be immense. If you think scrolling with your fingers covering the display is annoying, the digital crown on an iPhone could solve this. However, these wishlist features are personal opinions and might vary from person to person. 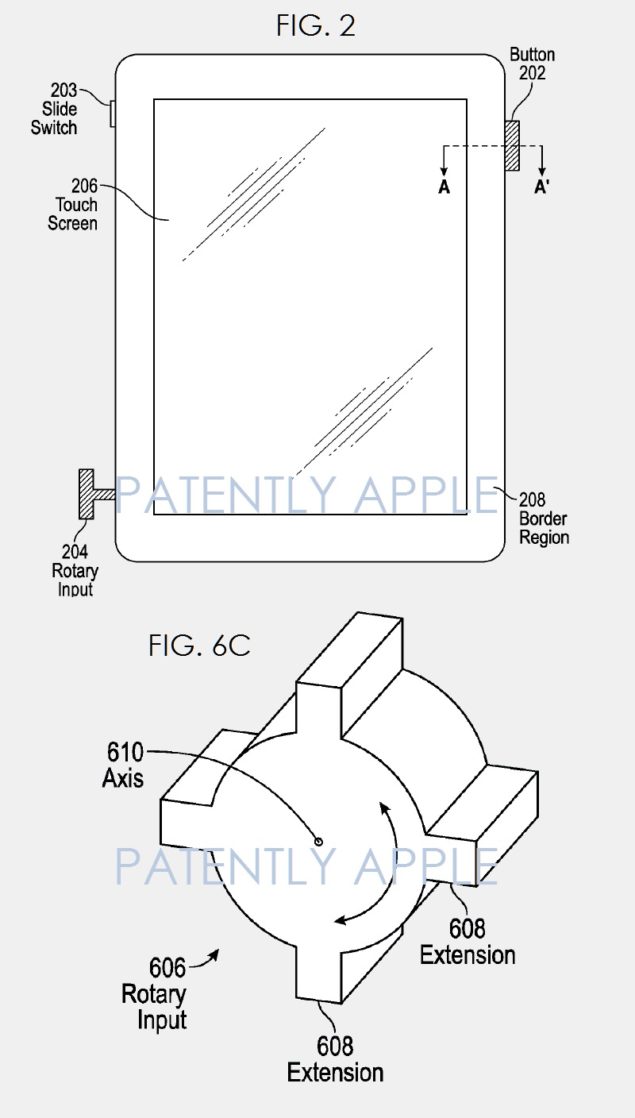 The patent puts the digital crown on an iPhone or iPad as a volume controller or for locking the display of the device. Other interactions include common features like zooming in and out of an image. This application of the digital crown can also be used when taking pictures. A mechanical scroll used for zooming purposes sounds like a great idea. It can also be used for resizing pictures and other things as mentioned in the patent.Moreover, in another patent filing by Apple, the digital crown is designed to be waterproof and capable of providing haptic feedback.

As astonishing as it sounds, it's far from becoming reality for another couple of years. Currently, only the Apple Watch is equipped with a digital crown which is used to interact with a small display. Moreover, the digital crown on a watch makes more sense than incorporating it in a smartphone. Nonetheless, it all depends upon consumer preferences and how they perceive it.