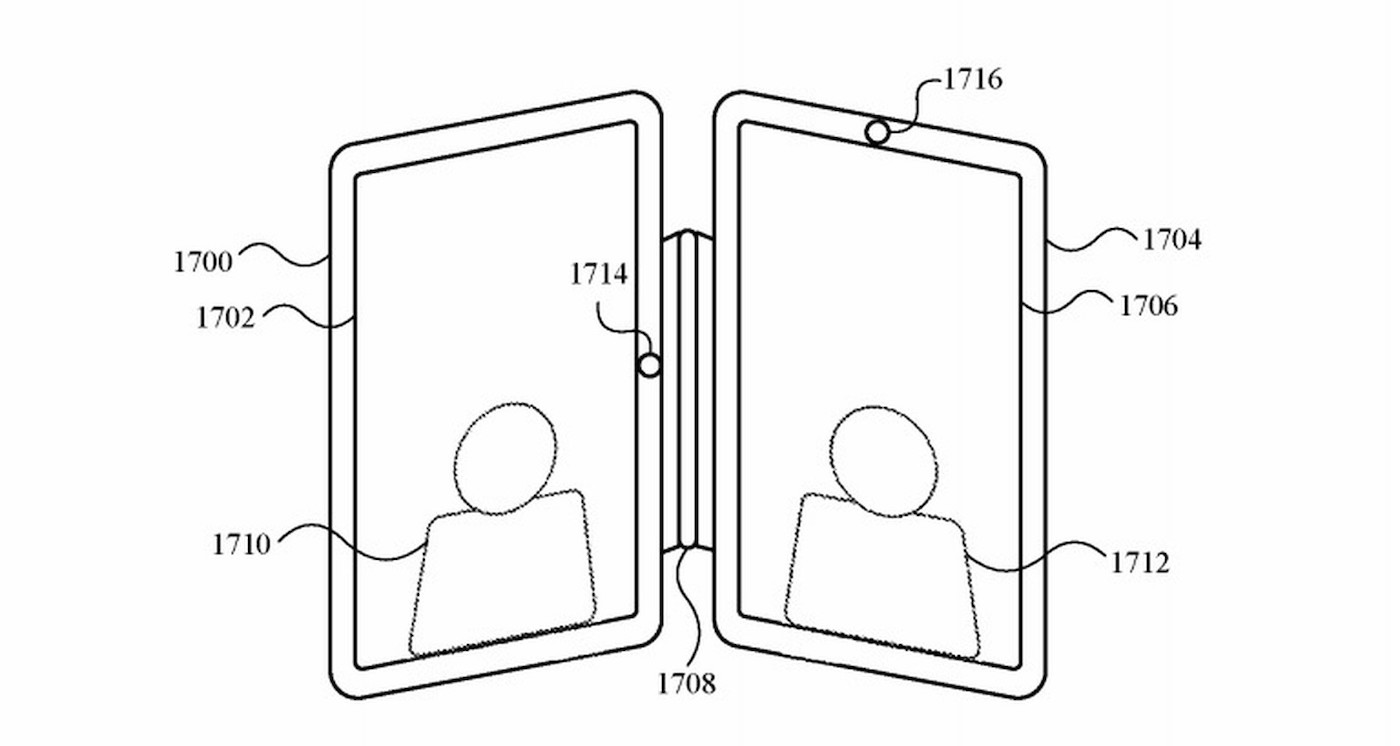 A new patent by Apple shows that the company is researching a future product that might allow connecting two iPads or iPhones as a single workstation or notebook. The concept images show a Microsoft Neo-style form factor with two iPads being used as a book and another form factor in which one of the iPads is used a keyboard, while the other is used as a display. 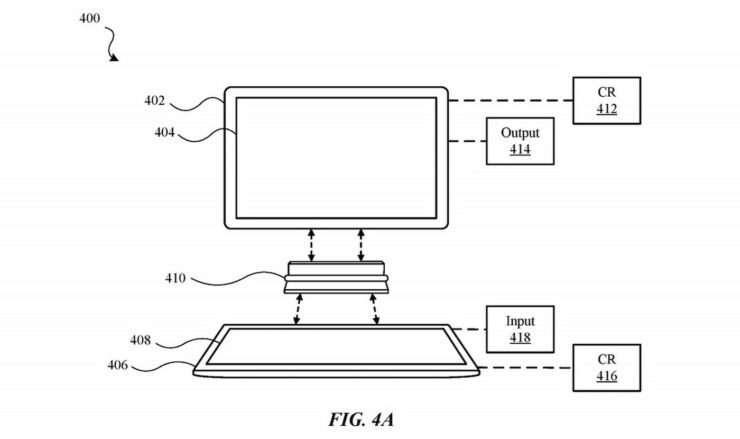 The patent, titled 'Modular multiple display electronic devices', shows a small device foldable device that attaches to both iPads or iPhones via a connector. This device will enable connectivity between both iOS devices, allowing them to transfer data seamlessly between each other, and work as a single device. The patent describes various use cases, one of which includes using an iPad or iPhone as a keyboard with a Touch Bar. 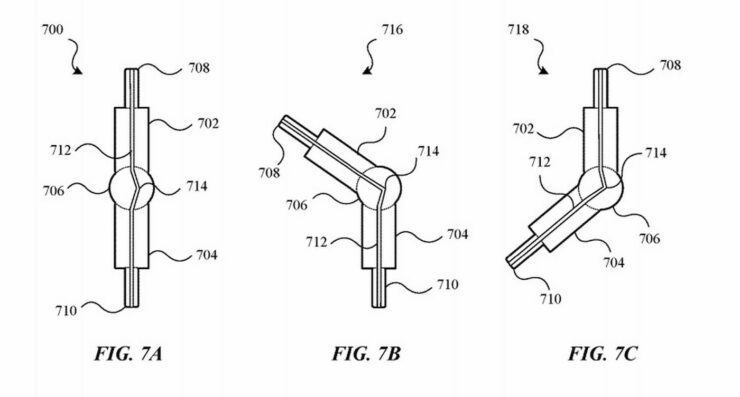 The hinge itself has been shown to work at many angles. This should allow it to support various form factors such as a notebook-style setup, or just iPads book-style next to each other. Whether it will work between iPhone and iPad, so you could use one as a keyboard, is unclear, but that would be an interesting use case and something we see as being used often. Perhaps the iPhone would need a smart connector for this feature implementation.

Microsoft has already announced a product called Neo, which would have dual displays side-by-side in the 'book' form factor. The displays will also act as one, but will also support a notebook form factor in which one of the displays can become a keyboard/trackpad combo. The project has been reportedly been delayed to 2021.

This is not the first patent that Apple has filed towards this technology. The company had previously filed for a patent titled 'Cross Device Interactions', which went into detail on how two devices could work as one when they are in close proximity to each other. This new patent seems like it is closely related to the older one.

As this is just a patent filing, there is a good chance that this feature might never see the light of the day. Apple often files patents for hardware and software features but never ships them in actual consumer products.