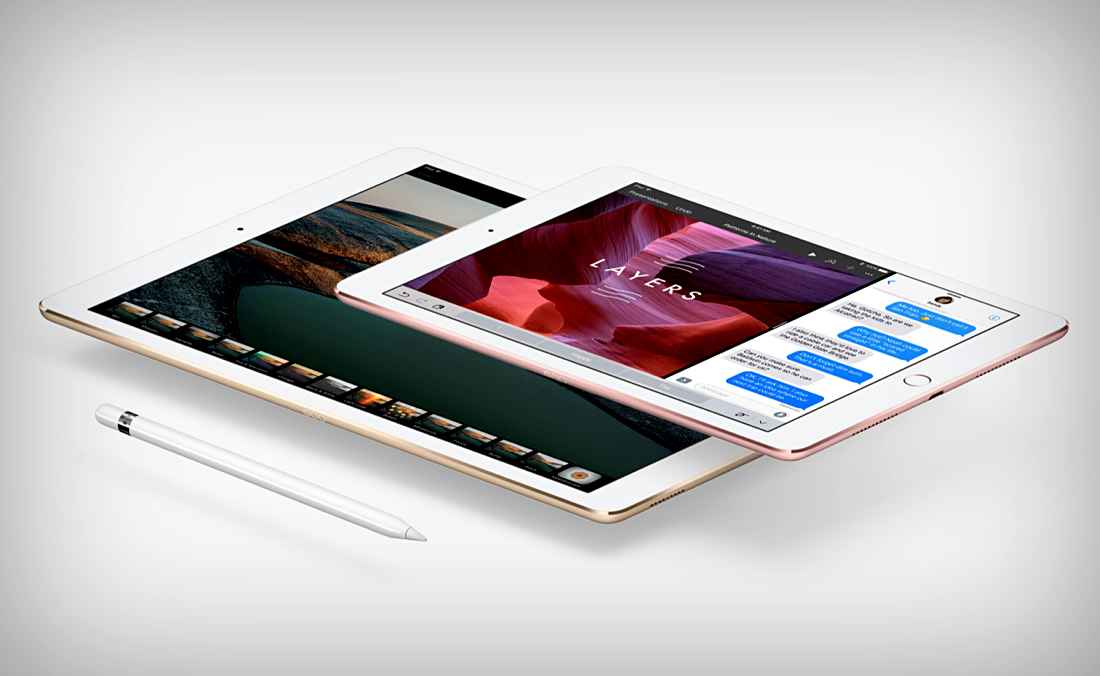 The iPad Pro was introduced a while back and alongside its release, Apple highlighted what the Apple Pencil had to offer. At this point, the Apple Pencil is a marvelous stylus, offering iPad Pro users extensive control over various operations. However, it's a difficult job carrying the Apple Pencil around since it does not come with a holder or such. Now, Apple's new patent seems to solve this issue. Let's dive in to see some more details on what the new patent depicts and to what extent can it solve the Apple Pencil holstering issue.

Apple's new patent filing shows a looped holster for the Apple Pencil which will be attached to the Smart Keyboard. In addition to this, there is also a mechanism like spring clip combined with the Smart Cover. However, since Apple files a lot of patents,  it does not necessarily mean that the product will see daylight any time soon. Henceforth, at this point in time, we're not exactly sure if the company plans to implement the required changes in the upcoming variants of the Smart Keyboard or Smart Cover. 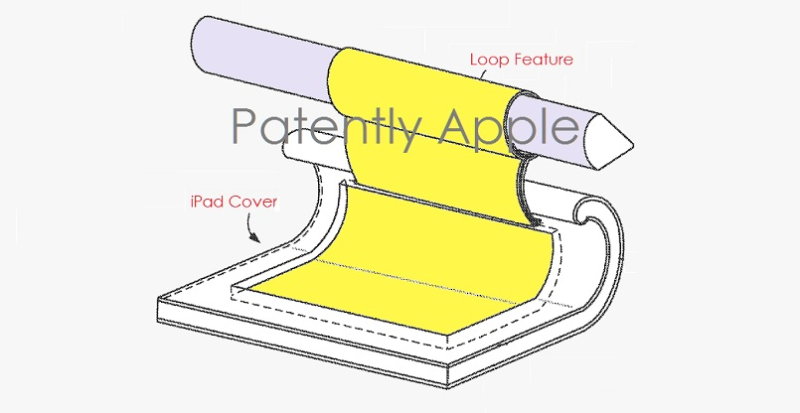 In addition to this, one interesting aspect derived from the patent filing is that Apple made a few references citing that the Pencil can be used with "a smart phone or a tablet". Could this mean that the company has plans to integrate Apple Pencil support in the iPhone? As fascinating as it seems, there are no solid statements or evidences available to support the scenario. However, bear in mind that anything can be expected at this point since the days are closing in on the 10th anniversary of the iPhone and the company could surprise us with a bevy of additions. 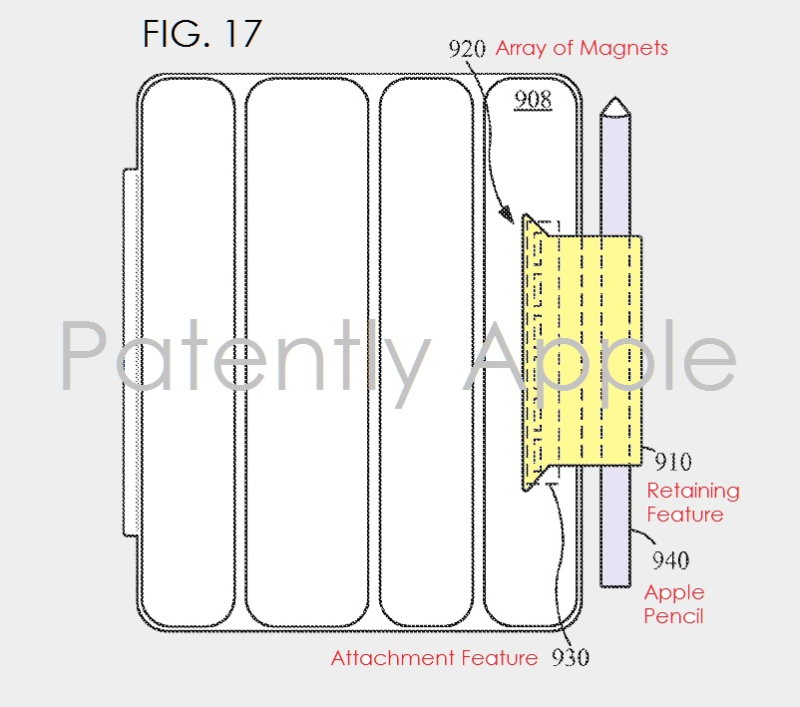 Right now, the Apple Pencil remains exclusive to the iPad Pro alone. However, since we're not fully familiar with the company's plans, it wouldn't be wrong to expect something like this from Apple. In addition to this, it is also said that Apple might introduce the second generation of Apple Pencil later this year. Possibly the new version could be incorporated with support for other iPad models as well.

Patents are usually filed in order to avoid any confusion in the future and unquestionably, the iPhone-maker files a lot of them. It all depends on time if any final product comes out of it. As for now, what are your thoughts on the Apple Pencil holstering patent? Share your thoughts with us in the comments.