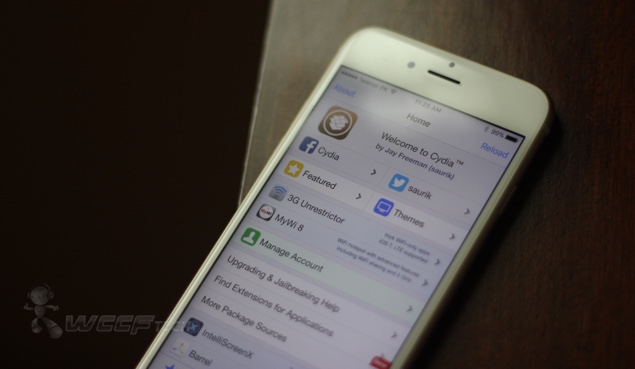 Remember the iOS 9.3.2 jailbreak that was shown off a while ago? It appears as though the JailbreakMe style untether has been patched in iOS 10.

It was only last month we got a glimpse of a JailbreakMe style browser-based iOS 9.3.2 jailbreak. Interestingly, that jailbreak wasn't meant to be released to the public. The developer behind it made this fact abundantly clear. The jailbreak community on the other hand, got willfully excited in high hopes for its release. Fast forward to this day and it has come to our knowledge that very same jailbreak has been patched in iOS 10, making all the untether progress absolutely useless.

The exploit required for the jailbreak to work, GasGuage, has been patched in iOS 10. Interestingly, this exploit remained unpatched up till iOS 9.3.3 beta. But with GasGuage biting the dust, the developer behind the discovery of this exploit is announcing to make the exploit public. The reason behind this is that it could be used by someone else to create a working jailbreak solution.

so- apple killed both of my jailbreak chains. gasgauge was in one.

Also keep in mind that this announcement comes at a time when iOS 9.3.3 is currently in beta. This means Apple has already gotten a leg up regarding GasGuage's existence. Therefore expect it to be patched in iOS 9.3.3 final build. In simple words: a jailbreak team like Pangu or TaiG needs to act in a swift manner if they are to make good use of this exploit.

Now that the exploit is public, it's only a matter of time till we see a working iOS 9.3.2 jailbreak for the public. But it should be kept in mind that iOS 9.3.3 is on its way, therefore prepare yourself right now before it's too late. For starters, make sure you restore your device to iOS 9.3.2 using iTunes. Secondly, create a backup of everything using iTunes or iCloud.

If iOS 9.3.3 is made available for the public in the days to come, do not update. It's absolutely vital that you keep this thing in mind. Updating to the latest iOS firmware build only lays to the rest changes of jailbreaking your device. We cannot emphasize enough on this.

Whenever the jailbreak is available for devices, we will update our readers about it. Meanwhile, there's ample time in your hands to get things right and prepare yourself for the untether. You don't want things to go south on release day.