When Apple took the wraps off Apple Music, the company also announced that the service would be available on Android, allowing users on the other side of the fence to stream tracks from Cupertino's servers. So far, the Apple Music for Android app is nowhere to be seen, but a new leak has surfaced online that aims to show screenshots of the purported app. 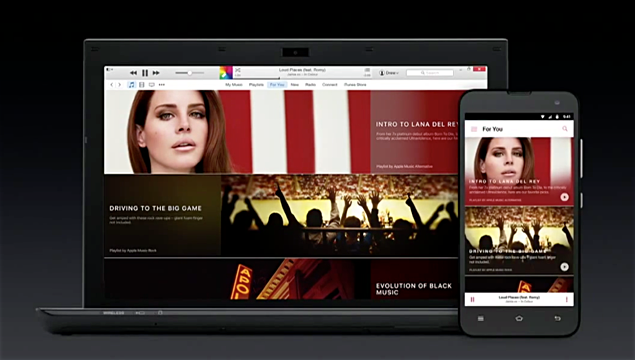 The Apple Music for Android app, just like the iOS counterpart, will feature a 'For Me' tab, and will also feature Beats 1 radio as well as Cupertino's newfound music-focussed social network, Connect.

At the Apple Music announcement, the company announced that the service will make its debut on the Android platform this fall, with different sources saying that the app could drop next month. Of course, Apple can change its plan without any notice, but that remains to be seen.

Check out the screenshots below and see for yourself what you can expect from Apple Music when it lands on Android:

We have high hopes from Apple Music on Android, and we are somewhat certain that Apple won't be delivering a crippled experience on its competitor's platform, but still, there are some areas where Apple could hit its staff on the ground to entice users to jump onto the iOS platform.

At this current point in time, Apple Music has 6.5 million paying subscribers, which, if you're asking us, is a good number, considering how much crowded the music streaming space already is from the likes of Spotify, Pandora and others. We're certain that number will eventually grow over time when users start to get to grips with the service.

Apple even offered a three-month free trial to users in which they could stream tracks to their heart's content, after which they could either continue using the service or back off altogether. Currently, the company offers two music streaming plans: one is for individuals, which costs just $9.99 a month, while a family plan costs $14.99, in which up to six people can share one single account and stream music as much as they want on their devices.

With the Android app incoming, it would be interesting to see in which direction the company's fortunes will be headed.