Apple Music Festival 2016 Announced For London – Here Are The Details 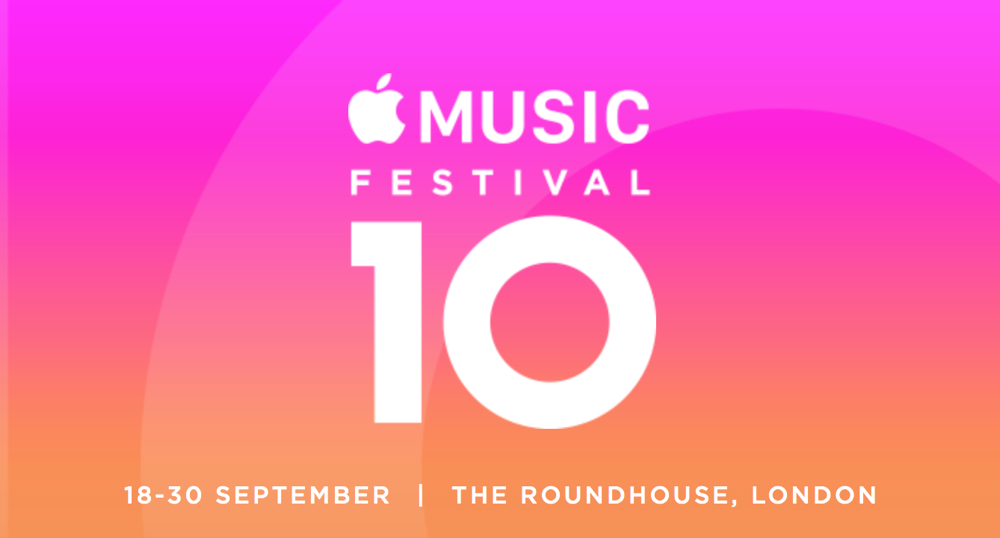 Staying true to its musical roots, Apple has announced Apple Music Festival 2016. The complete details regarding the event can be found right here.

Apple Music Festival 10 returns to London in September for 10 exhilarating nights of live music. Residents of the UK can win tickets to the gigs. Apple Music members around the world can watch the performances for free. Ticket applications will be opening soon. Follow @AppleMusic on Twitter and Snapchat for up-to-the-minute information and join the #AMF10 conversation.

Let's start with the basic nitty gritty of the event first - Apple Music Festival 2016 will be held in London at The Roundhouse, kicking off on September 18th and ending on the 30th of the same month. Furthermore, if you're an Apple Music subscriber you can watch / listen to the entire event live. Lastly, you'll be pleased to learn that ticket applications will be opening soon, and when they do you'll definitely hear from us in the days to come. Hence, stay tuned for that.

It was just last year when Apple took the leap of faith and rebranded iTunes Music Festival to Apple Music Festival. The sudden change in name of its longstanding music festival was due to shift in the company's direction in music, opting for a full-fledged streaming service. Also, since this is the tenth music festival coming from Apple's end, hence this year's event marks the tenth anniversary of Cupertino's musical spirit.

Although Apple Music is still in its infancy, gathering new subscribers as it strides along, it still remains to be seen how it will stand the test of time. So far, Apple Music is seeing good success among iOS and Mac users, but at the same time, Spotify is picking up pace by introducing new and more attractive pricing tiers for users. It's safe to say that the music battle is truly on at this hour and only one will come out supreme.

Coming back to Apple Music Festival, you can catch more details on Beats 1, Apple's round the clock music station. It's absolutely free to listen to, and does not require any sort of subscription. But of course, if you want to listen to the whole gig, then you have to churn out $9.99 a month for an Apple Music subscription.

We'll bring more details to our readers as we get our hands on them, so stay tuned!