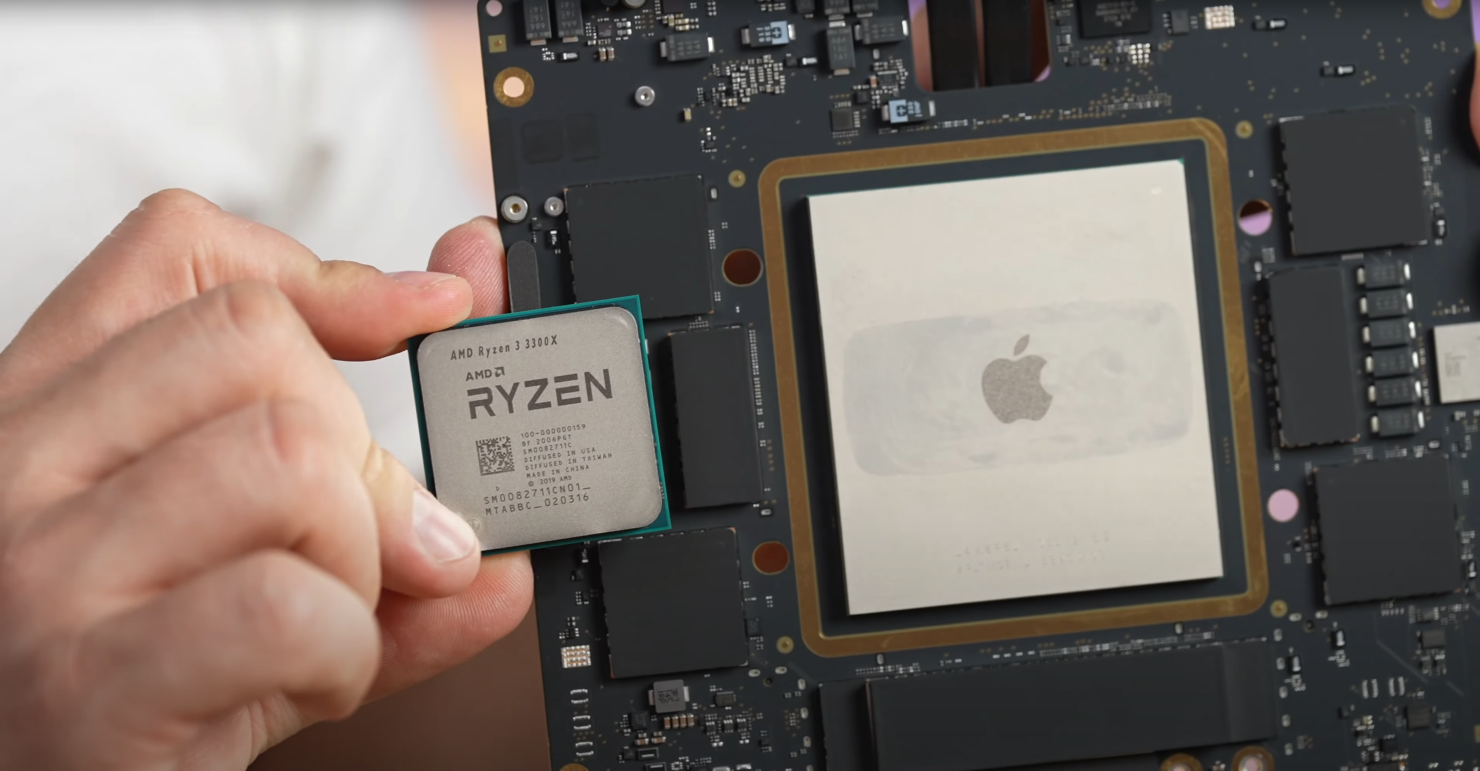 Since the embargo lifted on Apple's Mac Studio, more benchmarks and teardowns of the device are coming in, featuring the brand new M1 Ultra SOC. Just like its tall GPU performance claims, the chip maker claimed some big numbers for its newest chip against desktop options from Intel & AMD but independent tests show that Apple is once again unable to match those claims.

The first teardown video of the Apple M1 Ultra SOC has been published by tech channel, Max Tech, who managed to take apart the Mac Studio and give us the first look at the massive package for the new chip. The chip was also compared to an AMD Ryzen CPU which looks tiny compared to the M1 Ultra. Based on the size and dimensions, the M1 Ultra is nearly 3 times the size of the AMD Ryzen chip.

But there are reasons why this chip is so huge, you see not only is the M1 Ultra an MCM chip that fuses two M1 Max dies together but it also has a huge 64-core GPU, all the IO & even the memory on the same package. The Ultra SOC still utilizes the 5nm process node but the doubling provides up to 114 Billion transistors on the same package. The new UltraFusion architecture delivers up to 2.5 TB/s of low-latency interprocessor bandwidth and 800 GB/s of fast memory bandwidth. The interconnect architecture features more than 10,000 signals between the two chips. 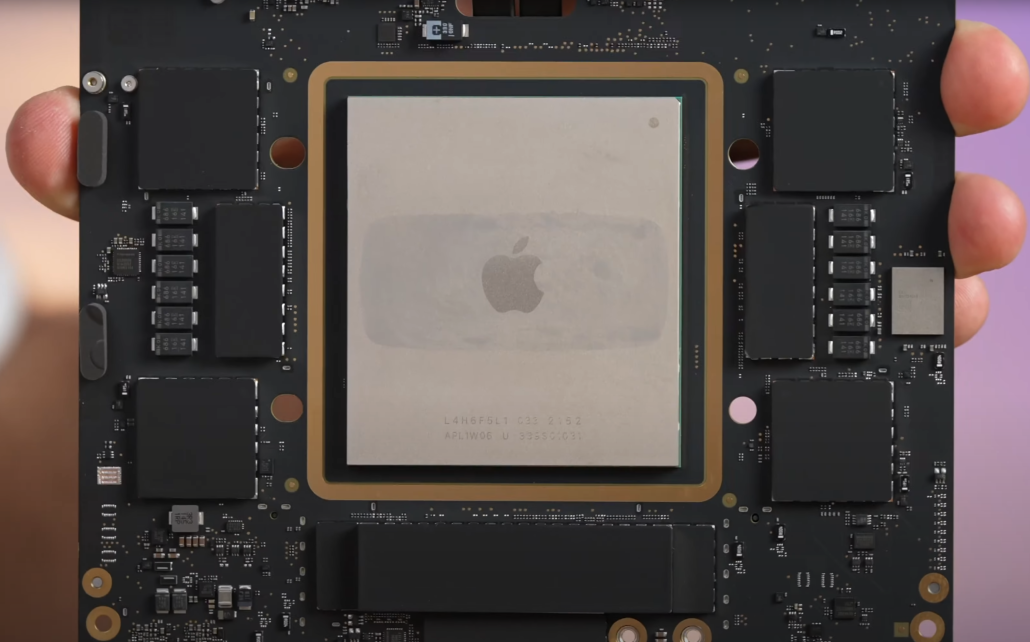 Now in the leaked performance benchmarks, Apple's M1 Ultra SOC was shown beating up to an AMD Ryzen Threadripper 3990X 64-core CPU with its minuscule 20-core processor. The M1 Ultra barely competes with the Intel Core i9-12900K and AMD Ryzen 9 5950X and there are no power numbers included either. It is highly likely that as with their performance numbers, the power numbers may have also been fabricated.

Apple claimed that their new chip offered 90% better performance at the same power and higher performance than the 12900K while sipping in 100 Watts lower power, the benchmarks below don't show such performance claims:

This should tell you how much confidence you should put in Apple's own numbers for their SOCs. It looks like the official benchmarks were performed under select-workloads that favor the M1 Ultra CPU and not with real-world applications.