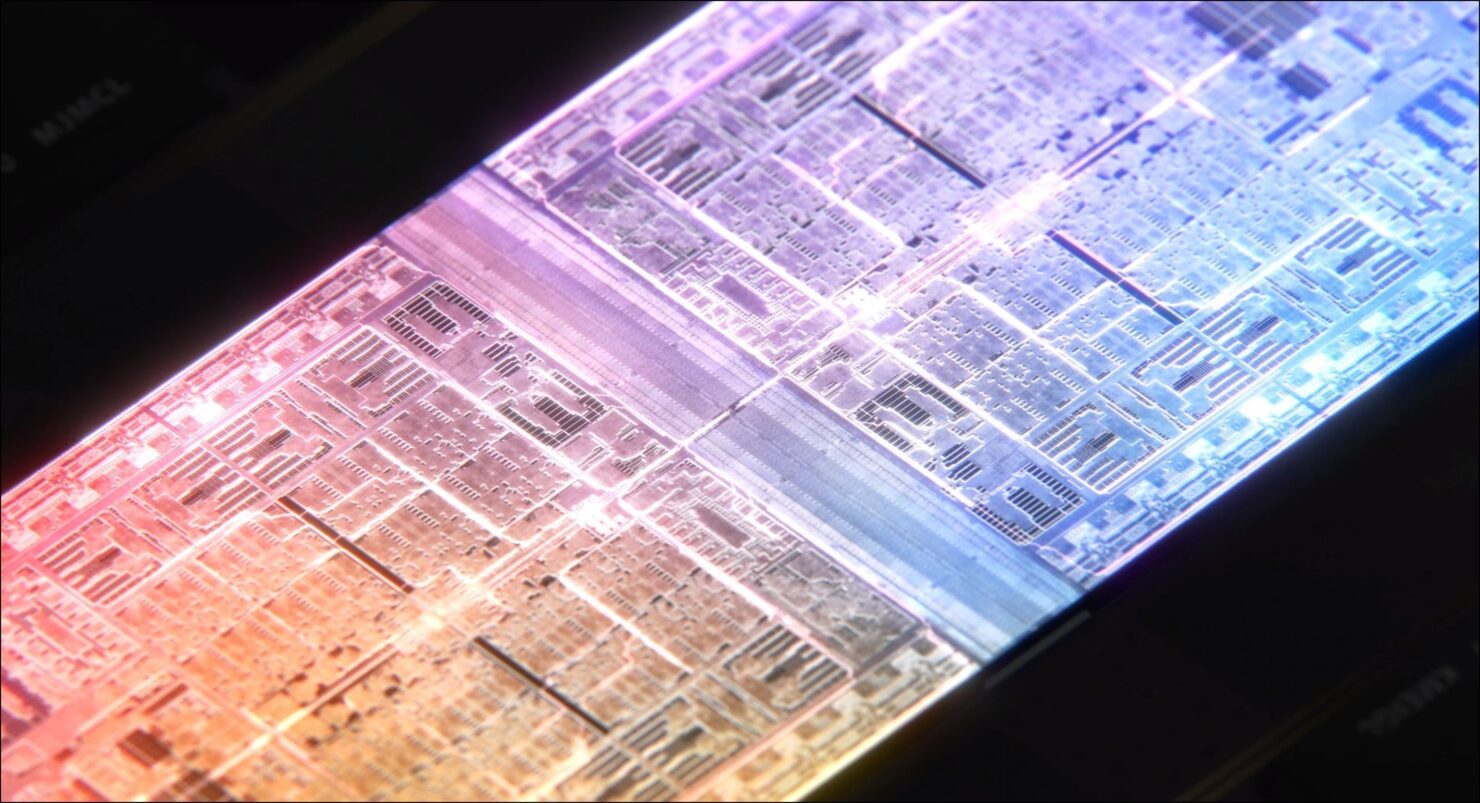 Yesterday, Apple revealed its Apple M1 Ultra SOC, featuring a beast of a design that is achieved through its UltraFusion architecture. The chip was touted by Apple as the world's most powerful processor but with the newly leaked benchmarks, we can now show how valid those claims were.

Now, the first independent benchmark of the Apple M1 Ultra SOC has leaked out at the Geekbench 5 database and we can finally compare it to other CPUs in this specific test.  The benchmark shows the Apple M1 Ultra SOC with the same 20 core design as announced yesterday. These are 16 high-performance and 4 high-efficiency cores. The benchmark shows the base frequency at 3.18 GHz & that's the same 3.2 GHz ballpark that the other three M1 chips feature but the boost frequency is going to be different considering this chip offers more cores. 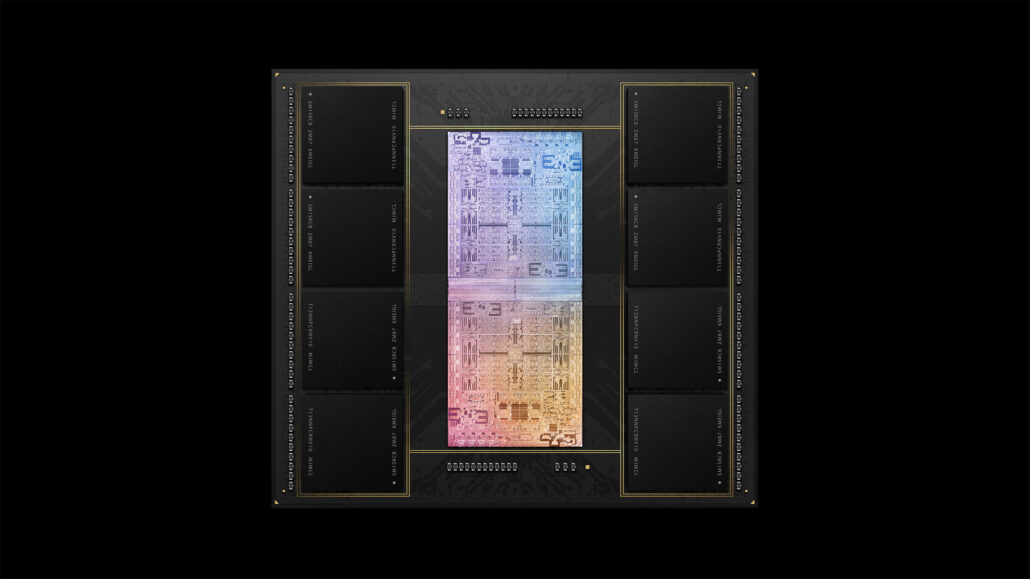 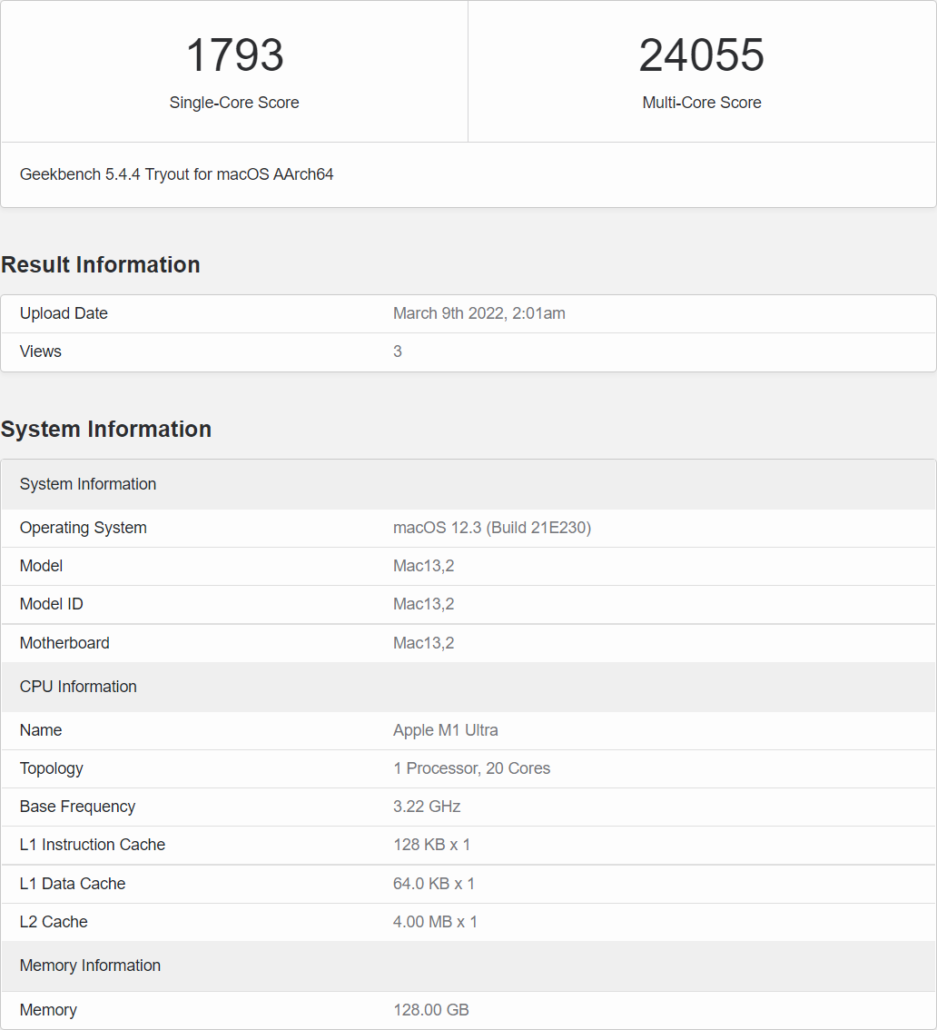 So starting with the very first comparison, we have the Intel Alder Lake flagship, the Core i9-12900K CPU, which Apple claimed they were significantly ahead of at the same power level and on par at the same power level. The Apple M1 Ultra SOC here was running at its full-power envelope so there don't seem to be any power constraints. In single-core, the Intel CPU delivered a 14% higher score but lagged behind the Apple SOC in multi-threaded tasks with a 20% lower performance. Again, if Apple's claims are true, then this chip would be running at the same power level and beats Intel's fastest desktop chip in multi-threaded performance while coming close in single-core tasks. 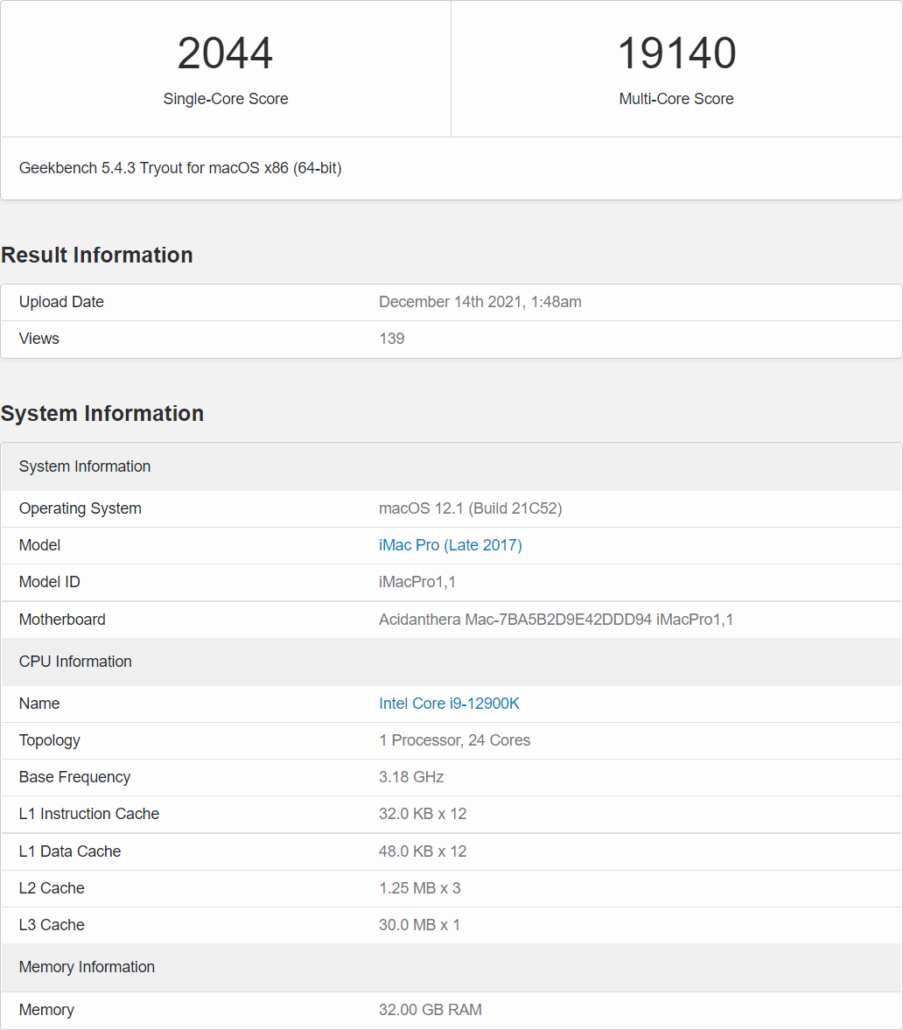 Next up, we have the comparison against AMD's Ryzen Threadripper 3970X, a 32 core chip. The CPU scores 1294 points in single-core and 25697 points in multi-core tests within the macOS. It's definitely not the fastest single-threaded chip owing to its lower clock speeds versus the standard Ryzen parts but in multi-core tests, it offers 7% higher performance. Again, the difference here will be the power numbers and Threadripper is a very power-hungry 280W chip so offering 39% higher single-core performance and coming in the single-digit range in multi-core performance is again an impressive showcase for Apple. 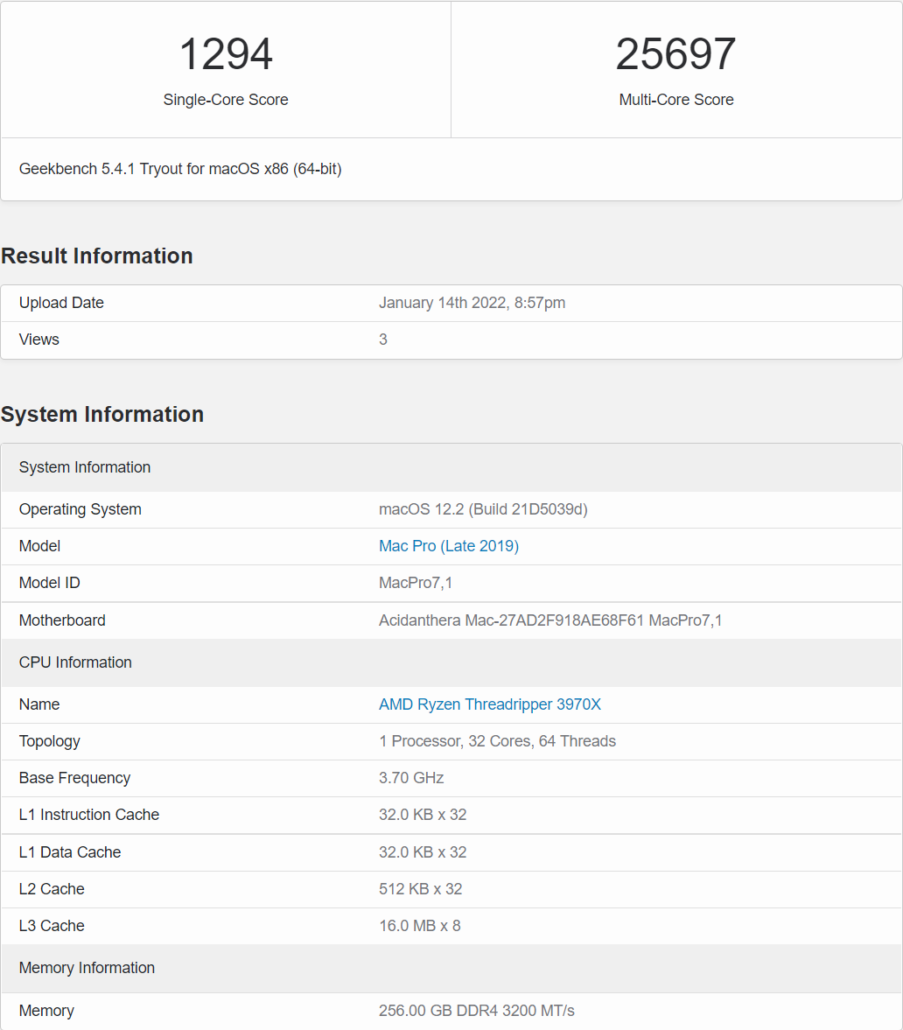 The one-chip the M1 Ultra SOC does beat out handily is the AMD Ryzen 9 5950X 16 core CPU and in both single and multi-core tests. The Ryzen 9 5950X scores 1553 points in single-core which is 13% slower and 15257 points in the multi-core test which is 37% slower. The SOC might also be sipping in much lower power than the Ryzen CPU. 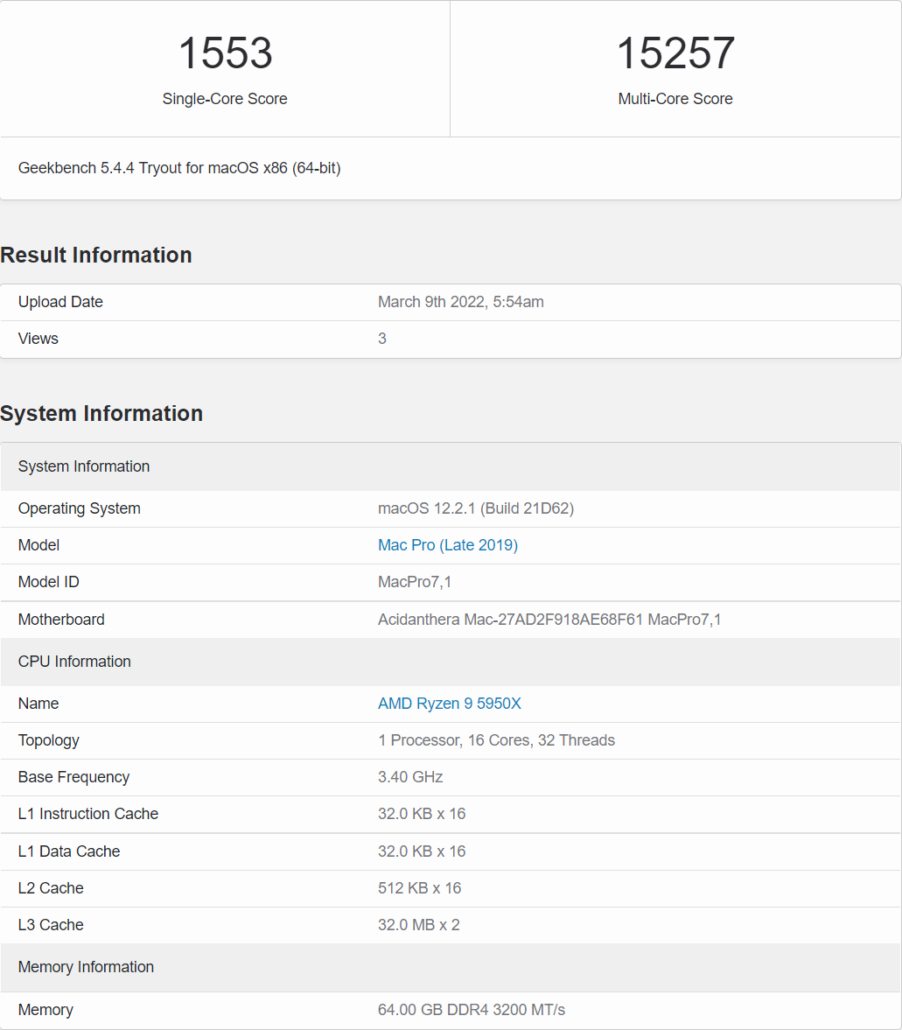 With the fastest Intel and AMD chips out of the way, next up, we can compare the Apple M1 Ultra SOC with Apple's own M1 Pro and M1 Max SOC which offer 1757/12334 & 1770/12448 points in the same benchmark tests. The Apple M1 Ultra SOC offers similar single-core performance since it has a similar architecture even if it's clocked a bit lower but the multi-core score is twice as fast as you'd expect from twice the number of cores compared to the Max and Pro SOCs.

So rounding up all the single-core and multi-core benchmark numbers, we have the following results:

Again, a very impressive showcase for Apple's M1 Ultra SOC in its flagship configuration & it would be even better if we got to see some power figures and GPU performance numbers but alas, that's something that we have to further wait for. M1 Ultra SOC is currently shipping with the new Apple Mac Studio with a starting price of $3999 US (Pre-Order).