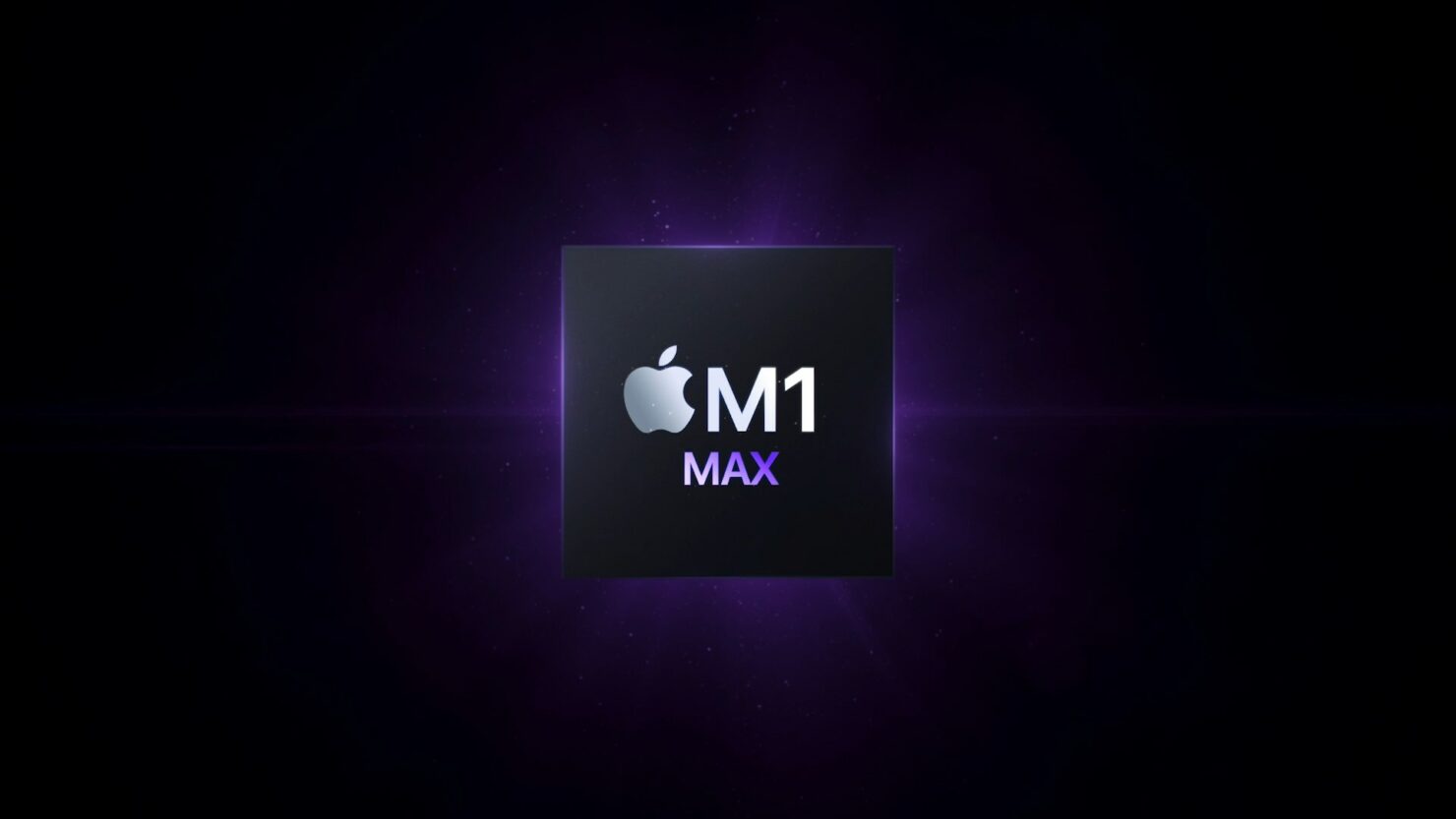 The first unofficial Apple M1 Max CPU benchmarks have leaked out which show how the chip performs in single and multi-threaded tests in Geekbench 5.

Apple announced its flagship and fastest M1 chip, the M1 Max CPU at the Unleashed event just a few hours ago and we provided a very detailed dissection of the specs it rocks over here. Apple has touted a performance improvement of up to 70% over the original M1 chip but we have to see unofficial and independent results to see who the chip actually performs before taking Apple's word for it. 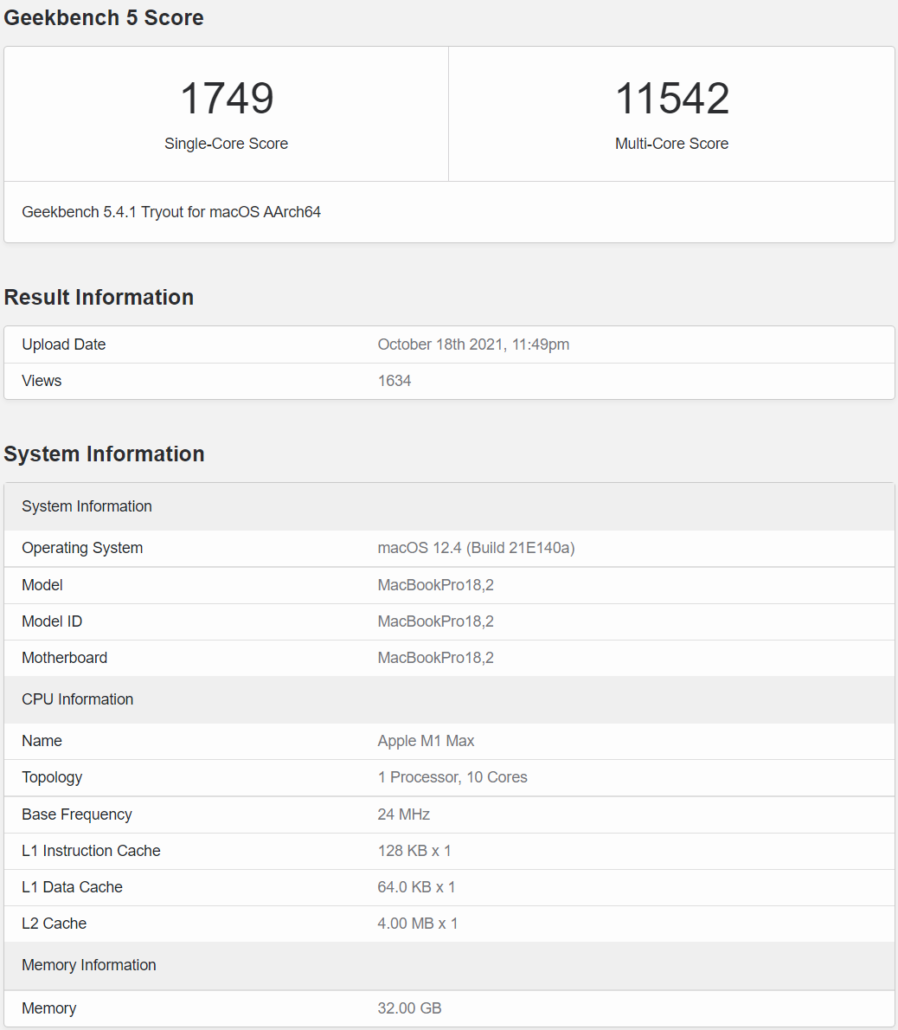 Looking at the performance benchmarks leaked within Geekbench 5, the M1 Max CPU scores 1749 points in the single-core and 11542 points in the multi-core tests in macOS 12.4. The Macbook Pro 18.2 variant is used which is not an official configuration as the company has only announced 14.2 and 16.2-inch variants. This could be an internal test platform that Apple used but didn't release in the market yet. It may or may not see a launch in the future.

As for performance comparisons, the M1 CPU on the MacBook Pro 2020 rocks 8 cores and has a clock speed of around 3.2 GHz. The M1 Max rocks 25% more cores (10 vs 8) and we can also expect slightly faster clock speeds on TSMC's 5nm process node. This has led to a 2-3% performance increase in single-threaded workloads but the CPU really shines within multi-threaded tests. We are looking at an average of 55% performance increase in multi-threaded tests over the MacBook Pro and iMac featuring the original M1 chip versus the M1 Max.

Since the chip was compared within the Apple macOS environment, it is unwise to compare the chip against x86 offerings from Intel and AMD as their benchmarks are reported in either Windows 10 or Windows 11. The score puts the Apple M1 Max on par with a Mac Pro featuring the Xeon W-3235 chip with 12 cores at 3.3 GHz. Despite the different OS, the M1 Max still outperforms the AMD Ryzen 9 5800X, Intel Core i9-11900K, and the Core i9-10900K in the multi-threaded tests which are listed over at Geekbench 5's own benchmark database.

This is a very impressive showcase for the M1 Max chip which is expected to have a power rating of around 50-60W when running alongside its 32-core GPU. We will keep you updated as we find more benchmarks for the newly launched chip.