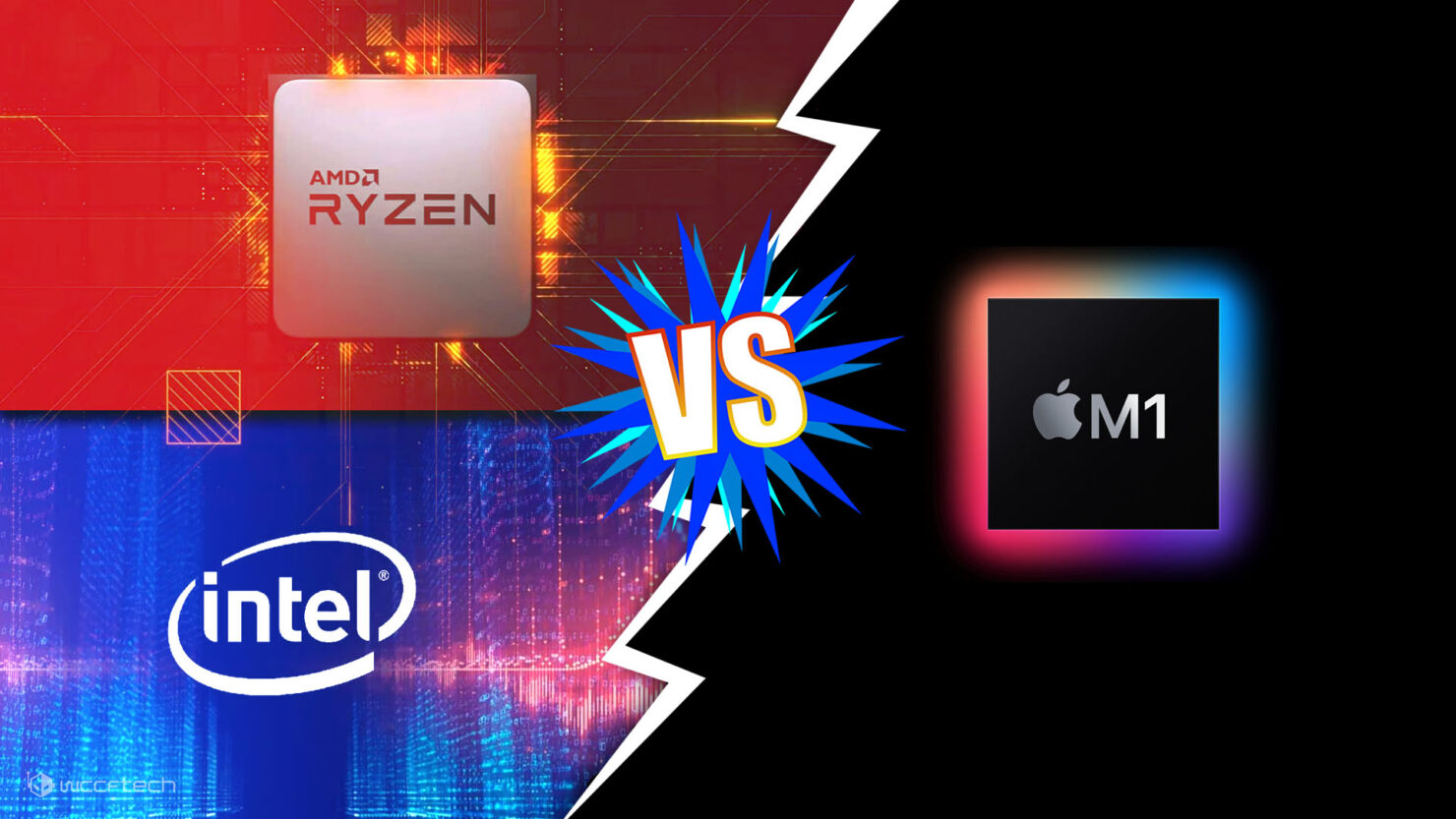 The latest single-core performance benchmark for Apple's M1 8 Core ARM CPU has been unveiled and it's faster than the fastest 8 core offerings from both AMD and Intel. The Apple M1 will be used to power Apple's next-generation Macbook and Mac lineups, offering single-core performance on par with the current-generation desktop processors from rivals, AMD and Intel who rely on the x86 CPU architectures.

The Apple M1 CPU is based on the ARM architecture and fabricated on TSMC's 5nm process node. Apple touted during the official unveil that the M1 will offer the best-in-class performance per watt and also utilize a unified memory architecture which would reduce the overall power consumption for the chip itself.

The Apple M1 8 core CPU tested here is an 8 core part (4 Firestorm ARM & 4 Ice-Storm cores) that was pitted which was clocked at a base frequency of 3.2 GHz which is far lower than the base clock frequencies for the 2 chips it was measured in performance against. We already provided a more detailed analysis of how the M1 fares against the latest mobility parts from Intel and AMD here. 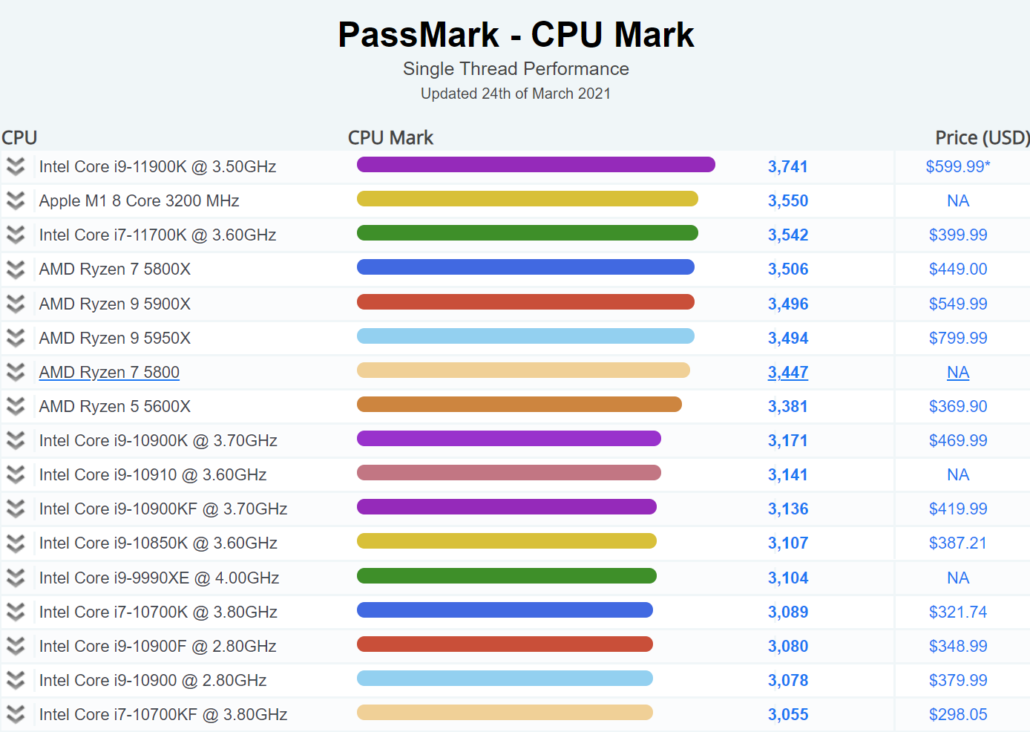 Apple's M1 8 Core ARM CPU appeared within the Passmark Single-Thread performance benchmark chart and showed some impressive numbers. The CPU managed to obtain 3550 points in the test & ended up faster than Intel's upcoming Core i7-11700K 8 Core CPU which scored 3542 points in the same benchmark. The AMD Ryzen 7 5800X 8 Core CPU scores 3506 points. Do note that the Intel & AMD processors are based on the latest iterations of their respective CPU architecture. AMD uses its Zen 3 core architecture which is fabricated on the 7nm TSMC process node while Intel uses the 14nm Cypress Cove architecture to power its Rocket Lake lineup. 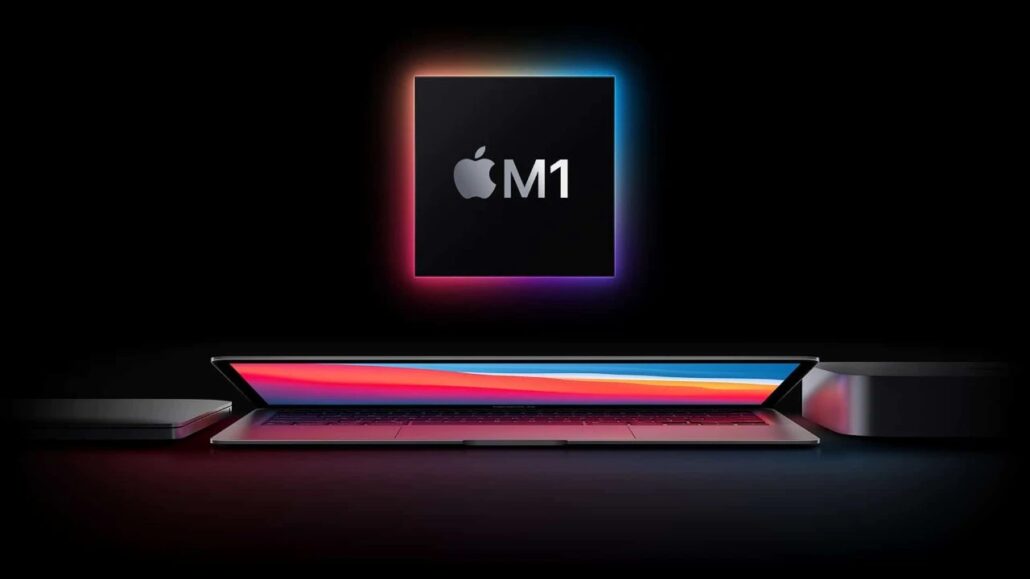 While the performance difference isn't that huge and we are looking at a really small sample size of the Apple M1 CPU, the AMD Zen 3 CPUs have been out for a while so the performance difference is valid for comparison. Intel's Rocket Lake on the other hand is expected to see improved & higher performance once the company rolls out the latest micro-updates in the coming months but still, it is a good showcase of just how close the ARM architecture has gotten with x86.