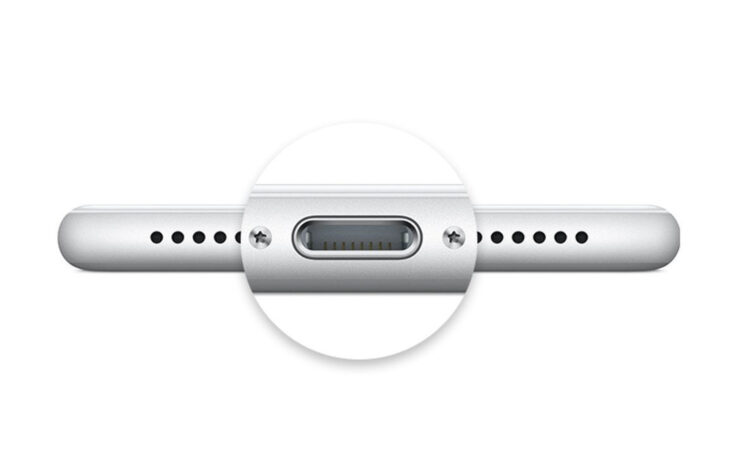 The proprietary Lightning port is used to fuel a number of the company’s iPhones, iPads, iPods, and a lot of Apple’s partners have formed long-term business relationships to churn out a multitude of accessories designed for these products. This ‘extended accessories ecosystem’ would make it extremely difficult for customers to shift to a newer standard immediately. That’s why it comes as no surprise when Apple was defending its charging port, though European lawmakers see things differently and propose that all smartphones should be topped up using a single, standardized port.

Ensuring that a single charger needs to be compatible with all portable devices is a daunting challenge, but some members of the European Parliament want ‘binding measures’ that it’s done. According to the information that MacRumors dug up, the European Commission simply want to encourage tech companies to develop a standardized solution. The available solutions are microUSB, Type-C USB and the Lightning connector. The latter can’t be used as it’s a proprietary connector with which Apple also earns royalty, so that’s out of the equation.

However, even if the Lightning port wasn’t proprietary, it would be difficult to encourage Apple to switch to a ‘single’ solution to charge portable devices. The technology giant issued a statement approximately a year ago, saying that this approach would be deleterious in many ways.

“Apple stands for innovation. Regulations that would drive conformity across the type of connector built into all smartphones freeze innovation rather than encourage it. Such proposals are bad for the environment and unnecessarily disruptive for customers.

More than 1 billion Apple devices have shipped using a Lightning connector in addition to an entire ecosystem of accessory and device manufacturers who use Lightning to serve our collective customers. We want to ensure that any new legislation will not result in the shipment of any unnecessary cables or external adaptors with every device, or render obsolete the devices and accessories used by many millions of Europeans and hundreds of millions of Apple customers worldwide. This would result in an unprecedented volume of electronic waste and greatly inconvenience users. To be forced to disrupt this huge market of customers will have consequences far beyond the stated aims of the Commission.

Beginning in 2009, Apple led industry efforts to work together to promote a common charging solution. And with the emergence of USB Type-C, we have committed alongside six other companies that all new smartphone models will leverage this standard through a connector or a cable assembly. We believe this collective effort by many of the industry’s leading companies is better for innovation, better for consumers and better for the environment.”

It should also be noted that Apple has imagined a ‘portless’ future, and was reportedly thinking about removing the Lightning interface from the iPhone X altogether, but didn’t probably because the Qi wireless charging standard wasn’t where it is today. However, 2021 may bring a whole new level of controversy, as the iPhone 13 is rumored to ship without a Lightning or USB-C port. That’s definitely being one step ahead of these lawmakers don’t you think?

Let us know if you agree with Apple’s thoughts, down in the comments.