Apple watch went for pre-orders last Friday and according to Slice Intelligence, Apple has had a wonderful start with sales that reach out over a million units. Even though pre-orders started a few days back, the actual release date rests on 24th April which is marked according to shipment programs. 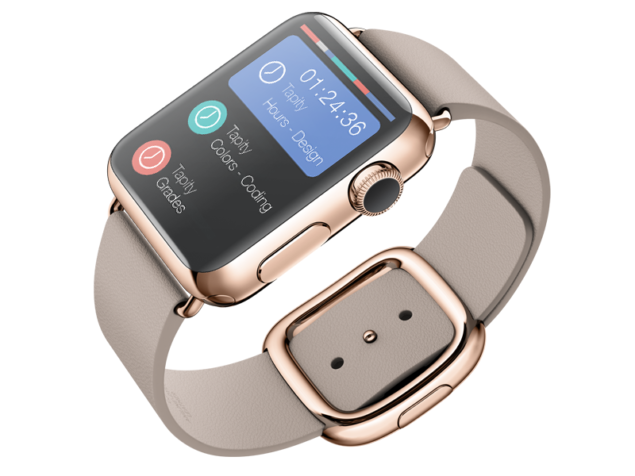 The Apple Watch sale stats represent more than just numbers, it represents competition with other smart watch manufacturers as well as the highest selling variant with various Apple Watch Bands. So as far as the report from Slice Intelligence is concerned, a number of 957,000 units were sold in a single day. Android Wear in contrast sold 720,000 units in the year 2014 and did not move further. Lets head over to a deeper insight over the matter.

As per the pricing scheme, the base line model costs $349 which constituted most out of the total sale reaching out to 62% and the average price per unit gathered up to $503.83. The Sport variant reached down to $382.83 per device and $707.04 for the Stainless steel version of the Watch. The sale figures are high even if it did not take in to account eight other countries which includes Australia and U.K. The sale stats are limited to the U.S market alone. 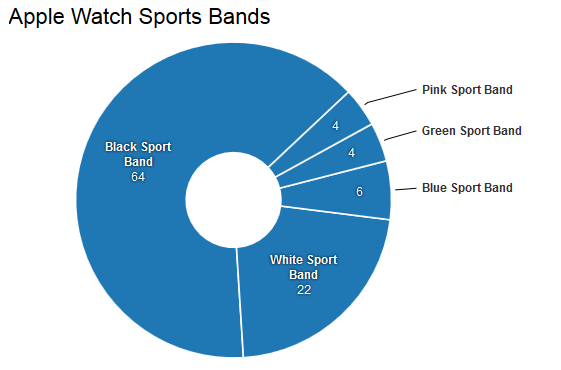 Among the Sports bands, the all Black Sport Band constituted 64% with the White Sport band scoring second highest numbers sold with 22%. The Milanese loop was one of the most sold bands with a 25% share followed by the Link Bracelet and the Black Classic Buckle with 14% and 12% respectively. More details on the bands can be found in the illustrations provided. 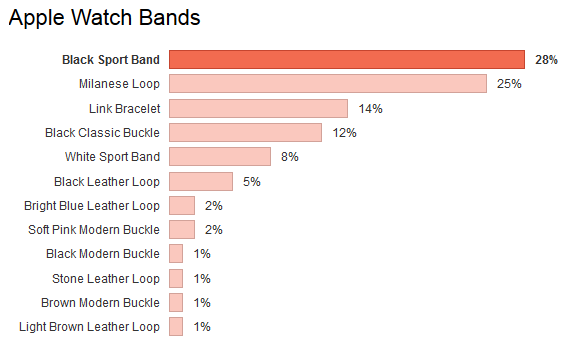 Considering the 2 variants in terms of Apple Watch size, Sport buyers concentrated on the buying the 38mm model while the 42mm model was high in demand. The Space Gray model with aluminium finish was the model most popular for buyers and sold with all its glory and out of the total sales constituted 40% of share. The Stainless Steel version in Silver accounted for 34% of the total.

All the pre-orders have been delayed and if you're up to buy one, you will have to wait a while. Only some of the 38mm models of the stainless steel version are set to sail in the U.S in the coming three to four weeks. It all depends upon the secret inventory that Apple has else there will be a lot of wait for some potential customers. As more details come in, we will surely update you. As for now let us know what's your favorite model out of all the variants.