Apple launched its third generation of iPhone SE lineup a few days ago and the device features the same old design. However, the design of the device is not as impressive as the internals powering it. The iPhone SE 3 comes with Apple's latest and greatest A15 Bionic chipset which is also found in the iPhone 13 series. What this means is that the budget iPhone will offer the same level of great performance as the iPhone 13 Pro Max. However, it may come as a surprise but the iPhone SE 3 beats Samsung's mighty Galaxy S22 Ultra in benchmarks. Scroll down to read more details on the subject.

The model identifier number for the new iPhone SE 3 is "iPhone 14,6," and Geekbench scores for the device are now out. iPhone SE 3 benchmark reveals a single-core score of 1695 and a multi-core score of 4021. These scores are pretty much on par with the iPhone 13 at 1672 and 4481 for single and multi-core scores, respectively. It is surprising to see that Apple added its flagship A-series chip to its budget iPhone.

What is even more surprising is the fact that Apple's budget iPhone SE 3 beats the Galaxy S22 Ultra in benchmarks comparison. The Galaxy S22 Ultra features a single-core score of 1232 and a multi-core score of 3433. The device is powered by the latest Snapdragon 8 Gen 1 processor and it is the fastest chip for Android devices in the market right now. While the two platforms offer their own set of qualities, it is still shocking to see that the cheapest iPhone that Apple is selling outperforms the flagship Galaxy S22 Ultra from Samsung. 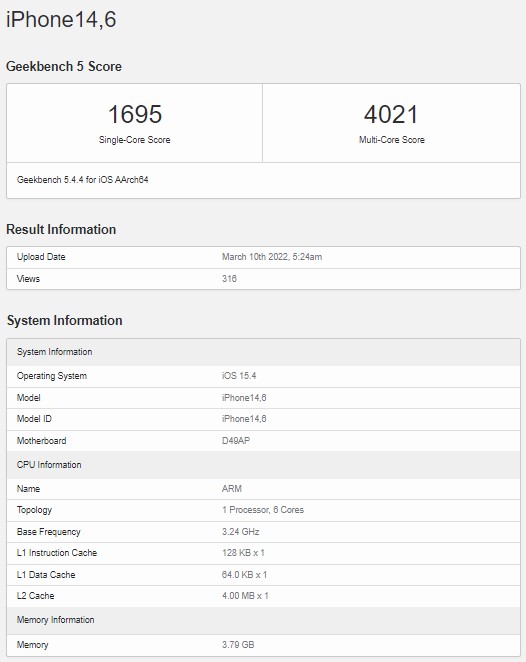 Apple has increased the price of its iPhone SE 3 lineup by $30 and it comes in at $429. However, the design of the device plays a major role for users and we only wish Apple adopted a design similar to the iPhone XR. Apple might probably use the iPhone XR design in its future iterations of the iPhone SE lineup. While the iPhone SE 3 scores better in benchmarks, it is vital to know that the real-world performance might vary. We will wait for the proper performance comparisons as soon as the device is available to the public.

Other than this, Apple has also enhanced the battery life of the iPhone SE 3. While the battery size has been increased, the A15 Bionic chip is also less power-hungry compared to older models and it would aid in making the device last almost an entire day. If you want to see more details on the iPhone SE 3 battery life, you can check out the comparison with older and newer iPhone models. 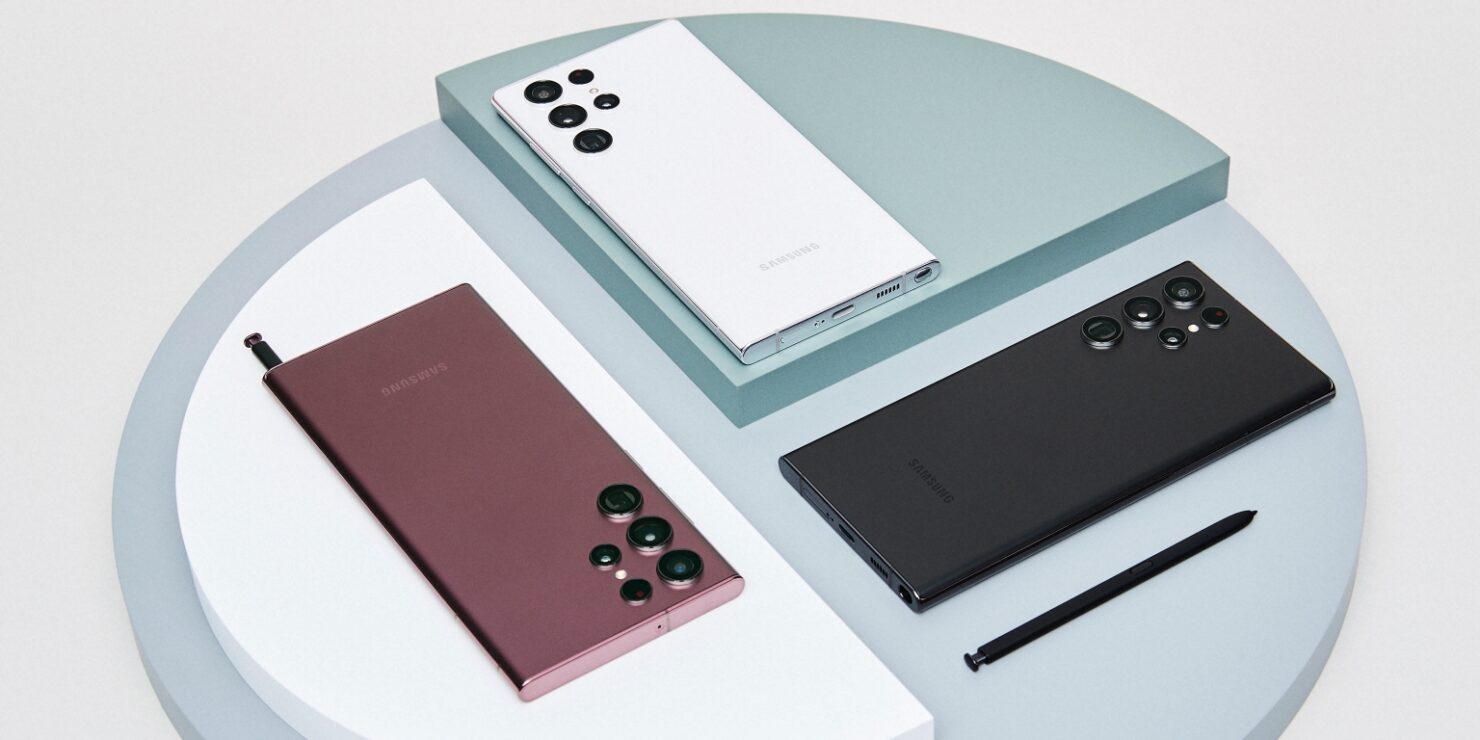 Apple is running in the right direction as far as its custom silicon is concerned. The A15 Bionic chip offers far superior performance compared to any mobile chip in the market. Moreover, with its efforts in the M-series chips, Apple is gradually moving away from Intel. The Mac Pro might be the last product Apple updates before its transition is complete.