It seems as if the elusive iPad Mini is not okay with iPhone 5 hogging the spotlight as of now. With merely five days left before the official iPhone 5 announcement, we are seeing images of what is allegedly an iPad Mini back cover being posted online. Whether or not Apple announces both of these devices at one single event, it goes to show that an iPad Mini really is a plausible possibility. It has already been widely rumored that both of these devices will be unveiled at the iPhone 5 release event. 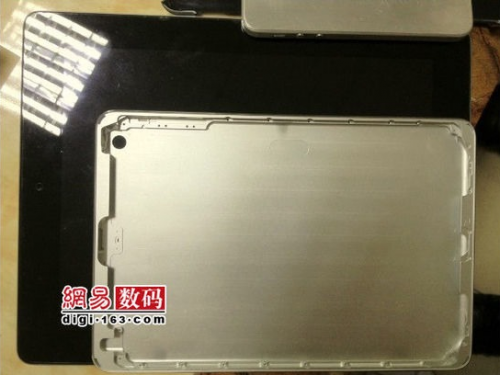 Let's just take note of the tablet market. Apple started the tablet boom back in 2010 when the first iPad was launched. Since then almost every other manufacturer has released a tablet yet the iPad remains an undisputed champion. Then something unusual happened last year. Rather than try to steal the iPad's market share, Amazon released a tablet that created its own market. The 7 inch Kindle Fire tablet sold like hot cakes, the fact that it retailed for $199 only helped a lot as well. When sales of this Android powered tablet sky rocketed, we started hearing the possibility of an iPad Mini with a display of around 7 inches. 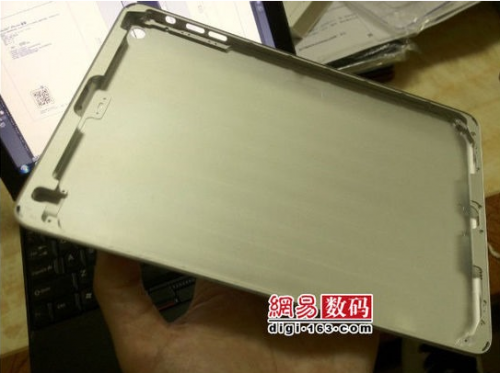 Since then we have read countless rumors and have seen various part leaks. There is still no official word from Apple about the existence of such an iPad. We have been hearing for quite sometime that Apple will announce iPad Mini at iPhone 5 release event, however the device will begin shipping either in October or November. The iPhone 5 on the other hand is expected to begin shipping as early as September 21. 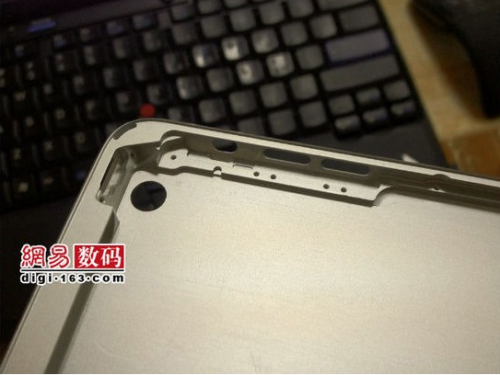 These images of an alleged iPad Mini back cover confirm whatever we have been hearing about this elusive tablet. The display itself will be of 7 inches while the tablet will have a dramatically thin profile. Moreover slot for a smaller dock connector is evident as well as an opening for the back camera. That's just about it. The legitimacy of this particular part can surely be questioned, but it is said that this part has been received from an OEM based in China.

The only thing which remains to be seen now is whether Apple announces, if it is even going to, the iPad Mini at iPhone 5 release event. If not then surely a special event will be conducted sometime in October or November.