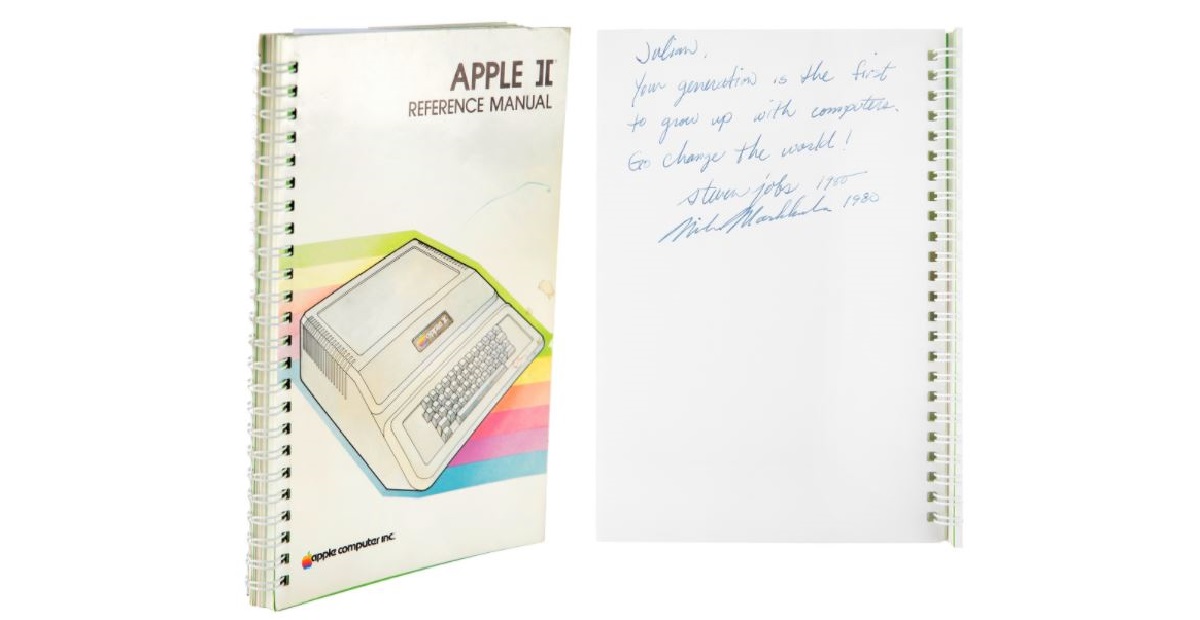 Apple's late CEO Steve Jobs was one of his kind, revolutionizing the computer industry as we know. Now, the Apple II manual signed by Steve Jobs and Mike Markkula sold for a whopping $787,484 at an auction with 46 bids. This is not the first time that we are seeing an item signed by the late Apple CEO selling for thousands of dollars. Scroll down to read more details on the scenario.

The Apple II manual is 196 pages and it was addressed to Julian Brewer who negotiated disruption rights for Applenin 1979. The manual holds a personal message by Steve Jobs that reads "Julian, your generation is the first to grow up with computers. Go change the world! Steven Jobs, 1980,"

Julian recalls, "I was sitting in my bedroom writing games on my Apple II when Dad called me down to meet some guests. To my amazement it was Steve Jobs and Mike Markkula. I had the manual with me and only later understood how rare it was for Jobs to sign anything, let alone to write an inscription like this. He got on well with Dad, so I feel the inscription was made with care."

RR Auctions sold the Apple II manual and the site has also auctioned off other Steve Jobs memorabilia. For instance, a copy of the MacWorld #1 signed by Steve Jobs and Steve Wozniak sold for a whopping $201,021. In addition, a leather jacket worn by Steve Jobs in 1983 was sold for $66,466. 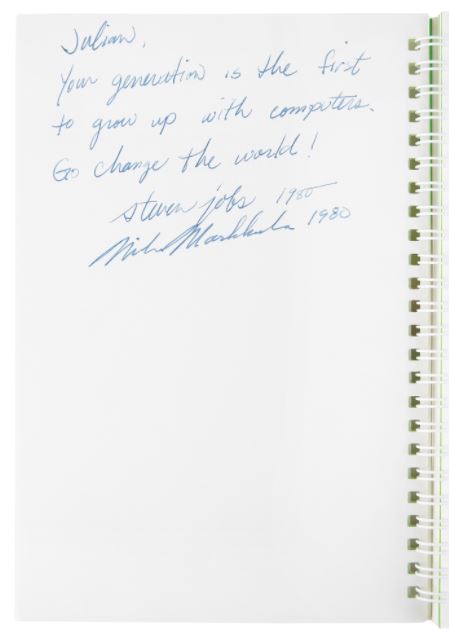 Steve Jobs' memorabilia are sold for great amounts and we have witnessed it in the past. For instance, the Steve Jobs handwritten job application was sold for $222,400. This is all there is to it, folks. What are your thoughts on the Apple II manual being sold at the auction? Let us know in the comments section below.