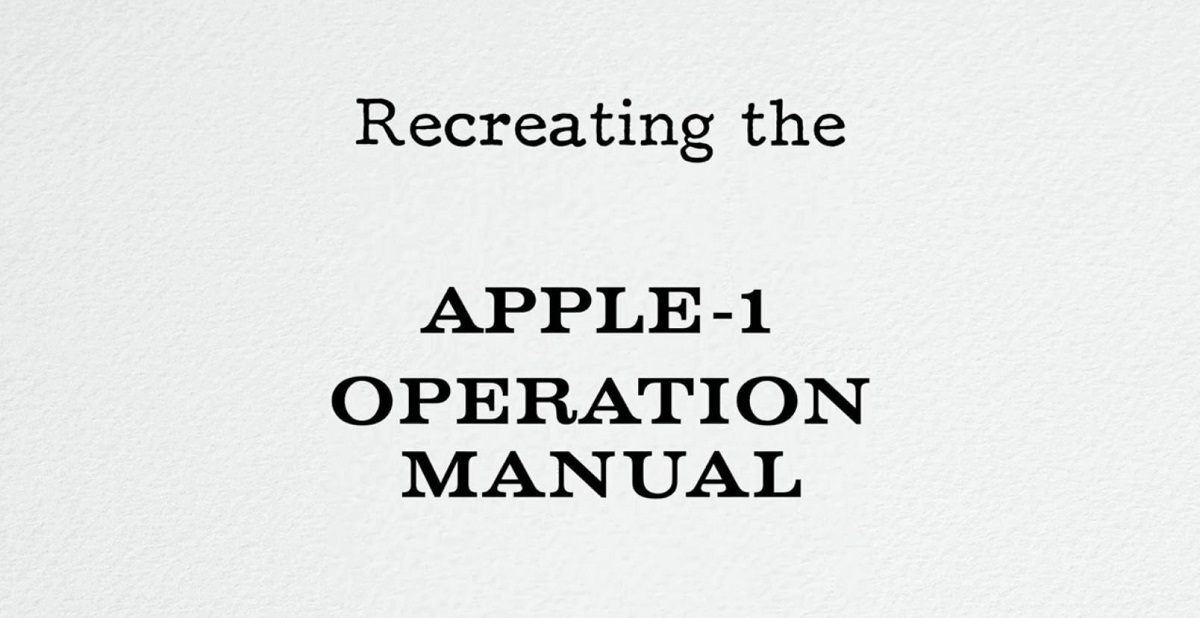 Being a fan of Apple and its products is one thing, but the obsession has its own course. A fan recreated the Apple I manuals with utmost precision that it almost looks like a real deal. The Apple I manuals sell for thousands today if you manage to have the original copy. While reproductions are available, the quality is compromised due to poor quality scans. However, one Apple fan saw fit to recreate his own version of the manuals.

Take note that creating the precision level to the extreme requires hardwood and dedication. This is exactly what a fan did and reaped the results with near-identical Apple I manuals. He had to position letters by hand which is a tedious task, to begin with. Moreover, it required research to find out the appropriate typefaces used, which includes the one from the IBM electric typewriter. The video is shared by Retroplace on YouTube.

For a reprint to be as true to the original as possible, the position of each individual letter had to be accurate to the fraction of a millimeter. In plain language: every single letter had to be exactly positioned manually […]

But the worst was yet to come: re-tracing, re-drawing the schematics. You need to understand that most of the lettering was made with a template specifically made for technical drawings (or maybe a leroy set?). Which means: Ronald G. Wayne, responsible for the schematics back in 1976, drew every character by hand.

Moreover, copyright is a thing and everyone selling such material should know about it. However, this was not much of an issue for this Apple fan.

The reason lies buried in American copyright law, which declares any publication “public domain” that a) had been published before 1977 and b) does not feature a copyright notice (Source). Which is exactly the case here. It is quite possible, by the way, that Apple intentionally waived the copyright notice as the Apple-1 was developed by Steve “Woz” Wozniak before Apple officially incorporated on April 1st, 1976.

You can watch the video of the process and check out how hard it is to recreate the Apple I manuals. This is all there is to it, folks. Share your views with us in the comments.