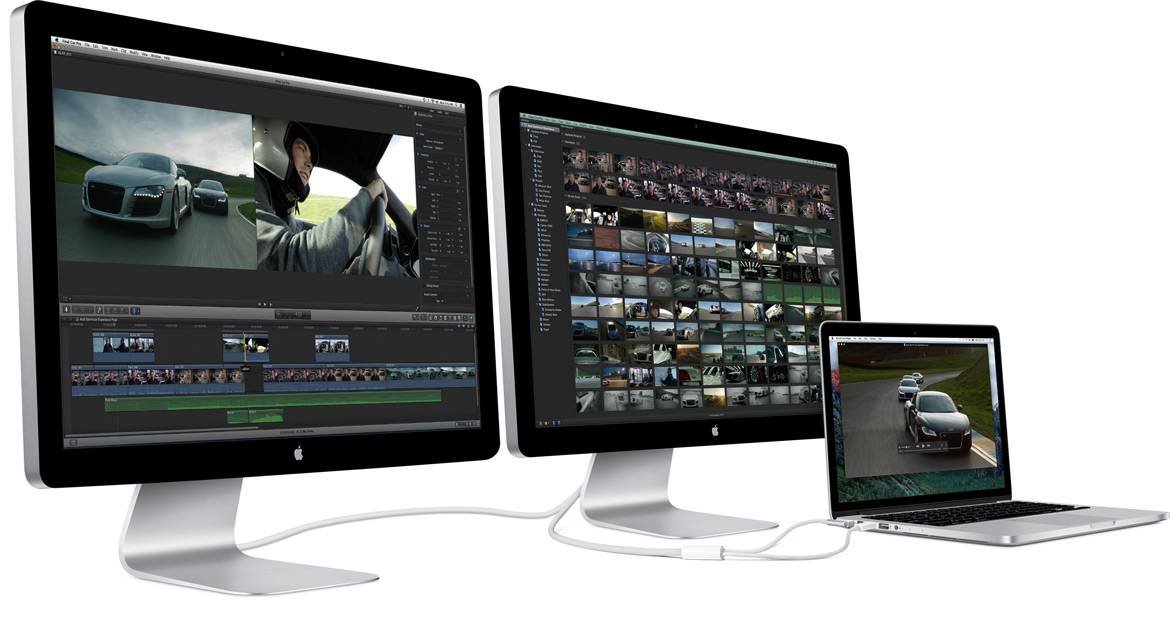 Apple has announced today that it is going to be discontinuing its Thunderbolt Display, which in case you didn’t know, is a large external display many use to connect to MacBooks or other Macs for extra screen real estate. Apple normally does not discontinue its products like that, not unless the company has a better model in the works.

With the Apple Thunderbolt Display Discontinued, It Probably Means That The Company Could Be Ready To Announce An Even Better Version Of The Display In The Near Future

Neither Apple nor Apple’s spokesperson have confirmed that a newer model is in the works, but the Cupertino tech giant does not need to say a word since the firm’s actions alone define what it is going to be up to. The discontinuation of the current Thunderbolt Display most likely means that a display boasting a resolution of 4K or even 5K is going to be announced in the foreseeable future. While users can still get more real estate with the current lineup, having more pixels will grant you even more real estate, especially for work purposes.

Currently, the highest resolution of an Apple iMac is 5K and if you decide to extend that display through a Thunderbolt display, which sports a resolution of 2560 x 1440, the disparity in the number of pixels will definitely be discomforting to the eyes.

An Apple spokesperson told TechCrunch the following concerning the availability of the Thunderbolt Display:

“We’re discontinuing the Apple Thunderbolt Display. It will be available through Apple.com, Apple’s retail stores and Apple Authorized Resellers while supplies last. There are a number of great third-party options available for Mac users.”

Fortunately, while stock still lasts, you can purchase a Thunderbolt Display, and there’s even a high chance that you will be able to get one at considerable savings, if you’re quick enough. We expect that the new display family is going to be announced when Apple is prepping to release its MacBook Pro lineup, which is going to be first even notebook family from the company to feature an OLED display panel and such a feature is going to be present right above the physical keyboard.

The ThunderBolt Display features a 27-inch display and sports a $999 price tag, which to be fair is quite steep as you can easily snag yourself a decent UHD monitor for a much lesser price tag. Let us hope that the next display that resonates a resolution of 4K or 5K will be offered at the same price tag.