The iPhone's lock screen has been the same as far as we can take our mind back in time. Sure, it has seen many cosmetic upgrades over time, such as the ability to access the device's camera without unlocking your device, but the basic outlook has always remained the same, even on the yet to be released iOS 9 software for iPhone, iPad and iPod touch.

See, the thing is, we don't have any beef against Apple regarding the iOS lock screen. It's great. It works. And it gets the job done. But, in all honesty, we believe that it's the right time for Apple to step things up a notch regarding how the lock screen actually works, rather than just showing notifications in chronological order to the user as well as the time up top.

Today, we have come across an iPhone lock screen concept that has instantly turned on our drool switch. And the best thing is: the concept comes from an ex-Apple designer, Louie Mantia, who worked under the iTunes design team, before taking off from the company in 2011.

The concept features a very straightforward design approach, and makes the notifications look more meaningful, compared to how they are presented in their current form. Instead of showing notifications in chronological order, in which things can easily get lost over a passage of few hours, you get a simple and elegant icon of the app for which the notification is available. And to top things off, you get the old faithful weather update at the bottom of the lock screen. 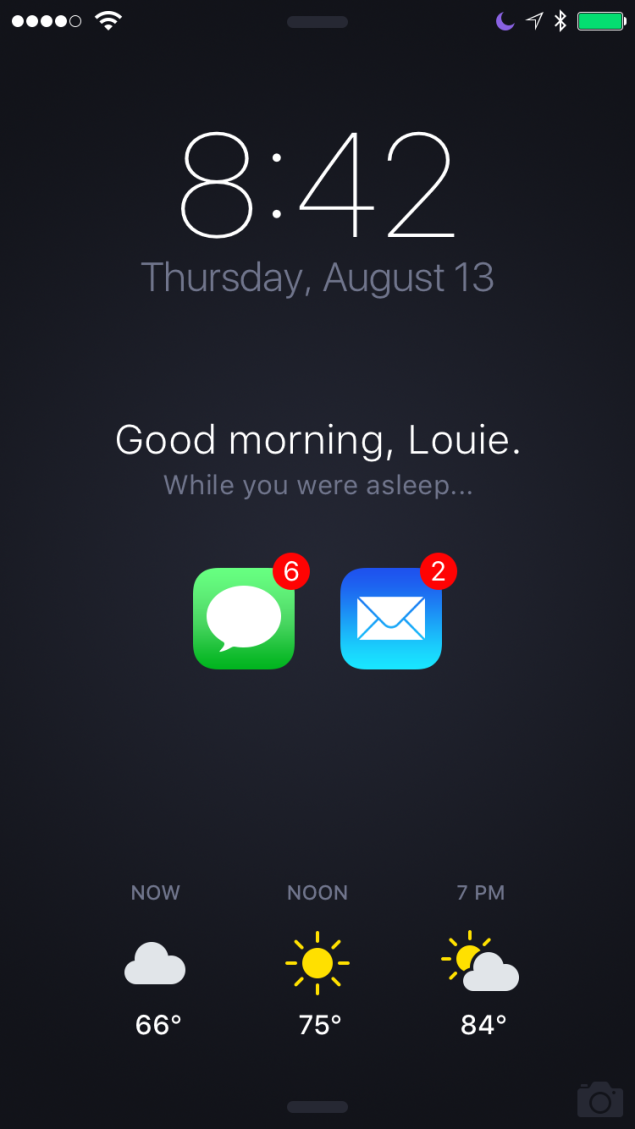 While the concept looks entirely slick in our books, it's highly likely that Apple won't jump ship and go ahead in making this a reality. We know for sure that with iOS 9 we won't be getting such a thing, so don't hold your breath for it just yet.

Speaking of iOS 9, Apple's upcoming mobile operating system for smartphones and tablets is set to go live this fall along with the release of two new iPhones from Cupertino. While there are a ton of changes under the hood for consumers and developers alike, we really wished Apple had went for a drastic makeover this time around, breaking away slightly from its usual design ethos.

What are your thoughts on the iPhone lock screen concept above? Do you think Apple should turn it into a reality or do you prefer how things are in their current form? Do let us know in the comments section below.