The iPod was a major breakthrough that paved the way for innovation and changed how users listened to music. However, it has been recently discovered that the iPod happened in a single year, from its design to release. CEO of Stripe, Patrick Collision shared a story stating that Apple's Ex-SVP, Tony Fadell describes the timeline of the original iPod. It took Apple a single year to design, engineer and release the iPod to the public. Let's dive in to see some more details on the subject.

The iPod did not start as the iPod but a hard-drive-based MP3 player by Apple before Fadell joined the company in late January. He pitched the idea to Steve Jobs in March and the team found partners in April and the first shipments were sent out to customers in November. Other theories regarding the original iPod as an MP3 player was running swiftly in the company for quite a while. It all started to appear when Apple acquired SoundJam and started transforming into the iTunes app which saw a public release of January 9, 2001.

Considering how much Apple spends on research and development, it's a revelation to see how fast the process went. In addition, it's amazing to see how the entire timeline of the iPod in a single screenshot. Jon Rubinstein, the head of Apple hardware engineering discovered the small form-factor of 1.8-inch hard-drive from Toshiba. Fast forward, this became the original iPod's first component. 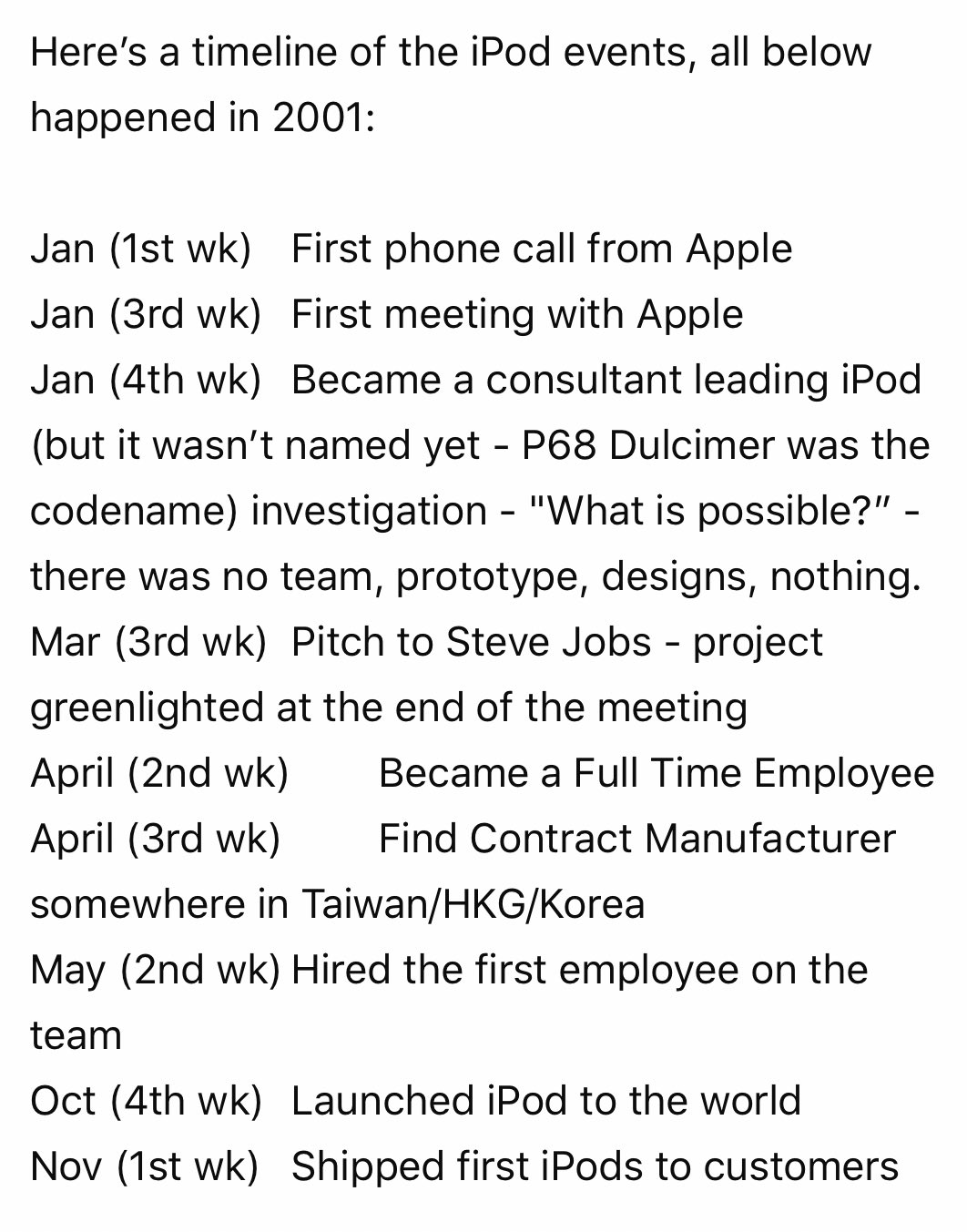 Considering Apple's current scale, the idea that the original iPhone was designed, manufactured and released in a single year is incredible. With the size of the company and the market share that it has to cater now demands a solid supply chain in order to support millions of units. In addition, technology is now way more advanced and the competition is immense.

Apple's first iPhone was released two and a half years after the company started working on the touch-screen project, which excludes the number of years put into research and development. Hence, in that regard, the original iPod experienced the release a lot early. It's amazing to see how things naturally fell into place for the iPod, also taking into account the effort of the talented people involved in the process.

That's all for now, folks. What are your thoughts on the revelation? Share your views with us in the comments section below.